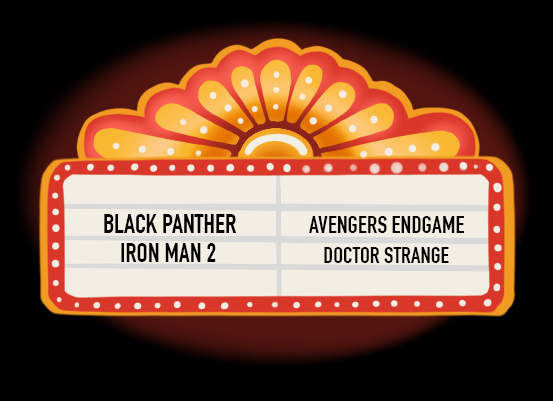 About 12 months ago, when interviewed by Empire Magazine, director Martin Scorsese criticized Marvel movies as “more like theme parks than cinema.” This year, as the movie industry is hit tremendously by the global pandemic, it is time to reevaluate the place of thoughtful cinema in our cultural life and support it more generously than ever.

In 1911, Italian poet and film theoretician Ricciotto Canudo published his article, “Birth of the Sixth Art,” labeling cinema as the sixth art behind architecture, sculpture, painting, music and poetry. Later, dance and drama were added to this list. This article marks the evolution of the public’s attitude toward cinema. It is not a series of pictures anymore; rather, it is an organic combination of the physical and the spiritual world.

Just like other forms of art, we attach particular importance to the aesthetic value, narrative structure and underlying themes of cinema. It depicts the most unexpected conflicts in our lives in the most intense ways, reflects the complexity rooted in our nature and asks philosophical questions about human nature. The final emphasis of cinema should be about the emotional connection between the audience and characters, about how each person interacts with humanity.

As technology advances, the pictures become more detailed and the special effects become more lifelike; however, without a good story and the great performance of the actors, films will remain only a series of beautiful pictures.

Today, no one would be scared again by the train in the first-ever film, “The Arrival of a Train at La Ciotat Station.” Likewise, the dinosaurs in “Jurassic Park” look more funny than petrifying these days.

However, the love story between Rick Blaine and Ilsa Lund in “Casablanca” still tugs at the heartstrings, and “Forrest Gump” is still the most iconic image of an honest, brave and loyal American.

If Martin Sheen didn’t meet with Marlon Brando, Francis Coppola would never ask his question about modern civilization, and “Apocalypse Now” would be no different from other movies about the Vietnam War.

Therefore, Marvel movies cannot be called cinema. Admittedly, every child has dreamed of becoming a superhero and saving the world. While the CGI effects of Marvel movies are much more meticulous than any cinema filmed by cameras, the movies’ narrative structure remains the same and their theme never changes.

As the audience enjoys the intense fighting scenes and extensive explosions on the screen, never have they been guided to think beyond the work itself; and without those philosophical and emotional revelations, Marvel movies cannot be called art or cinema.

The relationship between Marvel movies and serious cinema is very similar to that between McDonald’s and local family restaurants. Customers know what they can expect at McDonald’s, but real delicacies always come from chefs with fabulous cooking techniques and passion for food as well as life.

Producing movies in McDonald’s tradition of homogeneity is the secret behind Hollywood’s success. This methodology has brought Hollywood producers and investors billions in profits, at the cost of truly artful cinema.

Last year, nearly all of the highest grossing box office movies were part of franchises. If such a trend continues, most people entering the cinema industry who were inspired by directors such as Martin Scorsese and Steven Spielberg will have no way to realize their dreams of creating art through film; these individuals must compromise their artistic identity if they choose a career in the current “mass-produced” film industry.

We should resist this copy-and-paste style of entertainment and more generously support serious cinema when the media companies try to eliminate the artistic aspects of movies, unless you want “Avengers: Episode 20” to be the only movie playing in theatres in 20 years.