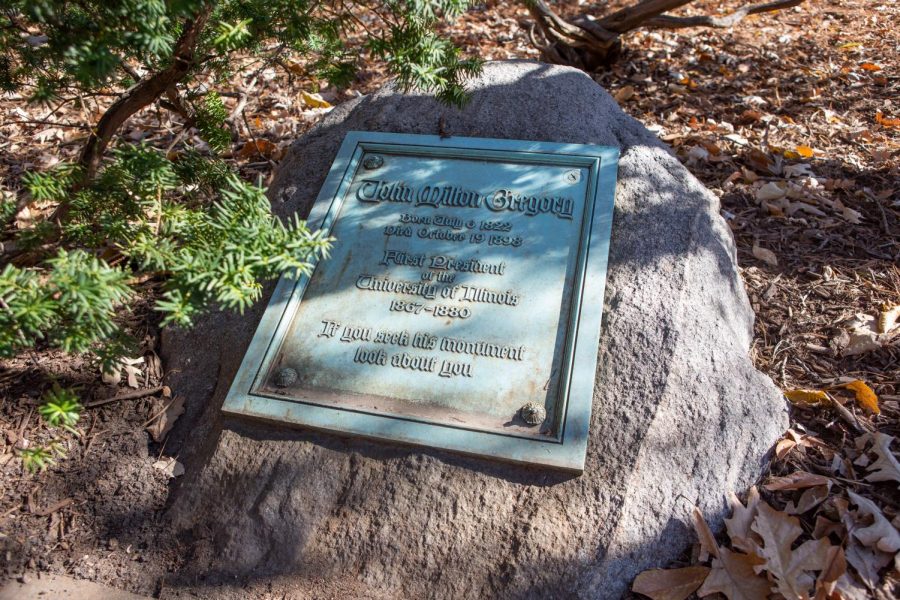 During a normal semester, it is not uncommon to spot a chain of prospective students and their parents trailing a cheery student tour guide through the mobs of undergraduates on the Main Quad. Every batch of visitors hear about the purported tradition of rubbing Lincoln’s nose before exams, the Squirrel Watchers Watchers club and the excitement of Quad day.

The endeavor to make the campus seem quirky and fun is typical among comparable Universities. While there’s certainly a degree of appeal to the lightheartedness, it’s a shame that it is the extent of school history most students encounter.

There’s a rich history on campus and one often doesn’t have to go farther than the names of the halls they walk through every day to discover it. While the etymology of  Lincoln Hall may be obvious, the stories behind halls such as Wassaja, Nugent and Gregory among others are worthy of note.

Wassaja was the original name given to Carlos Montezuma, a member of the Yavapai tribe of Arizona. After being kidnapped as a child by raiders of the Pima tribe, he was sold and adopted by a concerned natural photographer named Gentille. After many travels, Montezuma eventually enrolled at the University in 1880 as the first Native American student at just 14 years of age.

Wassaja wrote in defense of Native American bravery in this very publication, then called the Illini, and graduated President of his class. He soon became the first Native American student of Northwestern University and the second Native American to earn a medical degree in America in 1889.

When the Yavapai faced eviction from their ancestral lands and fought an unwieldy Bureau of Indian Affairs, Wassaja used his education and skills from advocacy at the University to defend his people. He continued to form the Society of American Indians to advance their political interests.

As impressive a legacy as Wassaja left, this story isn’t retold on campus tours. Understandably so, the amenities and dining hall experience are far more pertinent to the college selection process. Still, the stories behind these names provide a context to the buildings that enrich the collegiate experience.

It is quite fitting that this hall is named after Timothy Nugent, who advanced campus accessibility by founding the first of its kind campus Division of Disability Resources and Educational Services in 1948. He later went on to create the National Wheelchair Basketball Association.

The naming of these halls are not just a great honor, they offer future curious students a glimpse into the history of what made this University the great institution it is today. The structure which most perfectly embodies this point is Gregory Hall.

Nestled between the formidable Main Library, Lincoln Hall and Foellinger Auditorium, it can be easy to overlook Gregory Hall. Nonetheless, the everlasting impact of President John Milton Gregory cannot be so easily overlooked.

The University was created as a product of the Morrill Land-Grant Colleges Act of 1862, which was signed by President Lincoln to promote higher education in agriculture and industry. Gregory became the first regent of Illinois Industrial University in 1867. Under his leadership, the University expanded its curriculum to include liberal arts, expanded admissions to women, and created a student government.

Gregory retired after 12 years, but his impact is felt over a century later as his small University of 50 has grown to over 52,000 students.

An observant student can find Gregory’s final resting place on campus hidden between the Henry Administration Building and Altgeld Hall just off the path he walked every day. Marking it is a large stone with an inlaid bronze tablet, reading “if you seek his monument, look about you.” Thoroughly examine your surroundings, there’s great beauty and depth beyond Lincoln’s polished nose.