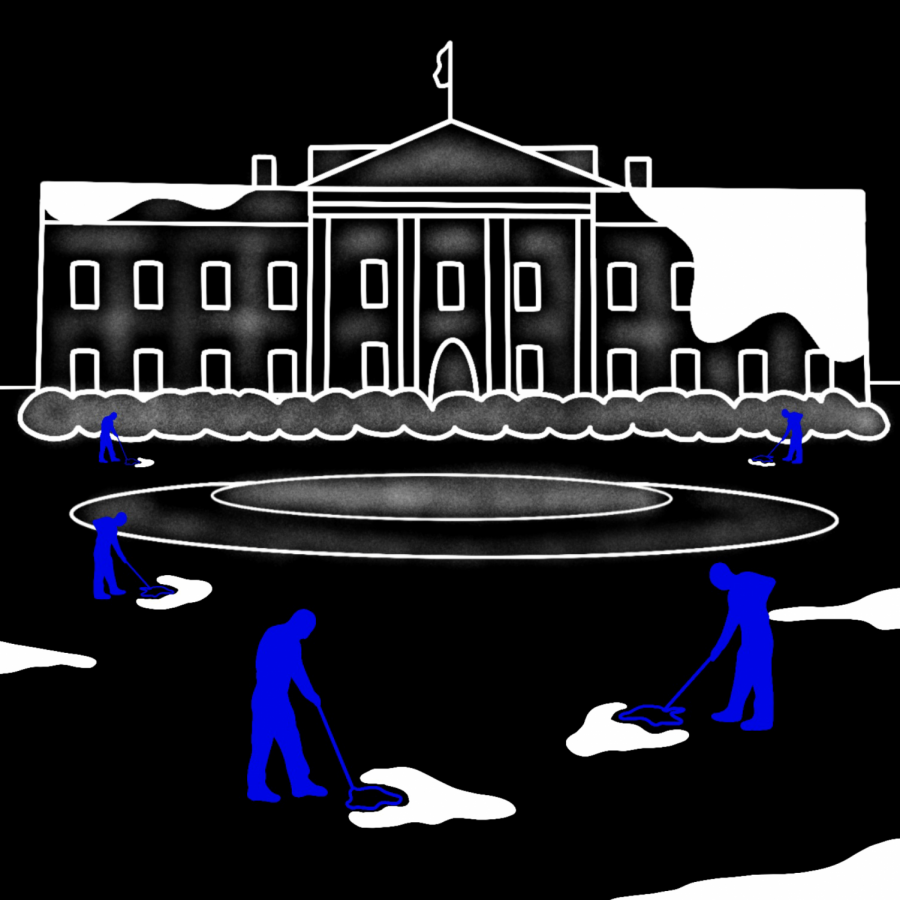 By The Daily Illini Editorial Board
November 12, 2020

After a dramatic and stressful week awaiting election results, the final outcome was bittersweet to many liberals.

The election result wasn’t the overwhelming rejection of Trump and his GOP enablers that polls had indicated might come. It wasn’t a blue wave, as Rachel Maddow put it, there wasn’t even a ripple.

The election result was a nail biter down to the last votes counted in swing states like Georgia, Nevada, Arizona and Pennsylvania. And in the end, although the electoral vote margin is as wide as Trump’s was in 2016, it was still a narrower loss than most Democrats hoped.

Similarly, Democrats retained control of the House but may have a slimmer majority than they commanded for the last two years as the GOP has flipped districts. Control of the Senate, which Democrats were poised to win, will be determined by two runoff Senate elections in Georgia. Although Georgia scarcely favored Joe Biden, the GOP are expected to win at least one of the runoffs, crushing any hopes Democrats had of commanding both chambers of Congress.

President-elect Joe Biden would be the first president in recent memory to begin his administration without the “trifecta,” or both houses of Congress backing him. This would make accomplishing reform all the more difficult.

Despite the election leaving a bad taste in most voters’ mouths, there are silver linings to the absence of the blue wave.

First, a blue wave would have satiated a lot of voters. Many voters would have returned to their apolitical lives due to a false sense of security that America had been saved from the brink of authoritarianism. But the “blue wave” never came to fruition. Hopefully, Trump’s relatively narrow loss shocks voters and helps many realize that his ousting was the first baby step to correcting America’s corrosive institutions.

Additionally, there is little doubt that the election was a direct repudiation of Trump’s brand of politics. He cannot blame the loss on an inevitable “blue wave,” “the Deep State” or Republicans-in-name-only, often referred to as RINOs. Republicans outperformed the polls, but the president did not enjoy the same luck. It was clearer than ever that the problem in this election to the majority of voters was him.

Although progressive voters hoped a “Democratic trifecta” would allow a Biden-Harris administration to enact large, institutional reforms, the Democratic underperformance may encourage the administration to stick to its original promise: Foster bipartisan support and unify the country. A bitter Megyn Kelly has already asserted that unity will be a tall order.

Or maybe, the prospect of a Republican-controlled Senate with Senator Mitch McConnell in charge will truly inspire heightened turnout by Democrats in the Georgia runoffs.

Since votes are still being counted — as is standard procedure and not illegal — it is not wise to draw any large conclusions about the electorate or how party platforms need to change in the future.

Ultimately, despite a divided government, the election result marks progress. As president, Joe Biden would respect traditional norms, offer a return to normalcy and attempt to mitigate damage done by the previous administration, likely through a string of executive orders.

Since the election result was called by the Associated Press and other major media outlets, President Trump has reminded voters exactly why they chose to discharge him from office. His refusal to concede the election, as well as unfounded claims of widespread voter fraud ,is destructive to the faith and legitimacy American democracy rests upon.

The litigation by the Trump campaign is completely nonsensical to those who have analyzed it. They argue in certain states the vote counting must continue while it must stop in other states, they admit that representatives from their campaign were present in rooms where vote counting occurred where they contend publicly observers were denied access to and they allege that fraud is occurring in these rooms while arguing that they also had no one inside present to witness it.

When the Trump campaign tells the judges one thing and then turns around and tells the public something different, expecting the public to believe it, one should note that it’s because the campaign believes voters aren’t smart enough to know better.

However unlikely, Trump must concede graciously, cooperate with a transition team (rather than order agencies not to comply with Biden’s team) and facilitate a smooth continuation of governance between administrations. Otherwise, he harms the country that he still currently leads. Surely, a transition of power is more important than 18 holes.

Congratulations to President-elect Joe Biden and Vice President-elect Kamala Harris. Unseating a first-term incumbent president is no small feat — it has only happened three times in the last hundred years before this election. Trump’s division may persist through the transition, but beyond that, good luck to Joe Biden in his quest to unify the country.