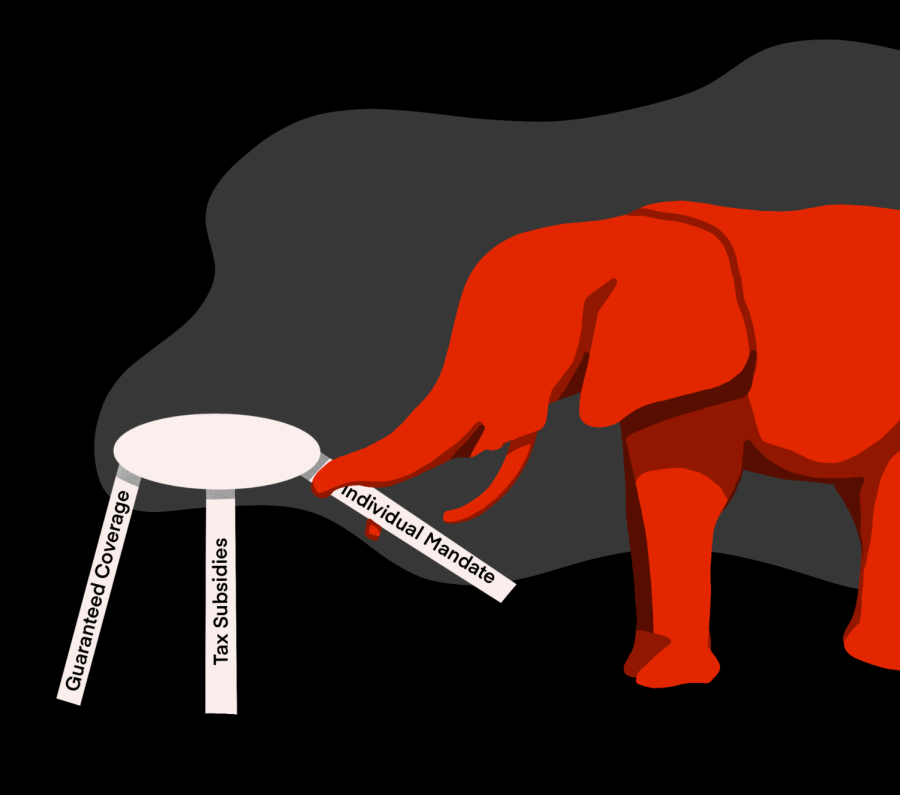 In the wake of an election that rendered President Donald Trump a one-term president, the Supreme Court heard oral arguments on Tuesday concerning a long-held goal of Trump and the Republican party: repealing the Affordable Care Act, colloquially referred to as Obamacare.

The consequences of the health care system at this time could not be greater. The ACA — what many believe to be Barack Obama’s landmark domestic policy — expanded Medicaid eligibility, guaranteed health care subsidies for low-income households and stipulated protections for individuals with pre-existing conditions.

The ACA was signed into law in 2010 and was designed to reduce the cost of health insurance for people who qualify. The Act, through its “individual mandate” clause, made it compulsory for everyone living in the U.S. to obtain health insurance or pay a penalty.

With the pandemic worsening and cases likely increasing throughout the winter, abolishing the entire law would be to strip away health insurance from over 20 million people during a time when everyone’s health and safety is paramount.

If the Supreme Court were to overturn the law, the United States health system would be upended in ways that affect nearly every American — millions would lose health insurance, protections against being denied care for pre-existing conditions would disappear, preventative care would no longer be free and most health plans could charge patients more while covering less care.

The Supreme Court upheld the law eight years ago, ruling the individual mandate was constitutional because it amounted to a tax. But in 2017, the Supreme Court instead nullified the penalty by reducing it to zero.

Now, in 2020, a group of GOP-dominated states, including Texas, are arguing for the entire law to be struck down because the zeroed penalty is no longer a meaningful tax and thus, is unconstitutional.

A group of liberal states, led by California, argue that striking down the individual mandate did not require the rest of the law to be struck down as well — it can be “severed” while leaving the rest in place.

Based on the preliminary arguments heard on Tuesday, it seems at least five justices, including two members of the conservative majority — Chief Justice John Roberts and Justice Brett Kavanaugh — are unlikely to support striking down the law, indicating that the Act should stand, even without the mandate.

Should the Supreme Court rule in favor of upholding the ACA, it would mean more access to quality and affordable health care for millions of Americans, and it would safeguard the protections of those with pre-existing conditions.

The history of America’s health care system has been complex and convoluted, prompting Trump to infamously remark that “nobody knew health care could be so complicated” back in 2017 when he was hoping to repeal and replace the ACA.

Fast forward to three years later, and the stakes have only gotten higher. At this precipice where the future of an affordable health care system is once again questioned, the Supreme Court must stand beside the ACA and reinforce the notion that health care rights are fundamental human rights.