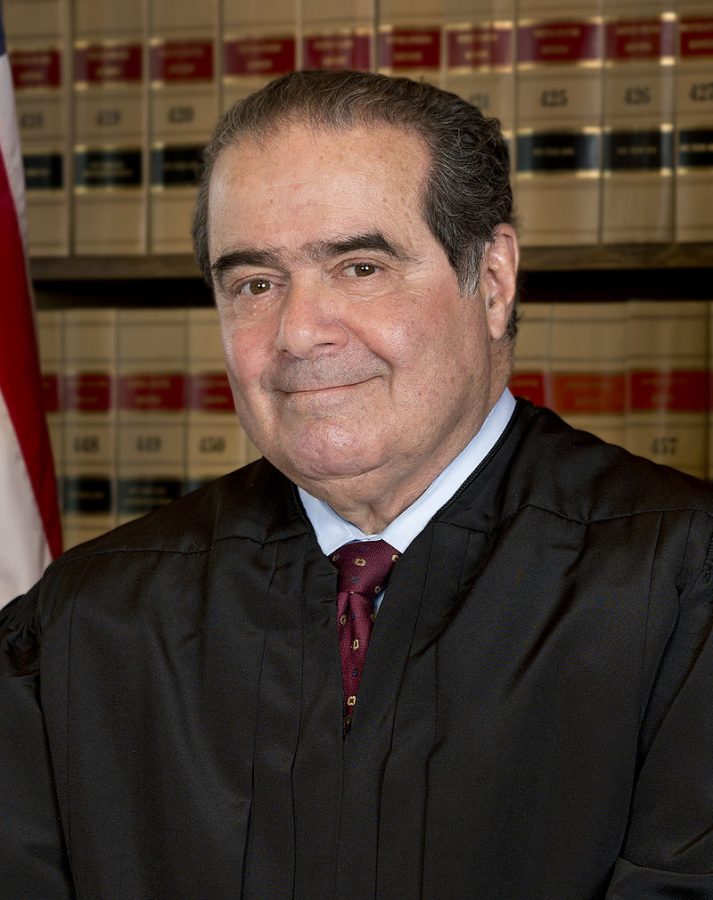 Justice Antonin Scalia poses for a headshot on March 21, 2013.

With the confirmation of Justice Amy Coney-Barrett, the Supreme Court now boasts a whopping six justices with ties to the Federalist Society, the premier conservative legal organization in the country. For those unfamiliar, the Federalist Society started as a conservative legal student group at the University of Chicago in 1982 with then Professor Antonin Scalia as the faculty advisor. The organization’s message was simple — legal circles and the courts have been too liberal for too long.

Three founding principles guide the organization in their quest against allegedly overreaching liberal legal professionals and academia. Their ideology holds that the primary directive of government is to preserve freedoms, the separation of government powers is integral to the Constitution and the judiciary must say what the law currently is, not what the law should be.

Beyond their officially sanctioned three-pronged ideology, the overwhelming majority of the organization simply follow in the great Scalia’s philosophy in holding originalism, textualism and judicial restraint above all else.

Originalism states documents must be interpreted to the original public meaning when first enacted, and textualism states documents must be interpreted by looking solely at the text on the page without considering the intent of the legislators at the time. Finally, judicial restraint refers to judges not upsetting precedent or changing the meaning of legislation while deferring to Congress to pass additional laws to carry out those actions.

Harvard constitutional law professor Noah Feldman recently diverted from his normal podcast “Deep Background” to a specialized series “Deep Bench” where he explored the Federalist Society, legal conservatism and the process leading up to the confirmation of now Justice Amy Coney-Barrett.

On an episode entitled “The Vision Thing,” Judge Jeffery Sutton of the sixth Circuit Court of Appeals joined the podcast to discuss his views and argue the benefits of conservative legal thinking along with the prongs of Scalia’s philosophy.

All of Judge Sutton’s dialogue in the interview boils down to one very important point.

To put simply, according to Judge Sutton, originalism and textualism provide rubrics for how to grade the performance of judges and their adherence to legal principles. These principles, by the way Judge Sutton describes them, should present an objective constitutional legality regardless of political leaning.

This judicial philosophy allegedly takes away as much power of interpretation as possible from judges and establishes some sort of objective constitutional standard. It just happens to be a coincidence that every time this rubric is used, justices rule in the favor of conservatives and libertarians.

What happens when a Federalist Society affiliated, life-long conservative Justice, through good-faith application of these principles, finds themself in agreement with liberal justices?

The name is Supreme Court Justice Neil Gorsuch and he was nothing less than utterly lambasted by the conservative legal community after applying his textualist analysis of the facts of Bockston v. Clayton County, Georgia. He found that Title VII of the Civil Rights Act, which outlaws workplace discrimination, also protects gay and transgender individuals.

Justice Gorsuch’s opinion was indeed textual and the magic text of Title VII he clung onto were “because of sex.” Professor and attorney for the plaintiffs, Pam Karlan, said it best when speaking before the Supreme Court.

“Title VII was intended to make sure that men were not disadvantaged relative to women and women were not disadvantaged relative to men,” Karlan said. “And when one tells two employees who come in, both of whom tell you they married their partner Bill last weekend, when you fire the male employee who married Bill and you give the female employee who married Bill a couple of days off so she can celebrate the joyous event, that’s discrimination because of sex.”

Professor Feldman described her argument as “so simple it was almost literal.” Justice Gorsuch’s textualism agreed. Most other conservative legal professionals did not. Gorsuch’s opinion, to other conservative justices and political leaders, did not adequately value the other two tenants of Scalian legal philosophy, originalism and judicial restraint.

No matter which camp is correct, does this exercise not expose a fatal flaw of Federalist Society and Scalian legal thought? What happens when the three prongs conflict with one another? If a judge can now choose the importance, rightly or wrongly, of each prong, what is the use in applying the venire of a supposedly superior and objective scholarly legal framework?

Does this not seem as if these prongs lead to individuals judging a case on whether said individuals are “simply happy with the outcome of the case?” This is the very occurrence of which Judge Sutton warned. When the Federalist Society alleges liberal judges to be politically biased, they should first make sure their members, now including a full six Justices, are not guilty of the same.