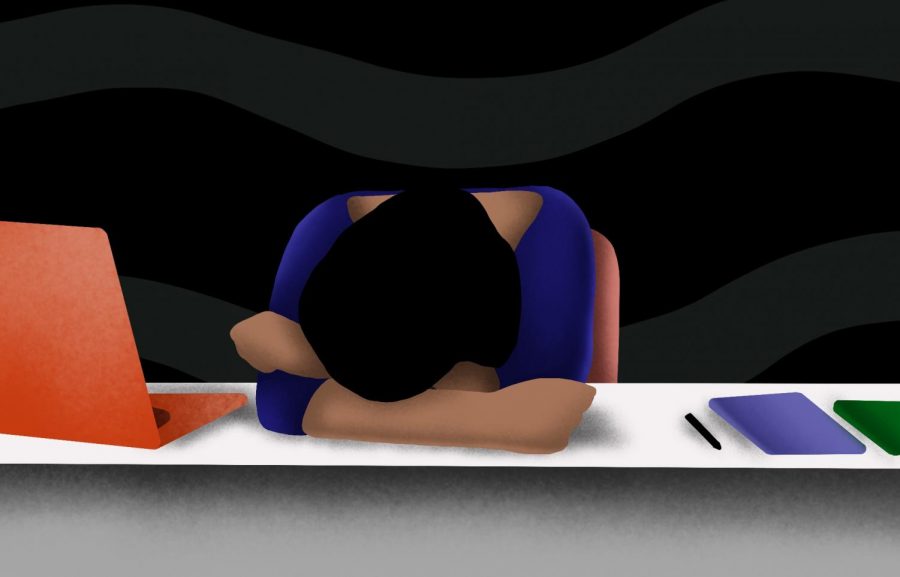 By The Daily Illini Editorial Board
December 3, 2020

Most students and faculty entered the semester cautiously optimistic. Online classes last semester were objectively lacking compared to the live experience. Although students braced for a less than ideal situation, most students underestimated the impact on mental health and grades when half a semester online became a full semester online.

As stressors added up — a critical election, campus isolation compounded by a second-wave of COVID-19, online classes, RSOs struggling to adjust, an uncertain future for studies abroad, so on and so forth — increasingly the UIUC social media pages became inundated with large amounts of posts from students feeling more burnt out than ever.

Students petitioned for certain changes, such as a ban to virtual Proctors, a change in COVID-19 guidelines and additional mental health resources. Unfortunately, the University heeded none of the calls to the dismay of many increasingly disenchanted students.

When a petition surfaced for more relaxed grading policies for this semester, students were incredibly skeptical that change would happen. Even as the student Senate overwhelmingly passed a resolution supporting the request, many found it the idea that the administration would entertain it.

But then came a massmail, not from individual departments but the university itself, asserting a newly delayed drop deadline as well as looser guidelines on CR/NC, even more liberal than those enacted in the Spring semester.

The drop deadline has been extended to December 18th and the election of CR/NC for any course remains an available option until January 5th. Other substantive changes made in the Spring, such as permission to use CR/NC for courses required for one’s major or minor, also have been once again implemented for the semester.

These changes serve as a reprieve from an endlessly tiresome semester, which has taken a toll on the attitudes and health of students. The massmail demonstrated and reinforced support and good faith between the administration and student body. It put actions behind words when the administration asseverates students must prioritize their mental health during these difficult times.

Most if not all students welcomed the policy adjustment. Even students most spurned, those who already elected to drop a class this semester, chose to celebrate with the rest of students rather than complain.

It should be noted that students begging for an amendment to grading policy this semester were not simply looking for an easy or lazy route, few had boasted their academic success this semester, which anecdotally serves to emphasize the difficulty of completing this semester mentally sound and intact.

Some instructors have altered their syllabi for the semester anticipating some peculiarities, but others remained steadfastly obstinate and unhelpful to students in bad home conditions or different time zones. The standardized policy alteration unburdens the professors of this onus.

To the administration, speaking on behalf of the Daily Illini and a considerable amount of the student body, thank you.