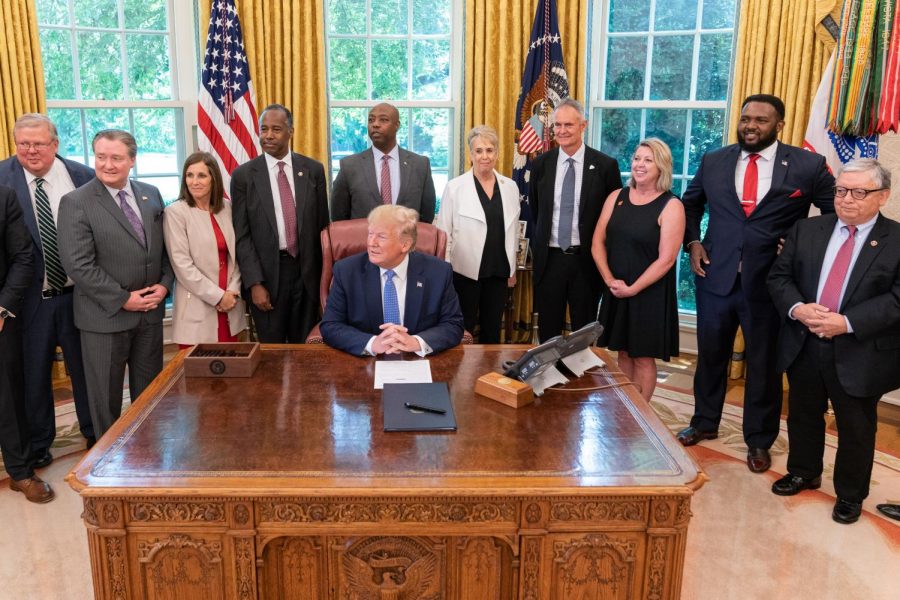 Most of the men who have ever served as president of the United States share more in common than just holding highest office in the world.

After their time in the White House, many have written memoirs and autobiographies about their experience serving as Commander-in-Chief. Whether you like him or not, Donald Trump will write his own presidential memoirs one day, and more than likely, it will accompany predictable controversy.

In the nail-biting 2020 election, former Vice President Joe Biden defeated Trump in a race that hasn’t left the news cycles yet. As of now, Trump still hasn’t conceded and continues to fight alleged voter fraud. In all likelihood, there’s no way Trump can flip the election like he thinks he can. That’s okay, because Americans still haven’t seen or heard the last of Trump.

When leaves office in January, whether or not it will be a peaceful transfer of power, Trump will have much time on his hands. Most likely, he will spend it with his family and playing golf at his Mar-a-Lago home in Florida. If he knows what’s good for him, and in hopes of securing his legacy for posterity, Trump will write his presidential memoirs.

As of now, no one knows what they would be about. It could be about his entire life, just his presidency, how he led the Republican Party or many other possibilities. It’s all up in the air, but whatever happens, drama will follow just around the corner.

If he chooses to write his memoirs, Trump will no doubt receive criticism from all kinds of people: politically, literary and others. Who even knows if a publishing company will buy his book because more than likely, he will write it the way he feels. As understandable as it is, editors will have to fact check the heck out of the book. But like he’s done most of his career, especially his time in politics, he will fight for it and hope to see the day it gets published.

In his 2020 book called “Author in Chief: the Untold Story of Our Presidents and the Books They Wrote,” author Craig Fehrman discusses presidential memoirs written in the past by former presidents. Whether they were popular or not, many presidents have done it, including Harry Truman, Jimmy Carter, both Bushes, Bill Clinton and now Barack Obama. They’re a way of telling Americans their stories and views from one of the toughest jobs in the world. Sometimes, they’re a little bit better than biographies written about these men.

Nevertheless, Trump will join the club of presidential authors. Technically speaking, he already holds that position and has written several business books in his career, including the bestseller “The Art of the Deal.” But he won’t stop there.

Whether he does most of the writing or not, Trump’s own story will be on bookshelves before anyone knows it. He continues to fight to save his legacy each day, and by writing his own memoir about his time as president, he will cement himself in American history and literacy. It will be up to all fellow Americans and readers how his book and legacy will be judged and remembered.