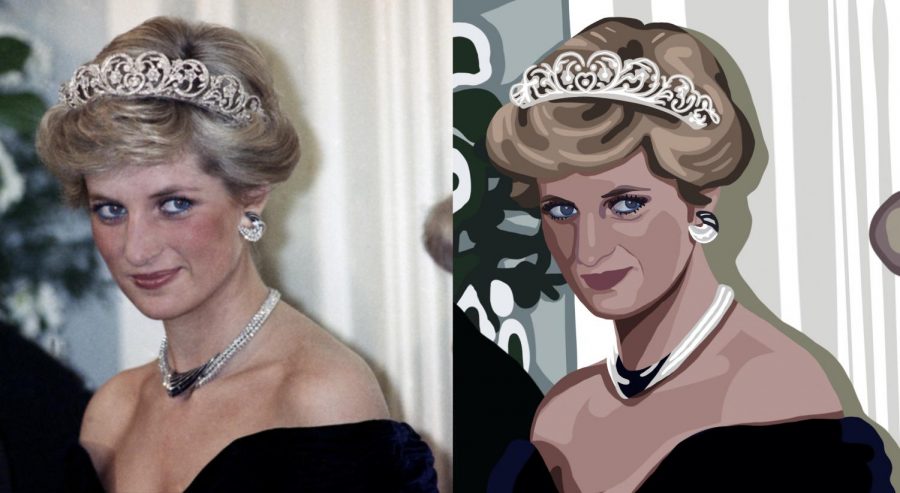 When the first season of the original Netflix show “The Crown” arrived on the streaming platform in 2016, it flew under the radar in terms of media coverage but quietly rose to critical acclaim and was named Best Drama at the Golden Globe Awards. The following two seasons aired in a similar pattern — garnering widespread popularity but not much controversy.

The same cannot be said for the most recent fourth season: though the series continues to perform well and is considered a hit, the 10-episode arc spanning 1980s England has sparked quite the uproar on both sides of the Atlantic.

The show’s exploration of a divisive political period in the United Kingdom and the personal relationship between Prince Charles and the late Princess Diana has amassed the ire and dismay of the British news media. Much has been said regarding the fictionalized dramatizations that U.K. historians and officials believe to be detrimental to the Royal Family.

The institution of the British monarchy and the Royal Family has endured for centuries, but in contemporary times, the state of their affairs no longer reflects the traditional and conservative practices of the past. Prince Harry and Meghan Markle stepped down from their roles, Prince Charles eventually married Camilla, and Prince William married Kate Middleton, a commoner. The strict scrutiny and extreme attention to everything related to the royals, including TV programming, reveals, quite simply, people need to calm down.

Television portrayals of history have always taken the creative license to produce a show based on real events in a way that is imaginative and entertaining. The intent of shows like these is not to damage the reputation of historical figures nor rewrite history with inaccuracies, but to present a story with artistic interpretation.

It is understandable for royalists to find “The Crown” distasteful — many of the characters are still living — but the show’s choice to depict bleaker events such as the breakdown of Charles and Diana’s marriage and her battle with an eating disorder should not be condemned as sensationalized television.

Rather than paint the royals in a singular positive or negative light, the show delves into the nuances and intricacies of being involved in that world, of the difficulties in choosing between duty and family that was often demanded of them. The layers of story-telling and commitment to detail remain integral elements of the show, but viewers still recognize the work as fictional entertainment and not documentary.

Questions have been raised concerning the accuracy of historical drama television shows and whether fiction can be dangerous. In a statement to the Daily Mail, British Culture Secretary, Oliver Dowden, urged Netflix to add a disclaimer to the beginning of the program labeling it as “fiction” and not historically accurate. Netflix refused, naturally: since the show’s classification already falls in the drama category, such a disclaimer serves no purpose.

There exists a level of understanding between audience members and television creators in that viewers can recognize the show as a work of fictional acting and an expression of creative freedom; they can discern fact from fiction. Sanctioning fictional television seems superfluous when one considers the restrictions under which they force content creators to operate.

While some believe the nature of fictional entertainment based on true events is destructive, television does not exist to cater to the sensitivity of the internal politics of a distinguished family.

Some television indeed pushes the envelope and rightly draws attention and criticism. Portraying the historical events of the 1980s U.K. in a dramatized fashion, however, hardly seems worthy of so much real-life drama. Just as people shouldn’t cry over spilled milk — don’t cry over fictionalized TV.