Opinion | US faces a crisis of legitimacy 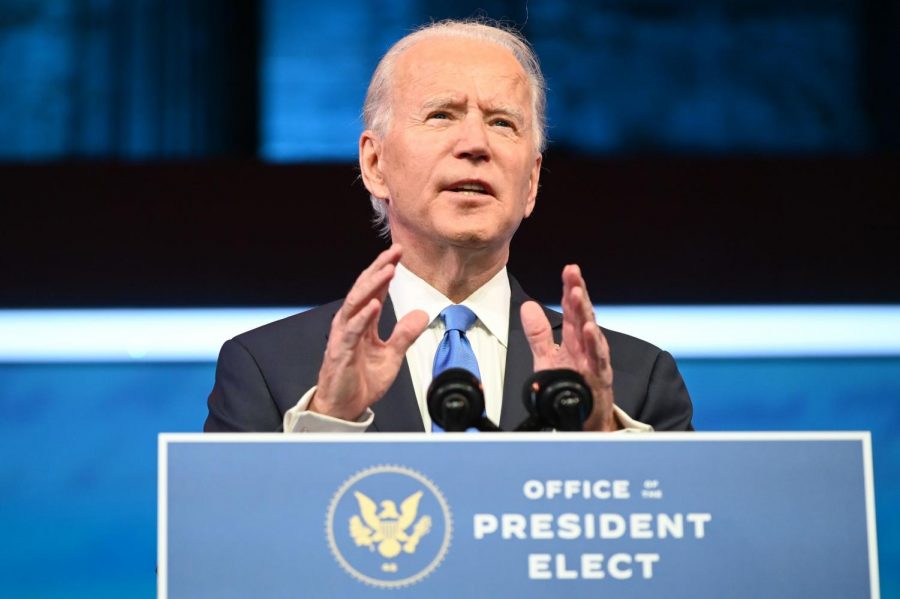 President-elect Joe Biden delivers remarks on the Electoral college certification at the Queen Theatre in Wilmington, Delaware on Monday.

Even now that the votes have been counted and President-Elect Joe Biden has officially received enough electoral vote certifications to win the presidency, defeated incumbent President Trump still refuses to concede his loss and continues to furiously tweet about election “FRAUD.”

This lack of concession by the loser of a presidential election has no real historical precedent in American history. In fact, formal concessions after U.S. presidential elections have been a tradition dating back to the election of 1896, when William Jennings Bryan formally conceded to William McKinley after it was clear Bryan had been defeated.

Trump’s refusal to concede is both new and quite dangerous for the norms of America’s political system, but other factors pose even greater threats to American democracy.

Most of the other reasons for concern stem from an overall lack of faith in U.S. elections among the American people. According to Gallup, about 6 in 10 Americans said they did not trust the honesty of elections when polled in 2019.

The partisan breakdown of this problem proves even more disturbing. According to a recent Monmouth University poll, 75% of Republicans don’t believe the 2020 election was fair or accurate. This problem exists for Democrats as well, but to quite a lesser extent, with about three in 10 Democrats expressing similar views of the 2016 election when polled in 2017.

Republicans and Democrats seem to have quite different motivations for distrusting the U.S. electoral system. Most of the distrust from Democrats, I would assert, stems from the arguably legitimate concern that the Electoral College is an undemocratic way to elect the president, with 9 in 10 Democrats polled saying the U.S. should amend the Constitution and pick the president via the popular vote. Comparatively, only 23% of Republicans share this belief.

Republicans, on the other hand, seem to distrust U.S. elections because of their increasing likelihood to accept conspiracy theories of all varieties as factual information. The best example of such conspiratorial belief is the recently popularized QAnon conspiracy theory, the views of which, according to the Wall Street journal, “… center around the idea that a cabal of Satan-worshipping pedophiles — mainly consisting of what (believers) see as elitist Democrats, politicians, journalists, entertainment moguls and other institutional figures — have long controlled much of the so-called ‘deep state’ government, which [believers] say seeks to undermine President Trump, mostly with aid of media and entertainment outlets.”

Combine beliefs as outlandish as those with the fact that about one in four Republicans either believe entirely in the QAnon conspiracy theory or in parts of its content, and it becomes very easy to see how conspiracy theories on the right in America are a real problem.

Hopefully, I can be forgiven for not entirely equivocating concerns about the Electoral College with the belief that the plot from “American Horror Story: Apocalypse” is playing out in real life.

Regardless of why, both parties in America are moving closer to a reality where only the party whose presidential candidate was victorious believes the election was free and fair. Republicans are just moving there much more quickly than Democrats, and it is reasonable to conclude that President Trump’s refusal to publicly concede his loss may also be a contributing factor to the higher share of Republicans who believe the 2020 election was a fraud.

America’s entire political system is built upon the foundational principle of democratic legitimacy: the idea that elections are fair and that elected officials represent the will of the people. Without this fundamental pillar of our democracy, the entire system is at risk of breaking down.

If American democracy is to endure, we must find a way to restore public confidence in our elections before the people’s trust has eroded beyond repair.