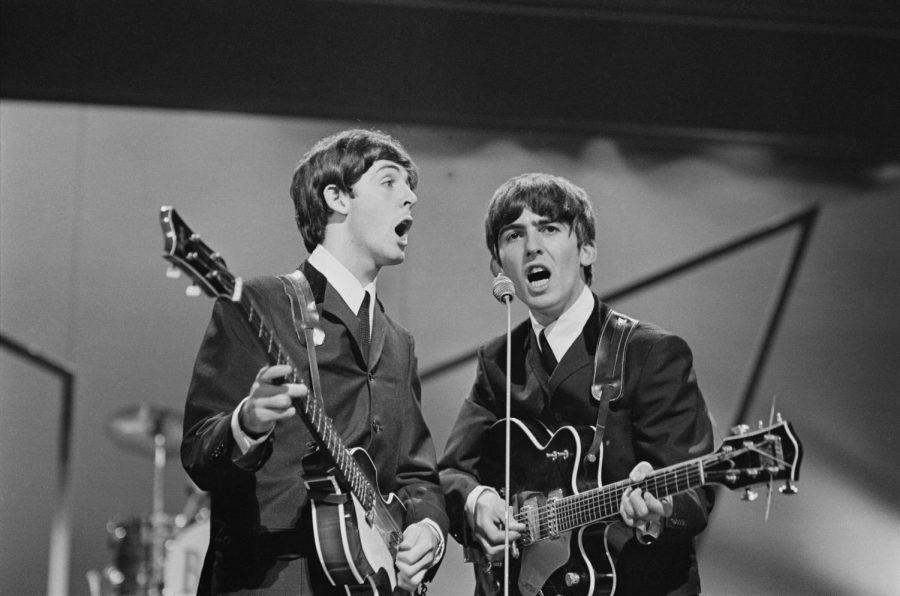 Whether you frequent their music or not, everyone knows who the Beatles are. If you don’t, you must be living under a very large rock. The Fab Four, composed of John Lennon, Paul McCartney, George Harrison and Ringo Starr, were only a band for a decade (1960-1970), but during that time, they made their mark on the music world. The British quartet have since influenced generations of musicians and music fans, especially those in America.

As most fans know, the Beatles first performed live in America on the Ed Sullivan show in New York on Feb. 9, 1964. But that wasn’t the first time a Beatle had played music in the states. Beatlemania in America began with George Harrison when he visited a small town in Illinois, long before his three other bandmates arrived.

In September 1963, the Beatles had just completed a tour in the UK and Scotland and their two albums “Please Please Me” and “With the Beatles,” and were ready to take a vacation. McCartney and Starr visited Greece. Lennon and his wife went to Paris. Harrison, who was 20 at the time, decided to visit his sister Louise in her small town of Benton, a mining community in Southern Illinois.

At the time, Louise had lived there for a few years with her children and husband Gordan, who was a mining engineer in the area. For a while, she had been trying to promote her brother’s band by persuading local radio stations to play Beatles 45s that her mother would send her from Liverpool. She would play them at her house, the first time anyone would hear their music in the states. No one knew who the Beatles were yet; they hadn’t quite made it across the pond.

Nevertheless, when Harrison visited Louise with his brother Peter, the Beatle took America by storm — or at least the citizens of Benton.

During his two-week vacation in the small town of about 7,000 people, he experienced many aspects of American life: watching a Shriners parade in Harrisburg, buying meat at the local Kroger grocery store, camping in the Shawnee National Forest and watching “Wonderful to Be Young” at the drive-in movies in Marion. Most everyone in town talked about Louise’s bashful little brother wearing sandals and a bad haircut (the same one that made the Beatles so iconic).

Of course music was involved during his stay. At some point, Harrison played music in Louise’s living room with local musician Gabe McCarty, but the tunes didn’t stop there. McCarty, along with fellow local musician Vern Mandrell, took Harrison one day to Fenton Music Store in nearby Mt. Vernon where the Beatle purchased a black 425 Rickebacher guitar, one in which he used in later music videos and performances. The music store is now an auto mechanics shop and the guitar currently sits in a glass case at the Rock and Roll Hall of Fame in Cleveland.

On one of the last nights of his stay, Harrison did perform live in front of an American audience. McCarty and Mandrell, who at the time were part of a local band called the Four Vests, played a show one night at the VFW Hall in nearby Eldorado. The two men thought it would be great to hear the young Brit play for the crowd of a few hundred people.

During the performance, Harrison played current hits like “Your Cheatin’ Heart,” by Hank Williams, “Johnny B. Goode” by Chuck Berry and “Matchbox,” by Carl Perkins. Americans that night were listening to a Beatle perform live before the craze would begin.

Having visited Benton over Christmas break to see Louise’s house on 113 McCann Street, the store where Harrison bought vinyls, and the large mural of him on I-57 southbound, the small town serves as a great location for anyone looking for a day trip or wanting to learn more about Illinois history. It’s a must-see for any Beatles or music fan.

There’s no doubt about the impact the Beatles had on American music and pop culture. Did Beatlemania begin with their famous performance on the Ed Sullivan show or did it begin with just Harrison playing at a tiny venue in a small town in Illinois?

Beatlemania in America began with Harrison. It’s a little nugget of history not many people know, but the story of his visit should be more well-known. His first time in America is not only about the beginning of the Beatles in the states, but rather another interesting tale about one of the greatest bands who has ever lived.