Opinion | Recommendations for your resolution to read in 2021 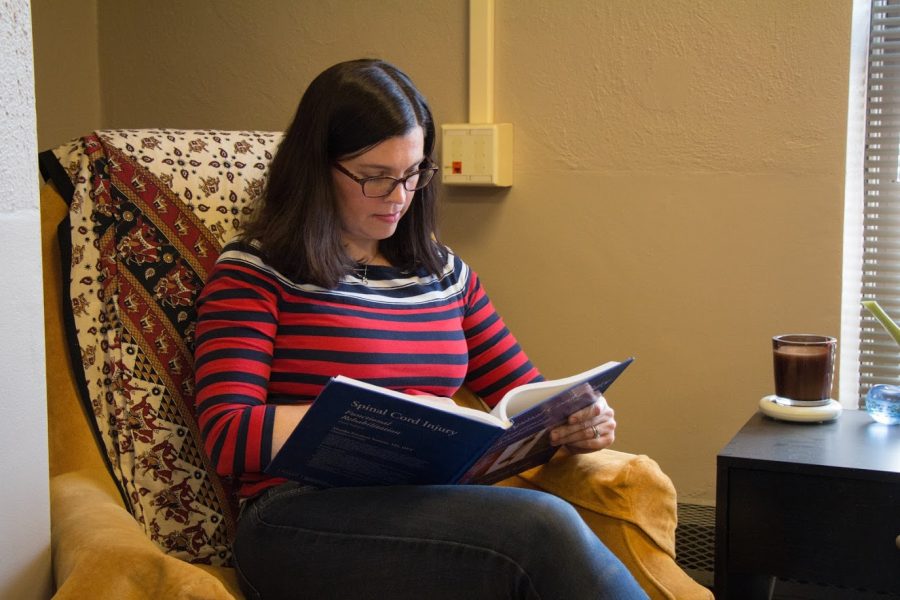 One hundred million years ago, back in January 2020, I vowed to finally keep a New Year’s Resolution. For 2020, I would read at least one book per week — 52 by the end of the year.

Spoiler alert, I held myself to the resolution and ultimately finished 78 books.

Although I do not claim to be an authority on anything, much less worthwhile literature or written texts of any genre, I am a college student who, statistically speaking, has read more than the average individual and thusly have compiled a list of the works I believe other students may find as interesting and fulfilling as I have in 2020.

These books were not printed in 2020 but are simply the gems I stumbled across from recommendations and footnotes of other texts that crossed my path in one way or another. I can only promise that if a reader picks up one of the subsequently listed books and puts in a good-faith effort, the reader will enjoy the time spent with the writing and may even learn things along the way.

From finance to aerospace engineering, communications to architecture, theater to chemistry, this list is sure to interest students of any and all majors.

“Don’t Sleep, There Are Snakes”

I start this list off with what I believe to be the single most thought-provoking book I have ever read. Originally published in 2008, the autobiographical account follows then-Christian missionary Daniel Everett into the Amazonian rainforest to translate the Bible into a language spoken by no more than the 300 members of a secluded native tribe.

Everett ultimately spent over 30 years with the tribe and developed incredible insight into how language structure informs societal structure and fundamental interpretations of time and space. For those of us who received those Barnes & Noble gift cards from extended family members for Christmas, you cannot go wrong picking up a copy of “Don’t Sleep, There Are Snakes.”

“Oryx and Crake,” “The Year of the Flood” and “MaddAddam” are the three constituent novels comprising a trilogy penned by renowned author Margaret Atwood, whose other notable works include “The Handmaid’s Tale.”

This trilogy centers on a global pandemic. How topical? In contrast, Atwood’s pandemic wiped out the majority of Earth’s population and was created by a genius sociopath wanting to start the world anew with a novel race of perfectly bioengineered humanoids with DNA spliced from a dozen or so other species.

While the third book in the series drags a bit, the first two are pure gold. If you are looking for a fiction book to delve into this Winter, look no further than “Oryx and Crake.” Atwood’s storytelling prowess takes center stage in this timely read.

Although “Oryx and Crake” is a great stand alone novel, after the narrative grabs hold of your imagination, be prepared to relinquish yourself to completing the trilogy.

“The Last Empire: The Final Days of the Soviet Union”

I must state off the bat that this work by Serhii Plokhy, is not just a book for political science majors. It reads like something out of George R.R. Martin’s “Song of Ice and Fire” series, best known for its adaptation into the HBO hit “Game of Thrones.”

Beyond Dr. Plokhy’s writing ability, the subject matter lends itself to the comparison. In all candidness, before my encounter with this text, I was not very knowledgeable of specifics on the USSR’s downfall. The coup, kidnapping, tanks moving toward the Russian White House and nation building make the nonfiction read well worth the time.

Whether you hold a passion or visceral disdain for reading history, give this book a chance. It is intense, enthralling, informative and incredibly well written. For those who eagerly anticipate the next installment from R.R. Martin, this piece should assuage your appetite until then.

“Fooled by Randomness: The Hidden Role of Chance in Life and in the Markets”

Nothing I say about this next book, by Nassim Nicholas Taleb, will be new. This is probably the most widely known of the works on this list — rightfully so.

The heftily accomplished scholar and former options trader speaks in simple, digestible and universal profundities. At the moment, four other books join this in a series entitled “Incerto” which serves to be Taleb’s magnum opus on luck, probability, uncertainty and, of course, randomness. Read this text to inch ever closer to understanding the incredible influence sheer dumb luck has on your life.

Regardless of my recommendations, I have one above all else. Try to read at least 30 minutes a day — material not for class or work, but leisure. Thirty minutes a day, even at a slowish reading pace of 10 hours per book, comes out to finishing 18 texts per year. As 2021 approaches, please ask yourself, “Can I spare 30 minutes to complete 18 books this year?” Even with the busiest schedules, all of us can spare 30 minutes at the end of the day and unwind with a book.

Samuel is a junior in LAS