Opinion | Republicans will not change 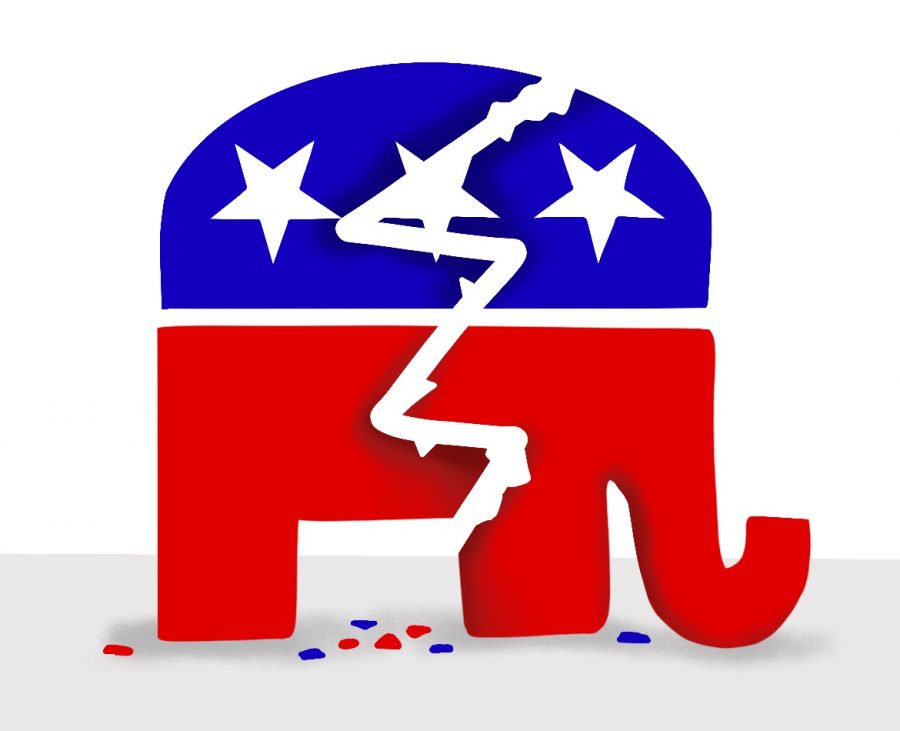 These pillagers — aggravated only more by Trump’s domineering language moments before — represent a new, authoritarian-tolerant tribe of a Republican party morphing evermore into a decrepit shell of its former dignity.

As of now, it appears that even in the immediate aftermath of this catastrophic siege — where Democrats and Republicans lawmakers were bunkered together to protect themselves — Republicans are not breaking face.

Despite Trump directly inciting this insurrection, in a recent Morning Consult poll, Trump held an 81% approval rating among registered Republicans — a boost proceeding his 76% standing subsequent to the siege. This alarming approval also appears in tandem with half of Republican voters craving Trump to remain in a “major role” for the GOP.

Now, as the Senate trial begins shortly as an acquittal appearing likelier by the day, and only 10 brave Republicans voted to impeach in the House, the math and path are clear for Republicans: hold the Trump line, and deliberately cater further frenzied political theater.

The tragedy above all else here lies in that — for the foreseeable future — Republicans have no incentives to reform themselves away from their own agitated makings. As 2016, and certain elements of 2020, illuminated partisanship has struck the core of the American political system to the point that candidates’ incentives lie in appealing to an energetic ‘base,’ not the country’s middle ground.

Shepherded by media strategist Mark McKinnon, the Bush ‘04 campaign vastly differed from the 2000 strategy in that ‘04 was set on activating Republican base identities rather than tirelessly courting a moderate middle ground.

In a 2005 PBS interview, McKinnon noted this abrupt transformation — later exhibited to the extreme by the Trump campaigns — and the power of juicing the base citing, “If you can get moving 3-D video (political ads) to people that they can see and hear and feel, and then they in turn send it to five of their best friends or people that they think are interested in politics or they want to persuade — six million times five, and you’re up to 30 million.”

Klein notes in his book that this base method led Bush victoriously with the popular vote, expanded majorities in the House and Senate and “most tellingly, the share of the electorate that self-identified as Republican matched that of Democrats for the first time in history.”

Despite the fact that nearly all politics is — in its core — base-appealing, rarely in history has an American political party diverged so far off the rational rails — leading, moreover, to a Republican base constituting of impassioned, impatient voters with an inkling for a flare.

Today, Republicans will not strike a moderate chord anytime soon while their incentives exist in a base demanding unrelenting support of their chief: Trump.

Republicans — and Democrats, absent the absolute fringe qualities — understand their path to power lies in various base strategies. However, the roadblock preventing Republicans from returning to a levelheaded middle are a base fed complete fictitious outrage repeatedly by their own leaders in order to obtain and maintain political power.

The path ahead for the GOP to return to some level of grandness lies primarily in dissuading the intense base strategy. Consequently, this assuredly will translate to a temporary sacrifice of power while the GOP scrambles its intentions, but the democratic rewards are too plentiful and the shortcomings are too grave for the GOP to remain idle away from a greater good.

There will be no single hero for the Republicans, nor will there be any outside miracle that spares them the troubles of liquidating their emboldened base.

While the 10 Republicans who voted for impeachment is a promising start, already these congressional representatives have received targets for their “betrayal” by their resentful base driven by Trump.

Time will only tell if the Republican’s divided house will stand any longer. Nonetheless, the fate of a productive democracy lies in the hands of the party which has thrived on appealing to an aggravated base of their own making. Promptly, it will be current Republican leaders who are — for the first time ever — charged with legitimately leading their party to a reasonable restoration away from the woeful debris sitting in America’s Capitol.