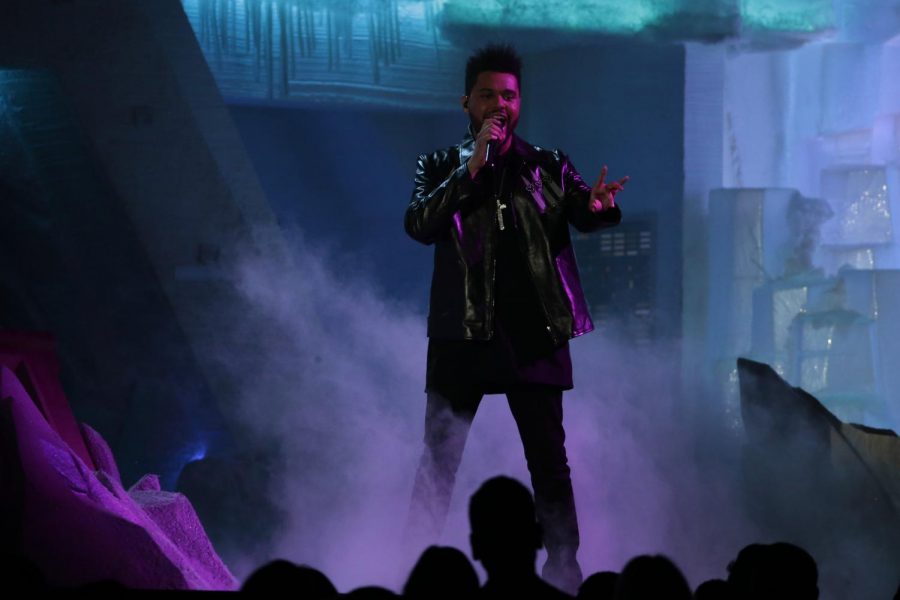 The Weeknd performs during the 59th Annual Grammy Awards at Staples Center in Los Angeles on Feb. 12, 2017. Columnist Noah argues there are more deserving artists than The Weeknd to perform at the Super Bowl.

In early February each year, fans from across the nation gather around any TV screen they can find to watch the two best NFL teams collide at one of the professional sports’ most monumental stages: The Super Bowl. The event also includes the famous halftime show, which has become part of the blockbuster program in its own right over the last few decades.

For this year’s show, The Weeknd is scheduled to perform the roughly 12-and-a-half-minute halftime show. As it’s an okay choice for the event, there are plenty of other musicians out there who should perform one of music’s most coveted days of the year.

Artists like Taylor Swift, Ariana Grande, Ed Sheeran, Miley Cyrus and Justin Bieber have never performed at the Super Bowl halftime show, and they are some of the biggest artists in music today. It’s surprising that none of them have taken the stage, and quite frankly, it’s a little sad too.

Over the years, global superstars have performed at the halftime show, including Michael Jackson, The Who and The Rolling Stones. In recent performances, artists have even brought guests out to perform with them on certain numbers, including Katy Perry, who invited Missy Elliot and Lenny Kravitz; Madonna, who invited Nicki Minaj and LMFAO; and Coldplay, who invited Beyonce and Bruno Mars.

The show is a milestone for any artist who wishes to leave a lasting legacy, not only on their career but on the show itself. It’s the most-watched live performance each year, consistently reaching over 100 million viewers for almost a decade. One would think that a much more famous artist would be booked to perform.

The Super Bowl should be one of the highest honors any musician could have. To go down in history and say you played on the same stage as Prince, Paul McCartney and Lady Gaga can be a once-in-a-lifetime opportunity. I would play the show in a heartbeat, not to etch my name in the show’s prolific history, but for the fans — the ones who gave musicians their start in the first place and have helped become global phenomenons.

It’s safe to say that The Weeknd is not as big of a name as those mentioned above. Not everyone in the world knows who he is, as opposed to others who have performed in the past. Those musicians are household names, even if you don’t listen to their music at all. The case isn’t the same with The Weeknd.

He’s a great artist with an even better career ahead of him, but he just hasn’t reached the ranks of becoming a household name. Who knows, maybe he will in a few years, but certainly not now.

Nevertheless, in hope that The Weeknd’s performance knocks it out of the park, those who choose to headline the halftime show should pick better musicians in the future.