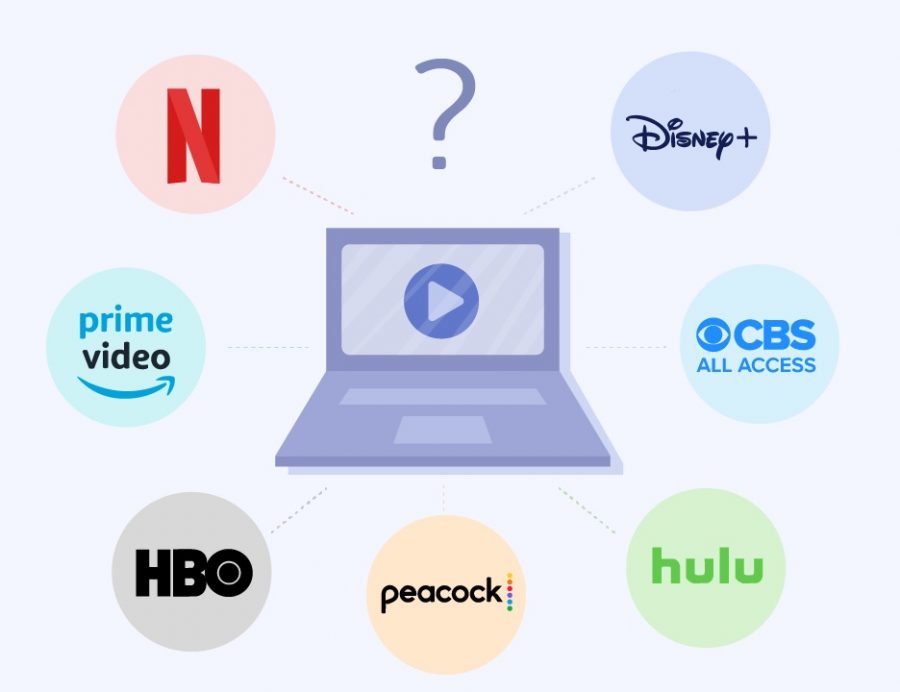 It is often said there can never be too much of a good thing, but moderation is key, and excess of anything typically leads to bad things in the long run.

In the entertainment landscape of streaming platforms and internet media, the wide variety of services offer a diverse selection of interests, but ultimately create more confusion and disruption in the curation of one’s television content.

Netflix, Hulu and Amazon — the big three giants of streaming — consistently remain the most popular among consumers, with the former deserving the credit for transforming the future of television. Since the inception and growth of streaming as a viable entertainment option, an influx of other subscription services have entered the fold.

By no means is this an exhaustive list, but it gives an indication of the many platforms offered: Amazon Prime Video, Apple TV+, CBS All Access, Disney+, HBO Max, Hulu, Netflix, Peacock and Quibi. Not to mention, this array of services doesn’t fully account for the innumerable boutique options available, such as Showtime and Starz channel extensions or live sports add-ons.

With the myriad of new streamers entering the market, it raises the serious concern of whether the surfeit of content exceeds consumer demand and overcomplicates the simplicity viewers are looking for when watching television.

Whereas content was once easily accessible in one spot, today, content is spread across various platforms and depending on personal preferences, many viewers find themselves subscribed to more than one service. In a TV Time and United Talent Agency study analyzing consumer views of the streaming media landscape, 70 percent of respondents feel there are too many streaming choices, with cost being the most common complaint.

Media companies are clearly aware of the profitable power behind releasing their original content directly to the consumer through their own distribution service, but an excess of options may lead to consumer confusion and fatigue when it comes to at-home entertainment.

The constant disruptions with platform exclusivity and creative licensing only augment public pressure for consumers to subscribe to numerous platforms in order to access content of their choosing. HBO Max experienced a surge in subscriptions at the end of last year after announcing the premiere of “Wonder Woman 1984” and entering a deal with Roku TV.

With several more WarnerMedia films scheduled for exclusive release on HBO Max in 2021, it is likely subscription numbers will continue to increase.

There is no denying the golden age of television the world is currently experiencing, and it may seem like a champagne problem to debate the complexity behind the streaming world and all of its nuances.

While having an abundance of options does seem like a fortunate problem to have, too much of a good thing eventually leads to unforeseen consequences down the line. An oversaturation in the field of entertainment services may backfire for new streamers who are unlikely to experience the same level of success or popularity as previously established platforms. Similarly, consumers are not willing to add more subscriptions to their expansive list of TV services in perpetuity.

In the era of post-cable television and cordless streaming, viewers are inundated with services offering selections of varying content and programming. When it comes down to it, the average person prefers simplicity and convenience — too many options would only serve as a deterrence and complication most people aren’t looking for.