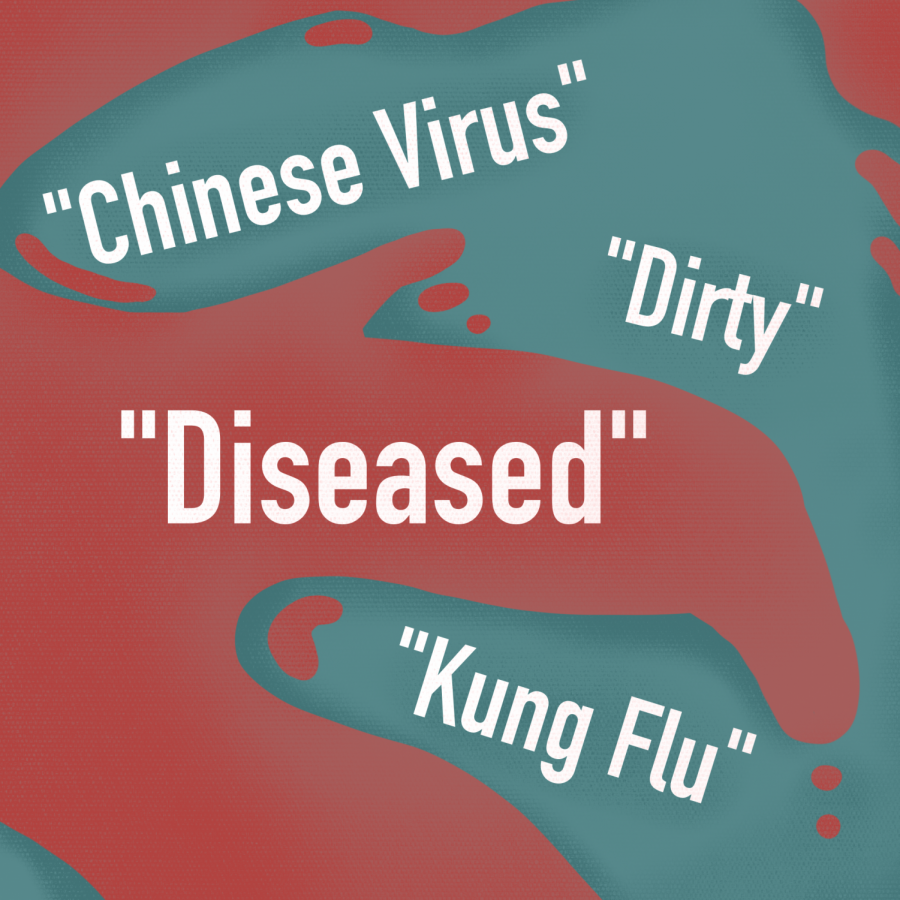 Racially motivated attacks against people of Asian descent have spread rapidly along with the pandemic. However, racial prejudice and xenophobia against Asian Americans are nothing new. Recent anti-Asian hate and discrimination has roots that reach much further back than the pandemic.

Stop AAPI Hate, a reporting database formed amid the pandemic, received nearly 3,000 firsthand accounts of anti-Asian hate from its launch in March 2020 to the end of 2020. Cases are categorized as physical assaults (8.7% of incidents), coughing or spitting (6.4%), verbal harassment (70.9%) and shunning or avoidance (21.4%).

While hate incidents span across different age demographics, the recent targeting of elders has been especially cruel. Among the violent attacks was the fatal assault of 84-year-old Vichar Ratanapakdee who was knocked to the ground while on a walk in his San Francisco neighborhood.

Other instances of unprovoked violence include the violent shoving that left three Asian elders injured in Oakland, California’s Chinatown, and the assault and harassment of a 52-year-old Asian woman in Flushing, Queens.

Although I have not personally experienced many explicit acts of racism, I have still felt the effects of anti-Asian sentiment related to the virus. In my mostly white suburb, I do not feel outright unsafe, but there are times when I cannot shake the uneasy feeling that there are extra eyes on me and my family.

This past summer, I felt hurt and angry when I heard that a number of older boys mocked my middle school brother using slurs like “Ching Chong” and “chink.” He was out fishing, completely minding his own business when these taunts were thrown at him unprovoked.

There is no doubt that hate against people of Asian descent has been exacerbated by the prevalent use of anti-Asian rhetoric. Everyday citizens, the media and even prominent politicians have called SARS-CoV-2 the “Chinese Virus,” “Wuhan Virus” and even the “Kung Flu.”

These labels reinforce the misinformed notion that people of Asian descent are to blame for the spread of the virus. Posts calling Chinese people “dirty” and “diseased” are still circulating around social media.

While the pandemic has worsened anti-Asian sentiment, it has existed in our history for much longer than this past year. Common stereotypes attached to Asian Americans like the “model minority” and “perpetual foreigner” simultaneously include Asians to further racism against other marginalized groups and exclude Asians from the status of being a “true” American.

Starting with “model minority,” this common misconception that all Asian Americans are smart, hardworking and law-abiding citizens was first constructed during the 1960s Civil Rights Movement. This myth is used to illustrate the existence of the “American Dream” and the value of hard work. However, it is deeply flawed.

First, it generalizes the varied experience of all people of Asian descent, minimizing those of the less fortunate. It fails to take into account the fact that income inequality is greater in the Asian population than in any other racial group in the United States.

Furthermore, the stereotype purports that Asian Americans are fully accepted in American society. This idea invalidates the real-life experiences people of Asian descent have with racism and discrimination.

Finally, this false narrative is often used to make inaccurate comparisons between the plight of Asian Americans and Black Americans. The myth elevates Asian Americans as “deserving” based on their “hard work” to perpetuate anti-Black stereotypes of “laziness.”

As mentioned in a Code Switch article,“‘Model Minority’ Myth Again Used As A Racial Wedge Between Asians And Blacks,” Asians never faced the systematic dehumanization and enslavement that Black Americans did. These prejudices are not only far from reality, but they also effectively pit Asian and Black Americans against one another when they could be showing solidarity instead.

The best way to illustrate the “perpetual foreigner” stereotype is with questions most Asian Americans have encountered at one time or another. We are frequently asked “where are you from?” and if the response is somewhere in the United States, “no, where are you actually from?”

The intentions behind asking these questions are not necessarily malicious, but that does not make them any less harmful. Implicit in those questions is a sense of othering people of Asian descent and a refusal to accept their identity as Americans.

It is important to appreciate people’s cultural and ethnic backgrounds. However, understanding a person’s background is not the same as automatically assuming they are “foreign” or “un-American” because of their appearance.

The recent attacks against the Asian American community are unacceptable and should not be tolerated. At the same time, they cannot be viewed in isolation. It is essential to examine the increase in anti-Asian hate in a larger historical context and understand its roots.

In order to dismantle systemic racism, Asian Americans need to find unity with members of other marginalized groups and allies. The divisive nature of “us” versus “them” stereotypes is harmful to everyone involved, and helps perpetuate discrimination. Any hope of racial justice and equality hinges on actions taken by the collective population to address racism in its many forms.

Rayna is a freshman in LAS