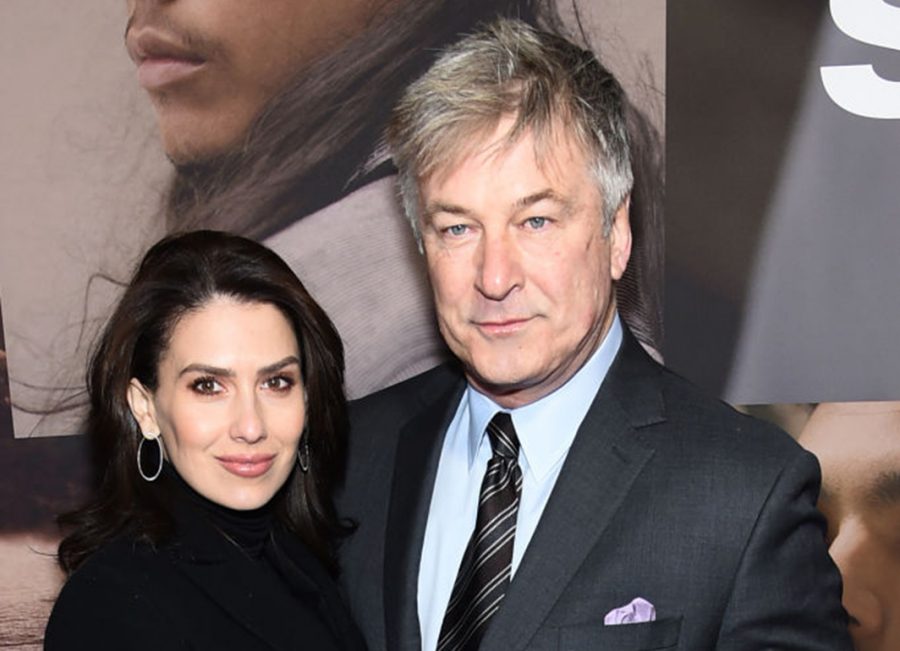 Hilaria Baldwin and Alec Baldwin attend the opening night of “West Side Story” at Broadway Theatre on Feb. 20, 2020, in New York City. Columnist Andrea Martinez argues that Hilaria Baldwin is a perfect representation of cultural appropriation because of lies surrounding her heritage.

Known as the “Latin beauty from Spain,” Hilaria Baldwin is adored by many. Or shall I say, Hillary Baldwin, a Massachusetts born and raised, full-blooded American?

Hillary Baldwin was recently outed for her false claims of Spanish heritage, which brought her into the ongoing conversation surrounding authenticity and cultural appropriation.

While she spent a period of her life in Spain, many sources show she fabricated her origin story from being a girl whose family has been in Massachusetts since the American colonial era to an ethnically Spanish woman — right down to the foreign accent.

When she addressed the claims against her, Baldwin seemed to misinterpret the situation as an attack on her childhood experiences and failed to acknowledge that she allowed the media to present her as an ethnically Hispanic woman, of which she profited off of in terms of being a socialite and gaining internet clout.

However, that is not the issue at play — the implications of such falsities run much deeper.

Baldwin’s “Latin” features, and her “Spanish accent,” were proven to be fabricated characteristics she was able to turn on and off depending on the situation. In that same realm of having Latin features and Spanish accents lies the irony illustrated by the discrimination, and racism immigrant minorities face for possessing those same characteristics.

However, because Hillary Baldwin is a white woman presenting carefully crafted ethnic characteristics, she was fawned over, praised and ultimately defended when her fabricated identity was brought to light.

Why does this matter? In the greater conversation of authenticity, Baldwin’s scandal brings up the issue of white Americans attempting to absolve themselves of their whiteness by clinging onto another heritage while simultaneously retaining their white privilege.

This is nothing new, but rather a phenomenon with an extensive historical background and socially nuanced connotation.

One might ask, why is this phenomenon bad? What is the problem with appreciating other cultures?

While there is nothing inherently wrong with appreciating cultures, it becomes a problem when people of the same ethnic background being appreciated are discriminated against in the same breath. All the while, people like Baldwin who present a fabricated image of such cultures reach success abusing a foreign persona.

For example, while Hillary Baldwin’s “Spanish accent” left people in awe of her bilingualism, real natives of Hispanic countries were being denied opportunities for their “unintelligible” or “hard-to-understand” accents. Native and Heritage people of Latin American cultures are stopped and racially profiled in their own communities in America.

Baldwin was able to “turn off” her Spanish accent and remove her tan as she saw fit. Yet my cousins, parents and grandparents cannot hide their accents despite having lived in this country for over 20 years.

My dark-skinned family members cannot hide their tans resulting from mixed races and having worked in physical labor for most of their lives. Their tans are seen as the mark of a laborer, while rich white women are lauded for their tans gained by leisure under the sun.

But why did Baldwin go to such lengths to be seen as a foreign ethnic woman? Baldwin is not the first example, nor will she be the last.

There is a disturbing pattern of white guilt coming to light in America. It is not new, but its blatant presence in the Black Lives Matter era is most certainly entertaining.

Among influencers like the Kardashians — who are notorious for “blackfishing” — or white men starring in 90 Day Fiancé to find their “meek and docile” Asian wife, the attempts of white people finding ways to bring culture into their lives in a controlled and socially acceptable manner is incredibly controversial.

Many people in America seem to be obsessed with ethnic culture while simultaneously rejecting the parts they do not deem worthy — it is a sight to behold.

Hillary Baldwin’s scandal does nothing but undermines the experiences of people of color living in America that are ostracized for their culture. Baldwin was born and raised on the wealth and privilege of being a white American, and faking an entire ethnic background is nothing less than disrespectful to marginalized groups.

She claims an ethnic Spanish heritage because she went to school in Spain, speaks Spanish and participated in Spanish culture for a period of her life. What then would that mean for the hundreds of millions of people living in a state of diaspora who do not or cannot retain those certain aspects of their culture?

I am ethnically Mexican, but I did not go to school in Mexico. I did not get to participate in Mexican culture the same way that Baldwin got to participate in Spanish culture. I do not fit the parameters of what Hillary Baldwin believes is what entitles her to claim an ethnic heritage. Does this make me any less Mexican?

White people need to own up to being white — otherwise, racial inequities will never change. Time and time again we must repeat to white people: Our culture is not a costume. It is not a personality trait, nor is it a profitable quirk.