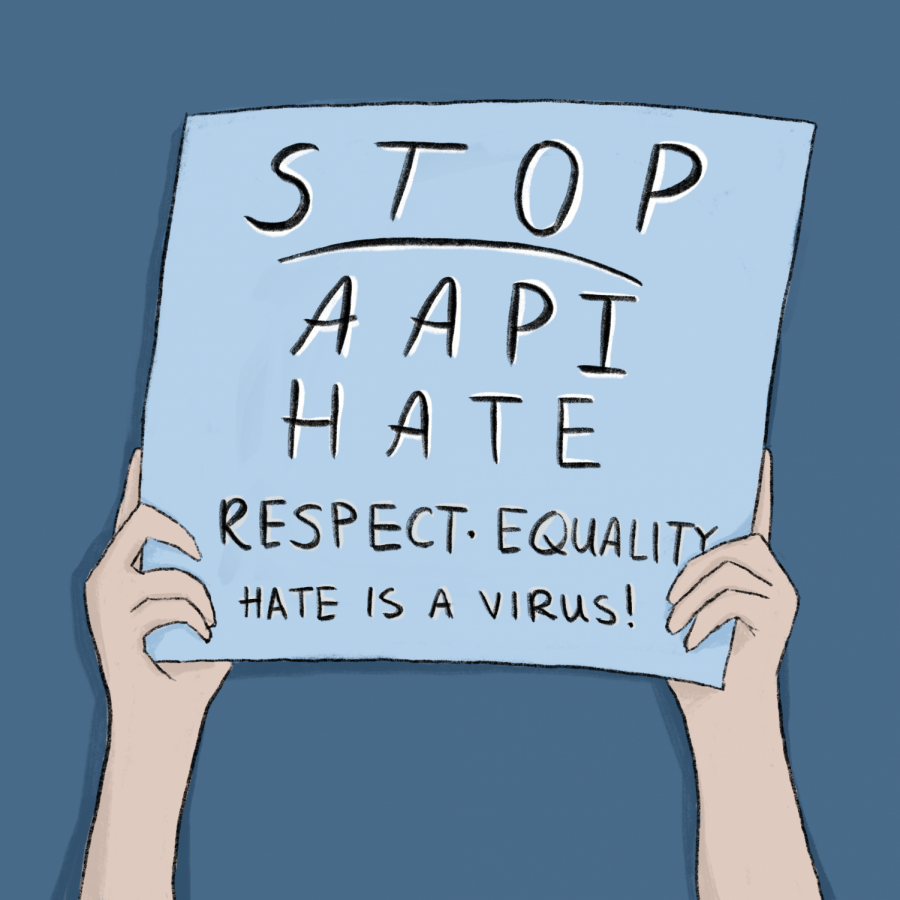 By The Daily Illini Editorial Board
March 25, 2021

Long perpetuated, yet seldom discussed, America’s bitter treatment of Asian Americans is tragically not a contemporary phenomenon.
With Asian hate crimes rising, this American deficiency has only now been objected to strict scrutiny, fostered both by the hateful flames originating with COVID-19 and political leaders’ spiteful tongues.
Asian intolerance culminated recently in the heinous, racially-motivated attacks killing eight, with specifically six being Asian women. This monstrous onslaught is not a one-off event, and its public treatment must be regarded as the latest pinnacle of America disregarding its injured Asian communities.
Russel Jeung, a professor of Asian American studies at San Francisco State University and co-founder of the organization Stop AAPI Hate, remarks that “people are treating us subhumanly.” Correspondingly, Jeung’s Stop AAPI Hate — in a detailed report spanning March 2020 through this past February — collected 3,795 hate incidents targeting Asian Americans through verbal assaults, shunning and blatant physical attacks and violence.
Nonetheless, the source for this contemporary wave in anti-Asian battering is not a cumbersome effort to uncover. A line recycled as a crowdpleaser for his prejudiced gatherings, former President Donald Trump is primarily complicit in the resurgence of unfounded animosity burdening Asian Americans with his continual declaration of “Kung Flu.”
Charging COVID-19 with Asian Americans, Trump has unearthed the national trauma of open hostility towards Asian Americans — a wound not as publicly, disgracefully revisited since the inaugural era of America’s Asian abuse: the late nineteenth century.
There exists an early history of Asian intolerance vastly dismissed in modern America. Beginning with Chinese immigration to the western states — especially California — atrocities such as the Chinese Massacre of 1871, or even the Chinese Exclusion Act of 1882, manifest as blips in the minds of those coveting American antiquity.
In a timeline for The Washington Post, journalist Gillian Brockell recounts several anti-Asian events often ignored. Powerfully, Brockell chronicles the Chinese Massacre of 1871 as a diabolical moment of “more than 500 white and Hispanic rioters (who) surrounded and attacked Los Angeles’ small Chinese community.”
Following this riot, at least 17 Chinese men and boys — “including a prominent local doctor” — were lynched; eight agitators were convicted of manslaughter, and none would ever face punishment.
Analogously, decades before malicious internment camps, the Chinese Exclusion Act was the atrocious example of a racial massacre codified in American legal institutions. Signed under President Chester A. Arthur in 1882, America’s first immigration-restriction law represented a national embrace of anti-Asian sentiment so-long embraced by the past’s premier, racist commander: California.
California’s gruesome behavior oppressing Asians represented a protracted endeavor to establish anti-Chinese measures across the nation. It was only this month where current California governor, Gavin Newsom, appropriately relayed the present Californian perspective posing, “What the hell is wrong with us?”
Still, the Chinese Exclusion Act was not a temporary feat, and its encouragement from federal and state governments continued until its repeal in 1943 — one-year after internment camps began for Japanese living on the West Coast. Dishonorably, as well, is the fact that modern, local leaders carry this anti-Asian attitude into today.
Local U.S. Representative Rodney Davis newly asserted that claiming COVID-19 was the “Kung Flu” is merely similar to differentiating COVID strains such as the “U.K. variant.”
Besides Davis’s insecurity to cross an ex-president who emboldens anti-Asian offenses, Illinois U.S. Senator, Tammy Duckworth aptly responded to Davis, contending “it really unfairly again puts a bullseye on the backs of Asian Americans all across the country to be the subject, to be the victims of attacks, and that is not acceptable.”
The nation mourns for the lives lost to the hate-infused bullets piercing the victims of the Atlanta shootings. The opportunity therein has arrived for immersive dialogues to establish a better apprehension of Asian Americans’ elongated journey to acceptance in America.
Progress will not materialize overnight, but no hope prevails without first recognizing the hate afflicting these overlooked communities.
In addition to comprehending America’s degrading approach to Asian Americans, societal reparations lie in unpolluted knowledge and education against racism gripping Asians. Before liberating education and reconciliation with reality are bestowed, however, love and compassion will be required for those poisoned by arbitrary hate.
America incurs countless debt to its Asian American communities, and the least any individual can accomplish is awarding respect and recognition for their Asian American peers as their equals in the long march pursuing justice.