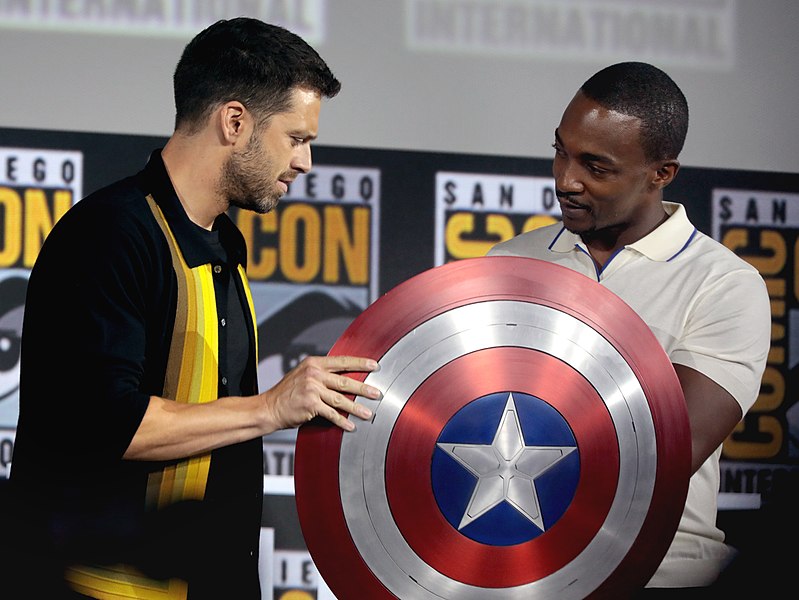 The Disney+ streaming service has done marvels for TV viewers needing a momentary distraction from current trying times. The episode-by-episode release model has created more compelling content which fleshes out character development from movie franchises like Marvel and Star Wars. Under Disney, these media giants are allowed to venture beyond their traditional two-hour story, which has resulted in TV magic.
“The Falcon and The Winter Soldier” is no exception. Parrot Analytics ranks the show in the 97th percentile of all Action and Adventure titles, with many expecting it to rise to meet the rankings of Marvel’s recently concluded “WandaVision” as the show continues its six-week run.
“WandaVision” followed Elizabeth Olsen’s “Scarlet Witch” through the five stages of grief. While there were still many comedic moments and action-packed sequences that audiences have grown to expect from the Marvel Cinematic Universe — MCU. This show marked a change in how Marvel is presenting conflicts in their stories.
“The Falcon and The Winter Soldier” follows this new format, as it tells the stories of two underutilized heroes in the Marvel Cinematic Universe: Sam Wilson — The Falcon,  portrayed by Anthony Mackie and Bucky Barnes — The Winter Soldier,  played by Sebastian Stan.
Similar to Marvel stories in the past, the show is full of heart, comedy and explosions. The main difference, however, is the type of conflict the protagonists have to overcome. Racial inequality and mental health are at the forefront of Marvel’s latest television series installment.
Sam struggles to balance the racial stereotypes he endures as a black man with the level of responsibility and fame he has achieved as a hero. Bucky, a lifelong soldier, adjusts to his life as a civilian, but is plagued with guilt from his past actions while being treated for PTSD.
These issues are tangible, timely and far more relatable than alien invasions, magical phenomenons or evil robots. It’s a refreshing and important reminder that issues affecting normal people can also plague heroes.
Social media erupted after the release of the second episode, with specific attention given to a scene where Baltimore police officers stop and surround the heroes after they engage in a verbal altercation. The officers — with hands on holsters —  ask Sam for his identification and urge him to remain calm and proceed to ask Bucky if he is alright and repeatedly ask if Sam was bothering him.
The racial incident resolves when officers realize who the heroes are, but Bucky is arrested for missing his court-mandated trauma therapy. This instance wasn’t the first time in the show either character was emotionally affected by their respective issues.
Bucky is forced to make amends with people in his past, which resurfaces troves of old trauma. Sam deals with racial undertones in conversations throughout the whole show, whether they be about obtaining a loan, correcting kids on the Baltimore street or why he doesn’t feel he’s able to take up the mantle of Captain America.
These examples are not the first time racial inequality has been a spotlight issue for Marvel —  2018’s “Black Panther” highlighted the income gap between predominantly black communities and how it has created conflict between wealthy and impoverished people of color. “Black Panther” was a smash hit, and for many it was the first time they saw a superhero with their own skin tone.
However, this success came ten years after the launch of the MCU; prior to “Black Panther’s” release, Marvel faced many accusations of pandering toward white audiences — the MCU had an image problem. The first six Avengers were white and the first twelve solo films were led by white men, while black characters were used as sidekicks or covered in prosthetics.
Since the conclusion of “Avengers Endgame,” Marvel Studios has announced many new TV shows and movies that feature a much more diverse cast. Beyond expanding the universe to contain more heroes with different cultural and racial backgrounds, upcoming projects are also set to feature more female heroes, heroes who belong to the LGBTQ+ community and heroes with disabilities.
This new direction Marvel has taken is both groundbreaking and fantastic to watch. “The Falcon and The Winter Soldier” already has a compelling story with tremendous depth —  viewers rightfully cannot wait to see how it concludes.
Marvel’s stories have been made richer by including hardships and struggles that mirror reality. It’s especially important for younger generations to be able to watch a superhero movie and see themselves in the main character. Kids who aren’t merely straight, white and male should be able to look at a poster on their wall and see a hero they can relate to — not only to their complexion, but their personalities, insecurities and everyday problems.
Everyone wants to be a hero. When heroes are made to be fallible, they also become relatable — and Marvel’s concentrated effort to humanize their heroes inspires every viewer to emulate those exceptional traits.

Micky is a sophomore in LAS.
[email protected]