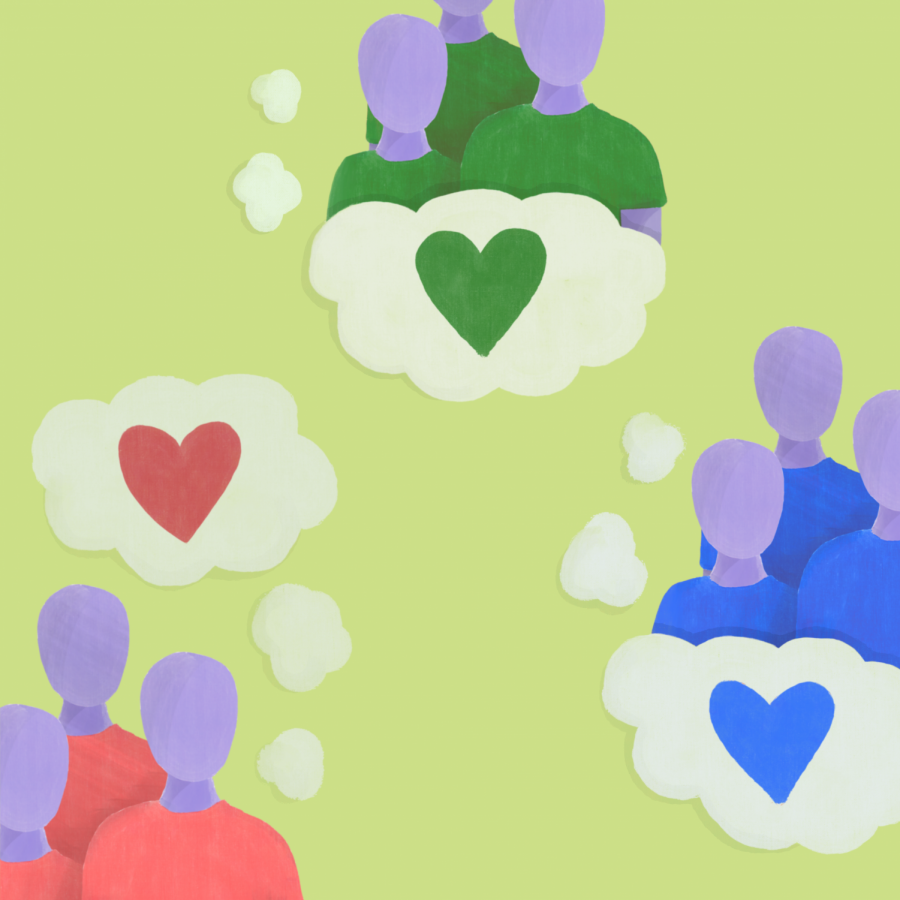 Social media is a digitized, tribal landscape. Whether it be “resistance liberals” occupying Twitter, dispersed QAnon cultists or any individual associating themself with cyber-communities, social media is manufactured for herding.

However alluring these collectives are, the underlying threat beneath this social media alignment is immense development in groupthink: the phenomenon of individuals conforming to a like-minded group; dissent is impossible and an agenda drives all for adherence.

Although these internet communities are not entirely detrimental, their consequences on society gain in relevance as social media amplifies America’s balkanization: various groups growing hostile in unity’s absence.

As reported by Statista as of January 2021, the U.S. possesses more than 240 million active social media users. Correspondingly in a 2019 survey, the Digital Marketing Institute discovered Americans spend about two hours a day on social media

At such a volume, Americans daily are subject to various digital “neighborhoods” — consciously or unconsciously. Scrolling through timelines or feeds, subliminal drips of digital communities further manifest alienating groupthink.

Accelerated by the pandemic, one is more reliant on the internet now more than ever. With already heightened presences on social media, Irving Janis’s 1972 characterization of groupthink is consequently prevalent: “a deterioration of mental efficiency, reality testing, and moral judgment.”

No better demonstration of this deteriorating “mental efficiency” and “reality testing” prevails than in January’s Capitol insurrection, where digital groupthink sprung into legitimate tyranny.

Social media singlehandedly fostered the means and avenues for absurd, tribal mentalities. Combine the allure for anonymity — never disclosing identities; cloaking one’s self “being the screen” — with the incentive of “belonging,” and it is rather uncomplicated to arrive where America is persistently pressured by countless, unhinged groupings.

In 2019, Facebook CEO Mark Zuckerberg renewed Facebook’s focus on groups, with Zuckerberg asserting, “groups are now at the heart of the experience just as much as your friends and family are.” This gesture, aimed at not only relieving Facebook’s perceived guilt in the calamitous 2016 election but as well as increasing users’ screen time — the objective for any social media platform.

However, journalist Nick Wolny details that this yearning for screen time is destructive for critical thinking skills, and outlines from recent research this subsequently reduces the “capacity to regulate self-control or finish what you start, particularly in young people.”

Lacking “self-control,” these digital communities appeal to those isolated and desiring that fondness for affiliation. These bubbles crafted on the internet — be it political or cultural — divide Americans into the hostile, digital territories afflicting any intention for a united house.

Social media balkanization, thus, can be chronicled as the internet’s next stage. As social and digital life continually merge, boundaries between laughable, virtual communities versus threats to the American fabric recede from recognition.

Notably, in a 2006 column for the Financial Times, Patti Waldmeir professed groupthink as “the genius of the internet.” Similarly, Waldmeir contended, “if we get together and share what we know, we can solve our problems,” and proclaimed, “the wisdom of the many is a great thing.”

Despite Waldmeir conceding that there is a risk for herd mentalities arising, the internet before 2006 purportedly was the savior of individual knowledge; today, it is the destroyer of clearheadedness.

How does a nation escape this proposed social media balkanized fate? Principally, think for yourself.

The crippling alienation following social tribalism is excessively avoidable. Besides the benefits of circumventing any conspiratory rabbit holes, thinking for yourself enables one to successfully navigate a world where attention is the prized commodity.

Social media-inspired balkanization is preventable. The pipeline from digital tribe to domestic threat is bewildering yet feasible — as exhibited by Capitol insurrectionists and frenzied QAnon followers. Likewise, this pipeline is escapable if one is prepared to exit the deceitful comfort of unscrupulous communities.

The individual thinker is the premier instrument for creativity, pensive judgment and forgoing corrosive group ideologies. In the virtual marketplace where one is the commodity, it is paramount for individualism to succeed before social-balkanization erodes a free-thinking society.