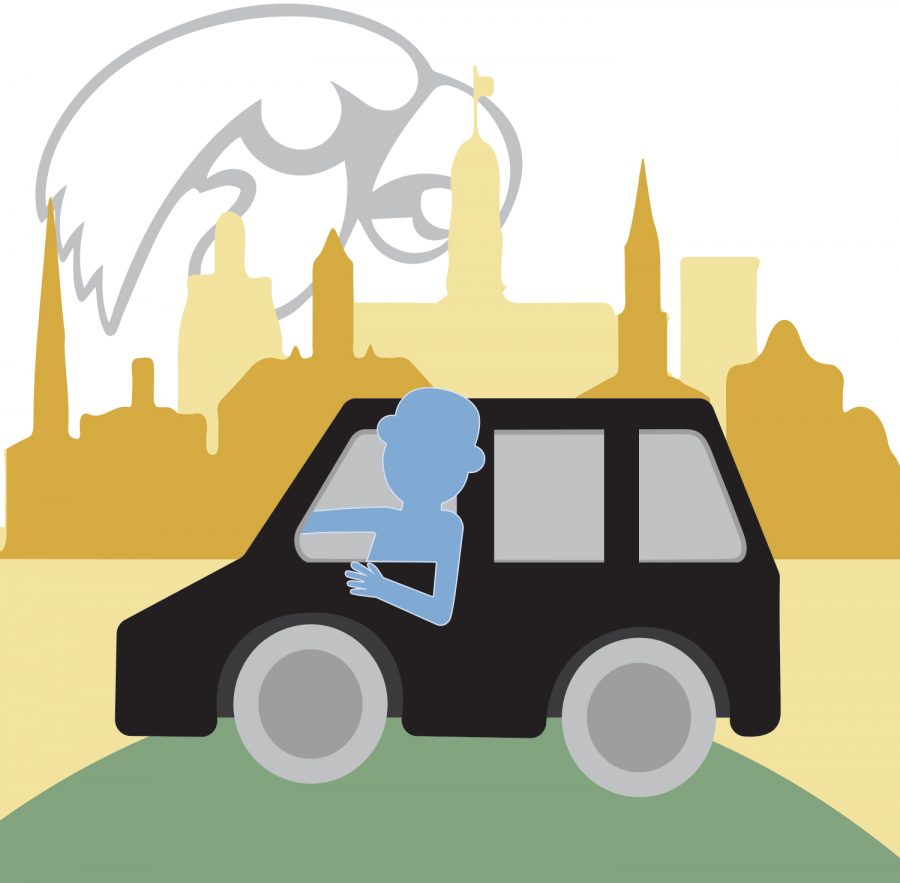 Beginning with fueling his 2004 Subaru Outback at a local Circle K, Scout immediately notices this adventure will not be easy. With gas prices surging, Scout recognizes that sustaining funds will be complicated. Subsequently, Scout invests $1 in Dogecoin hoping that by the trip’s end, wealth will await.

Nonetheless, Scout’s approach to the Iowa/Illinois border is both somber and invigorating. Leaving home for what is the first time in a century is challenging, yet the possibilities awaiting the West are immense.

With the mighty Mississippi reflecting on Scout’s Subaru, he enters Iowa.

In Davenport, Iowa, about an hour outside Iowa City, Scout adores genuine America — the America where hospitality reigns and politics stands on the sidelines.

However, upon Scout’s Iowa entry, his initial surveillance is how overwhelming politics is in Iowa. From the countless billboards denouncing Planned Parenthood to advertisements imploring you to find God, Iowa is not for the faint of heart.

Still, Scout is on a mission for the real America, and billboards dissuading “President Biden’s satanic socialism” won’t stop this reporter’s pursuit.

Shortly, Scout enters Iowa’s secure, liberal bubble: Iowa City. Although Scout received no welcome — he understands there may be hostility for an Illini to be in Hawkeye territory — the lack of any eye contact was certainly some semblance of respect.

Scout’s Iowa escapade begins with a steadfast visit to “Ridge and Furrow” — aka the “Brain Rock.” Hawkeye legend states that when one pats the “Brain Rock,” academic good fortune will swiftly materialize.

Following this experience, Scout immediately receives an email from his English professor outlining how the already-submitted final paper will be complementary to students assessing themselves in no less than three pages. Victory?

Next on Scout’s itinerary, he gained VIP access to Iowa’s Old Capitol building: tour brochures that promise “you’re not the same” once witnessing its magnificent halls.

Nevertheless, Scout’s final approach for this western episode is Iowa City’s notorious bar, The Airliner. Readers, consider Iowa City’s The Airliner to be their Murhpy’s Pub but mixed with that insufficient Iowa air.

The pious sight where Ashton Kutcher was yanked into stardom, Scout sought his own “Clutch Kutcher” moment by waiting to be plucked from the bar for hours on end.

Despite the absence of modeling contracts or Hollywood agents, the real America briefly appeared in The Airliner when one student — succeeding several drinks — awkwardly passed his phone to several defiant women who, in turn, posted MAGA fan fiction of former President Trump and Vice President Mike Pence onto his Instagram. A sight to behold.

Finally, with the sun rising, Scout acknowledged his time in Iowa was dwindling. He subsequently ventured to his 2004 Subaru Outback once again, assembling supplies for his further passage west.

Scout lovingly recommends Iowa City to those with a taste for danger and zeal. The hunt for the real America endures; the search continues.