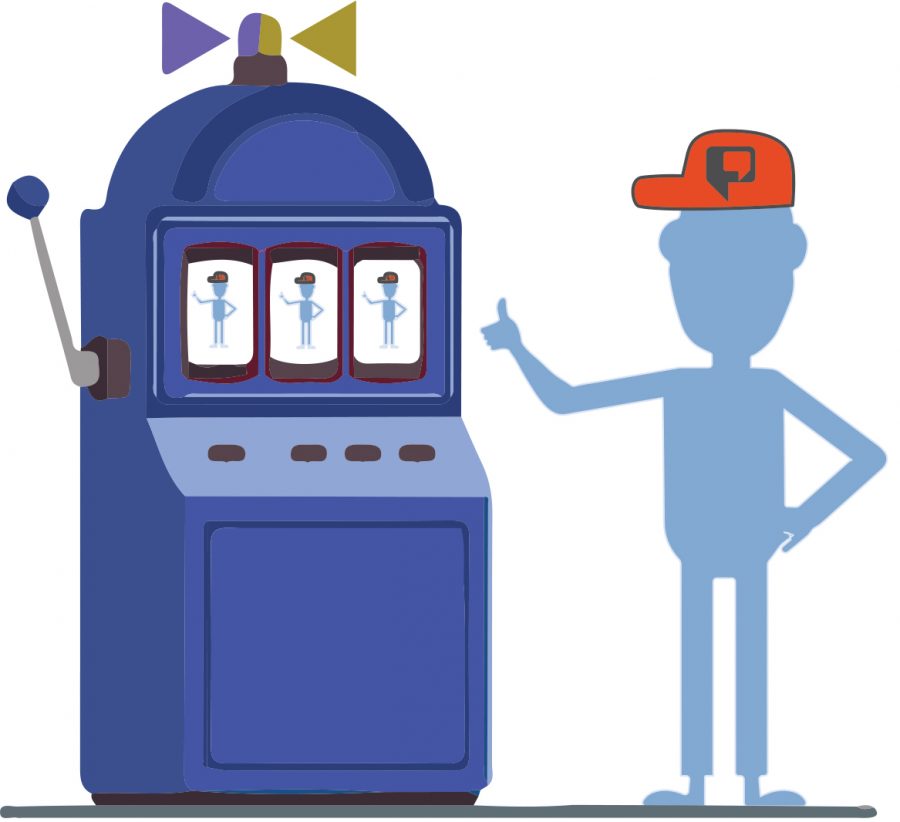 Scout has always dreamed of a beautiful getaway vacation to France. Taking in the lovely sights and sounds of gorgeous countryside. The fine french cuisine, the wine and nationalized health care. It was a dream destination of his for years.

After the U.N. Human Rights Commission revoked his European Union citizenship due to supposed ties to Russia and Chechnya, Scout has had to make do without the genuine France. Instead, Scout has opted for a detour on his nationwide journey to the next best thing: The Paris Las Vegas Hotel & Casino!

Scout’s journey to the city of sin begins on a rough note: Deported from Utah, Scout had to trek around 130 miles on foot across the Mojave Desert.

Subsequently, Scout refused an Uber amidst the currently ludicrous ride-sharing price inflation, yet his attempt to download Lyft was cut short when a thundering crack was heard in the distance.

Scout soon lost consciousness and fell to the ground.

Scout suddenly woke up in a doctor’s office and was disclosed by a mysterious man that he was shot in the head and suffered severe brain damage. Scout, unfortunately, rejected the University’s insurance plan, thus he was swiftly escorted outside to fend for himself.

With a sweet song in his heart — and ongoing severe blood loss —, Scout proceeded into the local small town of Goodsprings, Nevada to acquaint himself with the locals and become more cultured in the desert lifestyle.

His journey to the local diner establishment, “The Prospector Saloon,” was met with views of grimy farmland and shattered neighborhoods, a tragic sight that surely implied President Biden was at fault — or could this be the work of the Deep State?

The Great Recession, moreover, drained “The Prospector Saloon” of its typical patrons: cowboys, aliens and Daniel Craig. Once inside, however, Scout was delighted to enjoy local dishes.

Upon entry, Scout ricocheted into a swirling dust storm as the saloon’s remaining patrons audibly detested Scout’s Illini t-shirt. Scout also overheard the intoxicated purportedly yelp this toss was to “own the Illinois libs.”

In the storm, Scout searched for refuge within the neighborhood’s formerly striking homes — abandoned from the previous recession.

Within one deserted guest house, Scout discovered a makeshift encampment of men carrying rusted rifles and wearing what seemed to be Party City safari hats. Scout sat down with the men and asked about their livelihoods, inquiring what essence of America has sprung up in this region, and most importantly, how far the Las Vegas strip was.

“Patrolling the Mojave almost makes you wish for a nuclear winter,” one trooper discreetly proclaimed, “it’s been a long tour, all I can think about now is going home.”

Rather than aid a disoriented journalist, these men insisted they were infantry for the New California Republic.

When Scout queried their opinions on the looming recall election for Governor Gavin Newsom, they bore perplexed faces and accused Scout of either being a member of “Caesar’s Legion” or undercover for the Deep State.

When Scout explained he was booked for the Paris Las Vegas Hotel & Casino, the men pounced Scout in, as Scout perceives it, a jealous rage — prompting him to hightail it north of Goodspring.

A road sign painted to advertise “New Vegas” caught his eye during his voyage north, and Scout imagined what new attraction was constructed at the city to prompt such a dramatic rebranding.

Along this worn road, Scout was approached by a 9-foot tall lizard creature sporting black eyes and massive claws. Scout sat down and inquired of the creature what his opinions about the local infrastructure decay and if the American spirit here may be “economically anxious” in nature?

Scout then had his legs ripped off and thrown a hundred yards down the road by the screeching creature. Scout noted the aggressive, local mannerisms afflicting members of the press to be an unfortunate continuation of the right-wing’s animosity toward “mainstream media.”

Although Scout maintains independent and neutral reporting, the press still is, wistfully, repressed.

Scout concluded that he was never going to make it to his next best Paris: a shame, a $300 hotel cancellation fee shame. But Scout would not falter in his quest to continue traveling the real America.

The California border was not too far, and Scout eagerly awaited what adventure the Golden State had to offer.