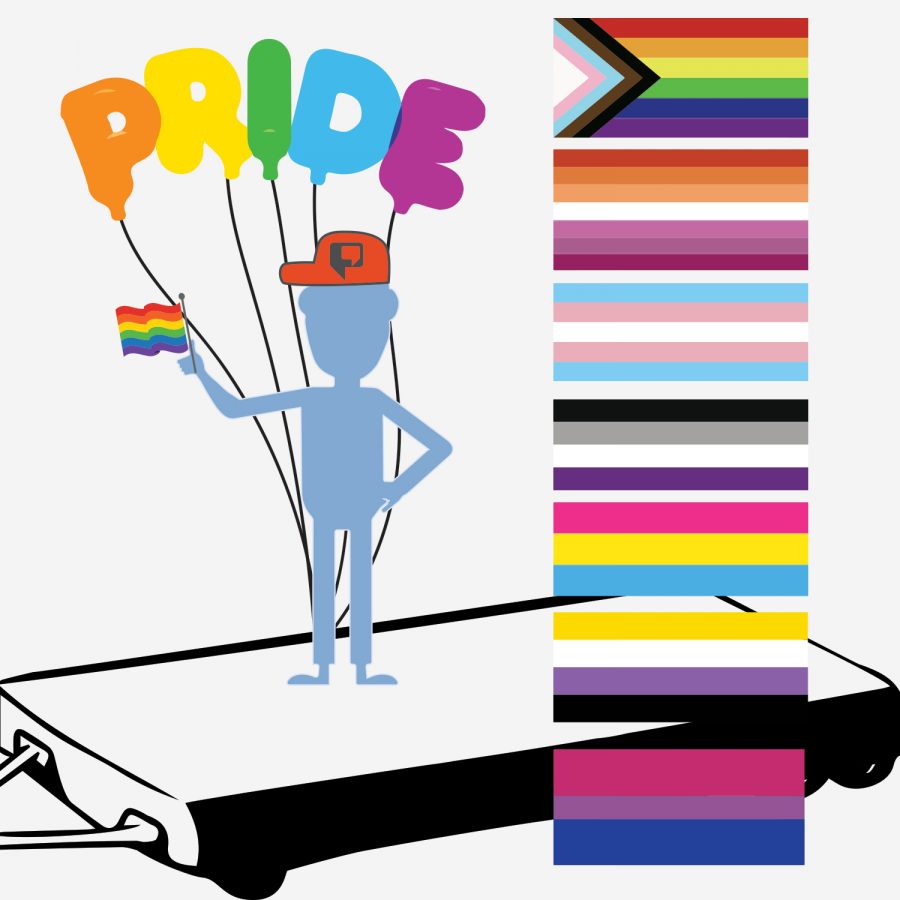 The trudge towards Los Angeles is now upon Scout. Following many grueling weeks — including multiple car crashes and rugged encounters with the “true America” — Scout’s “California Dreaming” is swiftly materializing.

Departing from Las Vegas with the question of “Heaven or Las Vegas” answered — Las Vegas is, shockingly, not Heaven — L.A. awaits a simmering five-hour drive. Although Scout appreciates the shift from constant cornfields, the desert remains a menacing biome.

Consisting of rattlesnakes, cacti and tripping boomers, Scout rather craves the notorious L.A. smog than to witness one more sign advertising “The Dan Cobra Charmer Experience.”

Still, L.A. anticipates a Scout sojourn. Thus, the show must go on.

After a tumultuous time in traffic — featuring Scout sweltering in his totaled, yet functional Subaru — Scout’s first observation of the “City of Angels” is how pleasantly decorated the city is for imminent Pride festivities. Subsequently, Scout promptly perceives that the American spirit — within the L.A. corridor — is welcoming and affectionate.

For instance, amidst West Hollywood and Santa Monica Boulevard, billboards decrying “Pride: Sponsored by Exxon Mobil and the Chevron Corporation” occupy the gaze. Similarly, among the numerous merrymakers across town, overt bankers representing Bank of America and Wells Fargo advertise “fabulous interest rates that slay the market.”

Another noticeable quality to this year’s L.A. Pride is the absolute acceptance of rapacious corporations like Amazon and a surprising appearance by Monsanto: the notorious agrochemical company.

Scout, naturally, inquired about these matters. Near La Boheme — a “New American” restaurant, according to reviews on Google — Scout soon witnessed floats from these companies round the corner.

On Amazon’s, glitter surrounded the substantial title board stating “Glamazon” alongside a compact subtitle contending, “Unions are not very yass!”

Despite the allure, at least to Scout, Monsanto employees on the scene disclosed that possible side effects include nausea, heartache and sporadic loss of consciousness. Still, Scout sends his thanks to Monsanto for this noble advocacy.

Scout’s time in L.A., thus far, has revealed that the American spirit, in its pursuit for equality, will be encroached by consumerism and late-stage capitalism.

Scout hopes there is more to L.A. than blatant corporations who, with transfigured rainbow logos for June, ignore their vague promises to the LGBTQ community every other time of the year. Nevertheless, Hollywood awaits Scout — will show business unveil the real America?

Scout lovingly recommends L.A. Pride to reevaluate its acceptance to corporations. Scout will admit, however, Monsanto’s suggested “Yass Pills” for crops should be administered to the Morrow Plots for further analysis.