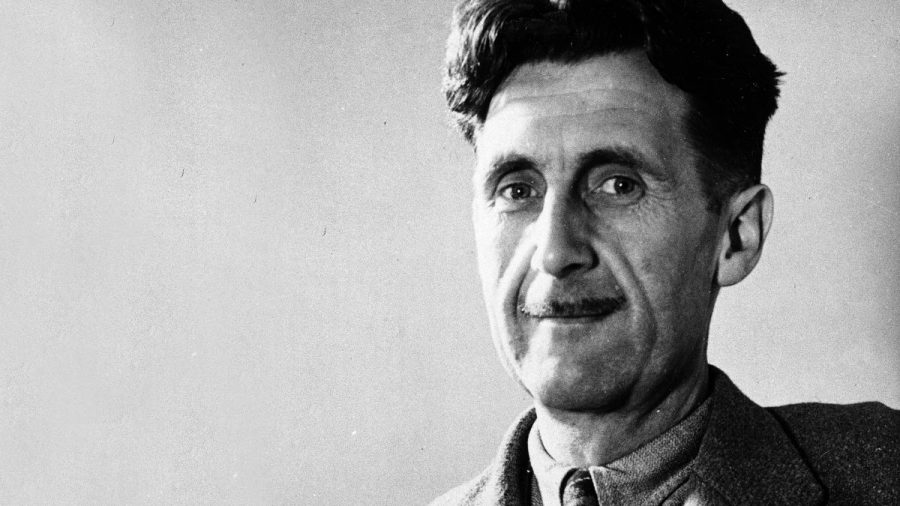 Literature needn’t always descend into the grime of politics, though it usually offers some implicit commentary. Nevertheless, when it is made to deftly confront grave political realities, its message and intent must be defended from the half-wits and McCarthyites who wish to pervert and exploit them.

One gleans the endurance of George Orwell just by observing public discourse, wherein both the aforementioned idiots and refined interlocutors alike owe him a debt.

Orwell certainly contributed a fresh and haunting vernacular. It yielded words like “Newspeak” for the compression and degradation of language, “doublethink” for the conversion of conscious assent to contradictions into an unconscious instinct and “thoughtcrime” for heterodoxy committed inside one’s skull. Not to mention the most ubiquitous example, “Big Brother.”

As informative as these are to antitotalitarianism, Orwell’s deeper imprint concerns the way citizens ought to observe and think. Resist the vagueness and revisionism of power; trust your memory even when it leaves you in “a minority of one.” Refuse comfort in the patronage of a state which offers it to you if only you relinquish your freedom.

And especially do so before the fusion of advanced technology with state power renders resistance impossible. Such was Orwell’s injunction to those who first read his warnings in 1949.

The message bears remembrance today. Yet most who invoke Orwell entangle themselves in hypocrisy as they do so.

Sniveling cries of “Big Brother” or “1984” emanate from the Right when the government proposes to do virtually anything. Collective responsibilities like mask-wearing or vaccination draw comparison to the Third Reich, and not exclusively from the degenerate Congressional spokeswoman of this lunacy.

It does not take a radical to spot the fallacy in the froth-mouthed sputterings of those who cry “communism” in this way.

Orwell was long a proponent of democratic socialism. His stint in the Spanish Civil War suggests even a flirtation with Trotskyism.

Furthermore, in Orwell’s clever allegory “Animal Farm,” the enterprising and idealistic Snowball is likely an amalgam of Lenin and Trotsky – particularly the latter – whereas it is clear that Napoleon, like Stalin, cared little for the idea of equality that sparked the uprising.

And in “1984,” the decoy book by Emmanuel Goldstein which O’Brien gives to Winston Smith is thought to represent Trotsky’s “The Revolution Betrayed,” which defended “the great idea” against its Stalinist malformation.

Orwell’s agreeably leftwing disposition distilled, it is worth remembering the scope of the crisis he foresaw. He envisioned a global landscape in which several thermo-nuclear superpowers would callously pit one against the other for the sake of power. True, the bombs threatened rivals, but they also functioned as insulation of the power of the possessors.

Those who talk of the Cold War in excessively patriotic tones, exalting Orwell as their spokesman against Soviet-style tyranny, consequently miss half of the point. The irony is at their expense.

As Erich Fromm emphasizes in his sharp 1961 afterword to “1984,” “anyone who sees in Orwell’s description only another denunciation of Stalinism is missing an essential element” of the book. Those who misapply Orwellian analysis, blinded to the symptoms of their hated Cold War foe in American society, fail to grasp this nuance.

A telling diary entry elucidates Orwell’s view that the erosion of history and the distortion of truth were appearing in the West too. As Christopher Hitchens notes in the introduction to a collection of Orwell’s diaries, one finds “a slight but definite prefiguration of the scenes in the Ministry of Truth in 1984” in the following jotting:

“Today the reference to Nehru was cut out from the announcement – N. being in prison and therefore having become Bad.”

Here, Orwell reveals both his astute eye for state obfuscation and the clear roots of his dark vision in imperial England.

One must grapple today with similar signs of creeping totalitarianism in American society, such as mass surveillance. Still, those who compare former President Donald Trump’s horrendous term or COVID-19 restrictions to “1984” ought to review its pages.

One of Orwell’s principal lessons was that the sanctity of language and the precision of its usage are inextricably linked to freedom. Careful deployments of the Orwellian and reproach of those who lazily or cynically abuse it are therefore paramount.

Risking a reductive conclusion, one suggests that part of his legacy is having the maturity to criticize society ever vigilantly while remaining faithful to the rosier elements of its conception.

This is visible in Orwell’s respect for Trotsky and his admiration for the American Revolution, as evidenced by his inclusion of a passage from the Declaration of Independence – “We hold these truths…” – as one which Newspeak made not just unsayable, but inconceivable.

In short, if a takeaway has emerged, it is this: Be as wary of the hacks who parrot Orwell in bad faith as of those who openly seek power for its own sake.