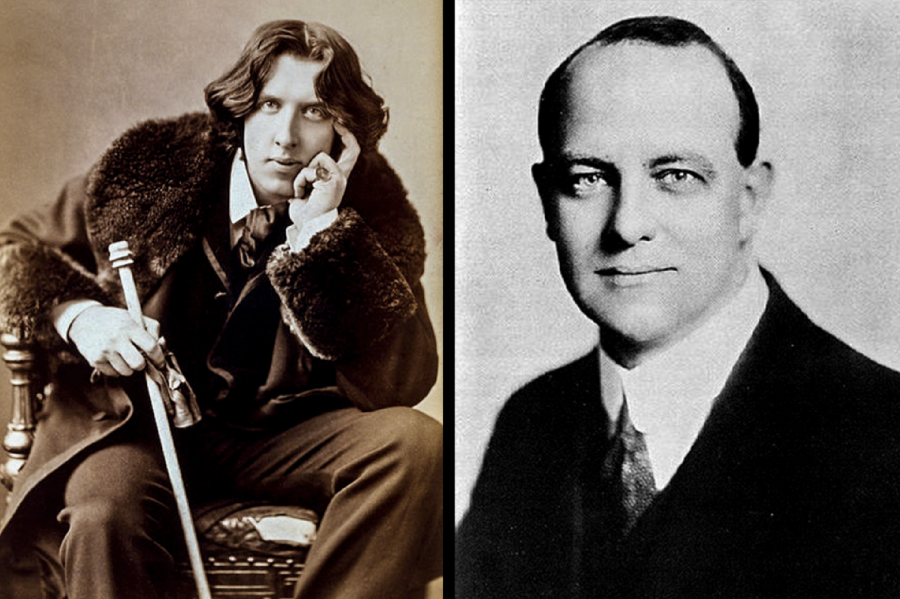 Readers of Wodehouse and my previous piece might have in mind another writer who used butlers and English bachelors to satirize high society. In fact, the parallels between Wodehouse’s body of Wooster-themed work – for the cast forms the basis of many of his other novels – and Oscar Wilde’s “The Importance of Being Earnest” are striking.

In Wilde’s famous three-act play, bachelors Algernon Moncrieff and Jack “Ernest” Worthing attempt to navigate the bores of their upper-class milieu by “Bunburying.” This involves the creation of fake relatives or friends who then serve as their excuse to leave home and seek pleasure.

In town, Jack becomes “Ernest,” the name he gives to his fake brother to fool his ward Cecily Cardew back in the countryside. Once Algernon, who has always known him as Ernest, discovers this, he reveals to Jack the similar untruth surrounding his own friend, the invalid Mr. Bunbury.

Things get complicated when Jack proposes to Gwendolen Fairfax, to whom he is and absolutely must be “Ernest.” Cecily, meanwhile, has fallen in love with “Ernest” after hearing Jack’s tales of his wickedness. When Algernon visits Jack’s countryside Manor House pretending to be “Ernest,” the resulting engagement precipitates a dispute between Cecily and Gwendolen, who now both believe themselves to be marrying “Ernest.”

After the facade crumbles and some general brooding takes place, Jack discovers that his name was Ernest all along; having been misplaced at birth by Miss Prism, now Cecily’s tutor, “John” was his childhood guardian’s choice of title, while “Ernest” was his name at birth. Jack realizes that he is Algernon’s brother and, inter alia, his marriage to Gwendolen goes through.

The resemblance between Wodehouse and Wilde here – and it should be mentioned that Wilde arrived first – spans more than just their ingenious plots and choices of setting.

For one thing, several archetypes are shared. There is the gentleman of hilariously refined clumsiness, the witty butler at his service and even the domineering and terrifying aunt. These are not perfect pairings – most visibly when comparing Jeeves to Lane or Merriman – but they are well-defined nonetheless.

Take Lady Bracknell, Algernon’s aunt and the self-appointed arbiter of several of the play’s marriages. Her resolute and fearsome orations on education, class and womanhood recall both Aunt Dahlia and Bertie’s Aunt Agatha, who purportedly “eats broken bottles and wears barbed wire next to the skin.”

Through such characters, each writer criticizes the upper-class for its superficiality and its hypocrisy. But this is done to varying degrees.

Wodehouse clearly wants to broadcast the pettiness and absurdity of affluent countryside life through Bertie’s escapades. But the farce runs deeper with Wilde; he wields a sharper sword and launches a more forceful attack on society. Where “The Code of the Woosters” is a top-notch comedy, “The Importance of Being Earnest” is more pointedly satirical.

Wilde explicitly takes on the inverted nature of his target, namely the amorality and stupidity which underlie its claims of superiority, with deadpan remarks that illustrate this disconnect.

On morality, Wilde manages to poke fun at the rich by parodying its take on the class system. After all, Algernon says, “If the lower orders don’t set us a good example, what on earth is the use of them?” As it follows the discussion of the servants’ inclination to champagne instead of wine, which disturbs Algernon, Wilde gets at the triviality of upper-class judgments of proper moral conduct.

Perhaps one of the sharper epigrams of Wilde’s play appears as Lady Bracknell studies Cecily’s frame while considering her possible marriage to Algernon. Saying, “The two weak points in our age are its want of principle and its want of profile,” Lady Bracknell shows temporary awareness of the former only to comically negate it in the second half of the line.

Given that “want of profile” refers to the ritual of molding the female appearance into one that is fit for marriage and seeing as how looks and money are the only “really solid qualities” a girl was thought to offer toward this end, this passage speaks to Wilde’s attempt to mock the treatment of women and the ordeal of marriage in the Victorian age.

So closely are the two ideas juxtaposed in this line that it reminds one of another Wildean phrase. Though not from this play, it undoubtedly breathes within its pages: “The first duty of life is to be as artificial as possible. What the second duty is no one has as yet discovered.”

Wilde broaches several other themes in this way, most notably education and foolishness versus cleverness, as part of his critique.

Though less deliberate in its exposure of the defects of its characters and their environment, “The Code of the Woosters” retains an advantage over “The Importance of Being Earnest.” Its first-person narration affords it an added dimension for humor – viz. the formidable psyche of Bertie Wooster – which contains within it extra room for implied rather than ventriloquized social criticism.

Those who intend to brave the coming, resocialized times without the trusty voices of these authors are “apt to be fogged,” as Bertie once declared. Between Wodehouse’s linguistic inventiveness and Wilde’s wit, the two men channel their genius into literature that remains nourishing to imbibe.