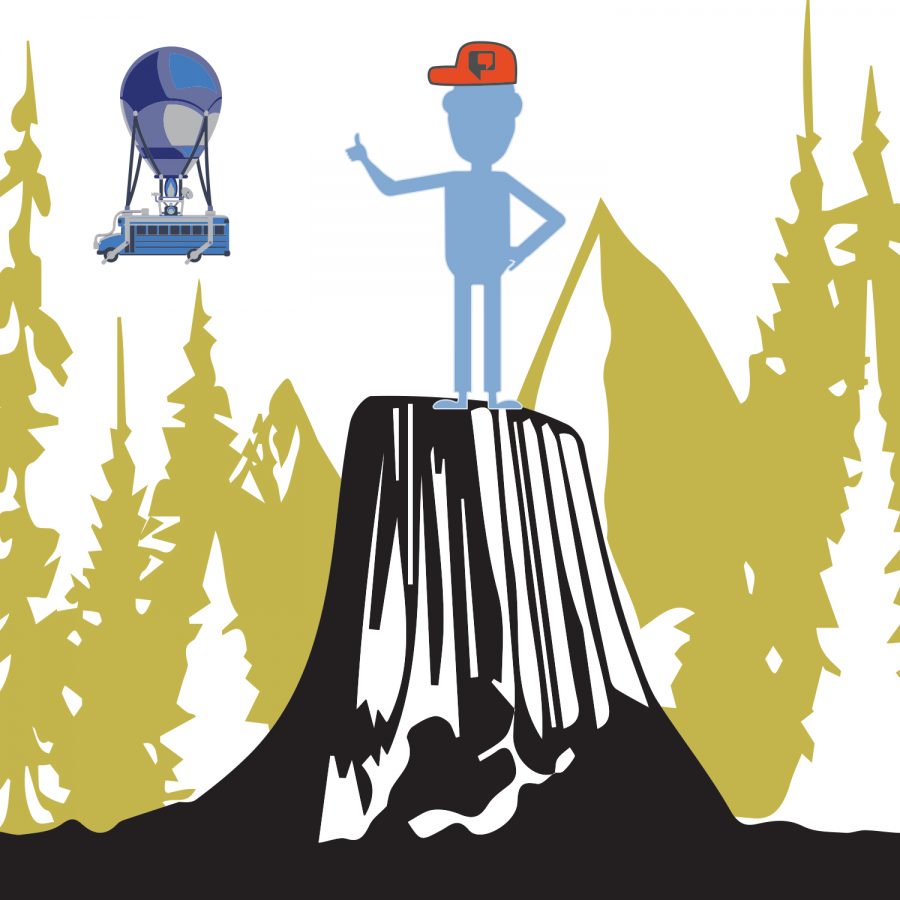 With the California dream manifesting, Scout hopes to uncover the American West before further departing east, ending his journey in either the Big Apple or — if the New England gatekeepers permit — Ben Affleck’s hometown. Nevertheless, Scout marches forward.

The sun kissing his skin while popsicles melt, Scout’s California sabbatical was coming to a close. Sure, Scout witnessed a “Q-miracle” with the Disneyland fireworks, yet Ellen DeGeneres and Jimmy Kimmel lack a proper citizen’s arrest, and the American spirit remains uncharted. Thus, Scout must move on.

The “comedians” guilt eluded for crimes against comedy, Scout recognized that we as humans are fallible, therefore Scout must live, learn and leave. Furthermore, Los Angeles International Airport was calling Scout’s name.

Reaching the Disneyland parking lot for the first time in about three weeks, Scout noticed his green Subaru crowded with what appeared to be minions-themed wrapping paper — a prominent, humorless insignia of Jimmy Kimmel and Ellen DeGeneres’s cheugy comedy. Although the mess prompted Scout to order an Uber for the airport, one clue revealed to Scout his next destination.

Atop a Pixar-powder blue bow sat a message disclosing, “Meet at the top of Devils Tower if you so wish to know the real America.”

Startled and shocked by the brazen invocation of the devil, Scout swiftly cooled off before realizing that his journey east begins with a stumble through Wyoming.

Trusting that his green Subaru would one day return — if the Subaru truly loved Scout, obviously — Scout proceeded toward LAX with the objective that Wyoming is the heartbeat of America.

Hopping into LAX awaiting the American dream sporting an L.A. Clippers jersey that was on clearance, Scout sought the first plane venturing towards the Cheney homeland. After speaking with a United Airlines associate, Scout determined the sportiest and most economical means of flying to Wyoming: the Fortnite battle bus.

The latest collaboration between the cartoon shooting game and the company that brought you the United Express Flight 3411 incident, the now-material Fortnite battle bus promised an exhilarating yet fair ride.

Boarding the battle bus, Scout felt unnerved as other attendants prayed and begged to hop on any other flight that would not include a hot air balloon bus ride.

Nevertheless, the bus rose and soon Scout muttered a muted goodbye both to California and possibly life.

Flying primarily over the desert, Scout conceived that the battle bus was notably not that distasteful. In actuality, the battle bus was a smooth ride with Scout solely complaining that more could not experience the thrill of a Fortnite-United collaboration.

Once more, Scout was on the search. Withdrawing from the Jackson Hole Airport, Scout recalled the bow declaring that the answer to America lay atop Devils Tower. Subsequently, Scout comprehended that his journey to this natural landmark meant additional transportation.

Therein, Scout called upon an old buddy who owed him a favor following a hunting injury.

Due to Scout’s strict adherence to journalistic integrity, the name of this companion cannot be disclosed. However, to aid readers, Scout — thanks to his profound standing in the journalist community — can provide an alternate name for this ally: “Trick Zany.”

Trick, with a characteristically glowing grin and ill-fitting pair of jeans, arrived immediately once the battle bus docked. Understanding the seriousness Scout was undertaking, Trick delivered Scout notoriously faster than a mule could tie its shoes — readers, Trick insisted this joke be included in Scout’s recollection or else Scout would face another “hunting accident.”

With Devils Tower and the morning sun standing before Scout, Scout hastily noticed a figure leap off nature’s citadel before embarking into the radiant sunlight. Thankfully, Trick packed a slingshot into his Ram 2003 pickup and speedily propelled Scout to Devils Tower head.

With the mysterious figure’s footprint methodically whittling to the wind, Scout’s consecutive judgment was to investigate the scene — as would any distinguished journalist.

After assessing the scene, the singular clue as to where this figure may next be was written behind a cardboard cutout of Ellen DeGeneres and Jimmy Kimmel grasping with a cheugy glare to the camera.

“We fooled you into roaming across Wyoming; through word of mouth, let your next American destination be the South.” Additionally, the directive asserted in its conclusion, “P.S. you’re the unfunny one. Get an actual job instead of investigating America, loser.”

No doubt these are the words of America’s comedic burdens: Ellen DeGeneres and Jimmy Kimmel.

Scout wickedly recommends Wyoming for those with a taste for action and conundrums. Despite his short tenure in the Cowboy State, Scout’s southern assignment certainly will administer a semblance of the yearned for American spirit.