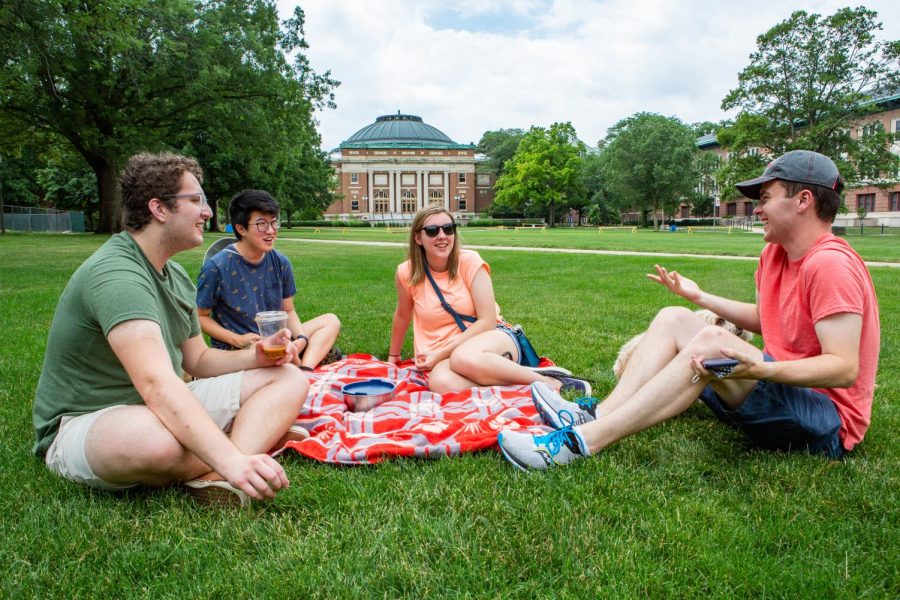 Adolescence and young adulthood is a wild time. The federal government says we are adults, the state government says some of us can buy drugs and our brains don’t finish developing until the age of 25. Wild times indeed.

I’ll quote Stanford neuroscience professor Robert Sapolsky. “Because the frontal cortex isn’t quite there yet … what you have as a result is more adventurousness and more openness to novelty and more likelihood of seeing somebody very different as, in fact, not being that different after all. And more likely to grab a cudgel and smash in somebody’s skull who happens to seem like a ‘Them’.”

Toward novelty, the new, the radical, the taste-forming — that’s where the current developmental stage of our brains gives us a hearty shove toward. Unfortunately, the cortical structures that push a young individual to start cultural trends or march in the streets to protest for prison reform are the same structures that push a young individual to join an extremist organization and march in the streets of Charlottesville.

A governing rule of improv comedy is “Yes, and…”. Comics must always act as if they are following a previous line with “Yes, and…” perpetually agreeing and adding to the scene.

As these college years will be your taste-making years — the years most integral to your behavior later in life — just “Yes, and…” your time on campus. Read new books, take classes you wouldn’t normally take, eat new ethnic cuisines, listen to new music, join student organizations.

I’d personally recommend staying away from organizations ideologically sympathetic to fascism or cult-like behavior. But aside from that, the world is your oyster.

The clock is ticking first-year students. As the saying goes, “time’s arrow neither stands still nor reverses. It merely marches forward.” The last years of taste-making, novelty-seeking and adventurousness are upon you. By 30, they’ll definitely be over, so why not start exploring now?

If a novel opportunity presents itself, without hesitation, echo the sentiments of our capitalist overlords at Nike and “just do it.” I am entirely cognisant of the incredible number of platitudes I spit out thus far. These are sentiments touted at every orientation or motivation seminar.

The harsh fact is most likely you won’t change if you keep the same environment. If you attend such a large university as this one and commiserate with your same friends from high school, you won’t evolve much farther beyond your high school self. Similar or static environments breed consistency. Loners stay loners. Extroverts stay extroverts. So, genuinely be wary of dedicating another four years to the same people you just spent the past four with. Change it up.

“Yes, and…” your first year and all your years at this university. Seek adventure and openness and novelty. Take advantage of this critical period in neurological development and grow as a person. Anecdotally, it’s worked wonders for those who at least give it a try.