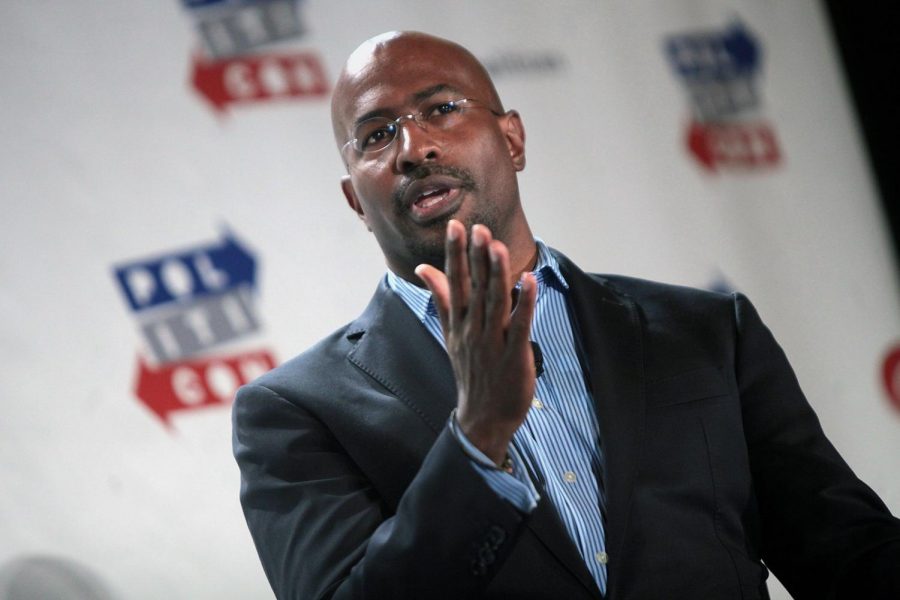 Hello, Mr. Jones. How nice of you to read this column; I truly appreciate you spending your time to hear what the young people think.

It has come to my attention that the founding father of capitalism, Jeffery Bezos, recently bestowed unto you 100 million dollars to do with as you wish. Now, Mr. Jones, we all know you are a proficient and intellectual political pundit who can decide for himself what worthy cause best deserves your donation by proxy.

But, if I am to be so bold, allow me to make an argument for what I feel you need to do to have the most impactful return on investment of your 100 million dollars to benefit the country.

Purchase and collect senators just as six-year-olds might collect beanie-babies.

Walk up to Sen. Kyrsten Sinema and inform her that if she doesn’t do everything in her power to help pass every Democrat bill put to the floor of the chamber, that she won’t serve another term. But sadly, Sen. Sinema isn’t up for reelection in 2022. So, Mr. Jones, let’s look at a few more immediate actions you can take.

Make it your mission to re-elect Sen. Raphael Warnock. Spend 20 million dollars if you must. Just get him reelected. While you’re at it, please throw some money Mark Kelly’s way to win his reelection bid in Arizona. Both these men didn’t win their special elections just to get swept out 2 years later on the winds of newly passed voter disenfranchisement legislation. Help them out.

As for an offensive, there is a part of me that believes 100 million dollars to oust Sen. Marco Rubio is a great deal. The country would be better off without him in the government. Nonetheless, defeating Sen. Rubio probably wouldn’t take more than a couple tens of millions. Mr. Jones, just make sure he loses.

North Carolina and Ohio are each home to a retiring GOP senator. Mr. Jones, it is your decision if both turn blue. It is officially your job to get Tim Ryan of Ohio to the U.S. Senate. Better yet, Cheri Brown of North Carolina, the first African American woman to sit on the state’s supreme court, is running a campaign without corporate PAC donations.

A noble strategy? Yes. But Brown doesn’t have the name recognition like other prominent officeholders to easily pull off a successful grassroots-funded campaign against a Republican party that doesn’t want to lose North Carolina. She needs your money; give some to her.

Conversely, you might like to set your sights on Republicans who are worried they might be primaried from the ideological right. Make sure they cooperate with Senate Dems lest they lose job security.

Sit senators down while threatening their reelection bids and get them to pass infrastructure bills, spending bills, anything the Dems desperately need. Topically, maybe a 100 billion dollar budget increase for the IRS. Because while 100 million from Jeff Bezos sure is a lot of money, just imagine closing some tax loopholes and finally taxing the man for billions, hand over fist.

With continued Democrat control of the legislative branch, we can prevent two years of stonewalling before the 2024 presidential election and pass some important legislation. Maybe end the Senate filibuster. Maybe indefinitely renew the child tax credit so future legislatures don’t have the chance to cut the program as easily.

Frankly, Mr. Jones, if the Democrats lose the Senate in 2022, the blame will sit squarely on your shoulders.

Do your duty to your country and bribe some senators, or as politicians like to call it, “make some campaign donations.”