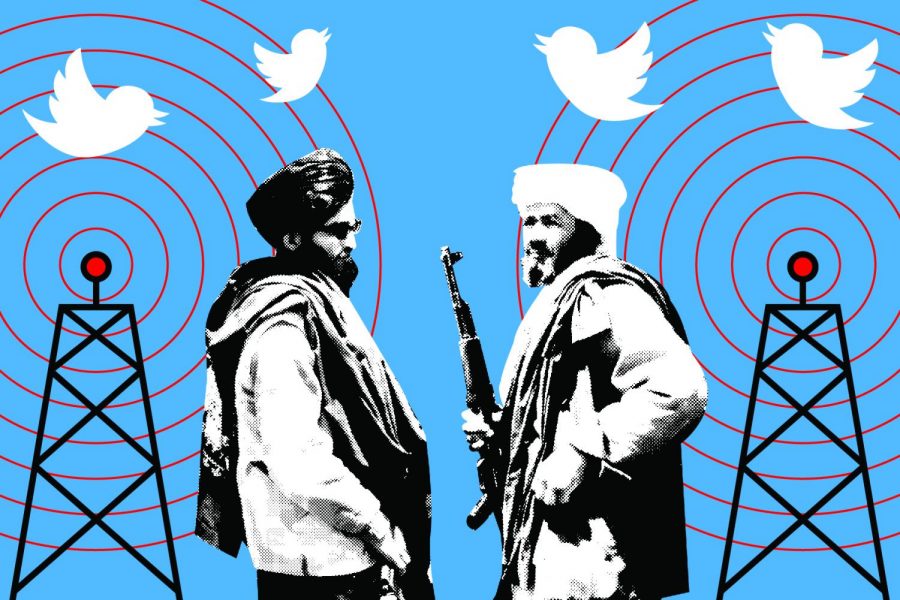 By The Daily Illini Editorial Board
September 1, 2021

The collapse of the United States’s 20-year odyssey within Afghanistan is both brutal and foreseeable.

For nearly all of their occupation, the U.S. was the thin line between a tragic Taliban restoration or an ever-evasive order. Nevertheless, with the Taliban swiftly subjugating the nation U.S. forces sought to leave in a competent condition, it is clear that the U.S. was outfoxed not only in a physical manner but also through a technological theatre.

Plenty can be argued about the U.S.’s physical operation over the past two decades in Afghanistan. However, focusing on the technological front, matters appear opposite to what one would expect from a superpower versus guerrilla combat.

Technology — in its unregulated and open nature — is central to the Tablian’s reconquest of Afghanistan.

With their incorporation of recent technologic innovations, the Taliban’s sudden recrudesce should come as no surprise: the Taliban of 2001 is remarkably divergent from the wired-in group today.

Paul Mozur and Zia ur-Rehman of The New York Times accurately account that the Taliban’s utilization of communication services has paved their way to power once more.

Whether it be the Taliban attempting to subdue panic by reassuring “female health workers they could keep their job,” or disclosing to a religious minority group “that they were free and protected,” the Taliban is exploiting technology to their advantage.

Ironically, when the group originally controlled Afghanistan in the mid-1990s, the internet was promptly outlawed. However, this initial internet ban never dissuaded the Taliban from manipulating the media to project distorted order and strength.

In an analysis by the Atlantic Council, Emerson T. Brooking describes how the Taliban’s media arm has always set their objective on establishing legitimacy:

“Both among the local populace and in the eyes of the international community, and undermining the U.S.-backed Afghan government,” the Taliban craved validity through villainous media maneuvering.

Furthermore, Brooking asserts that — despite their erroneous promises — the Taliban’s philosophy has not evolved, “Instead, what has changed is their willingness to use modern technology to realize their medieval ends.”

While the Taliban immersed itself into the digital age, the U.S.’s failure in Afghanistan can be attested to its lethargic innovations in militaristic and technological strategies.

In the MIT Technology Review, writers Christopher Ankersen and Mike Martin contend that the U.S.’s rigid style is complicit in the Afghan fiasco:

“The West fought the war in much the same way from beginning to end. The first airstrikes in 2001 were conducted by B-52 bombers, the same model that first saw service in 1955; in August, the attacks that marked the end of U.S. presence came from the same venerable model of aircraft.”

On the other hand, Ankersen and Martin note the Taliban commenced and concluded the conflict drastically advanced disputing, “they began this war with AK-47s … but today they have harnessed mobile telephony and the internet — not just to improve their weapons and their command-and-control systems, but even more crucially, to carry out their strategic communications.”

Moreover, modernized means of communication enabled the Taliban to efficiently recruit across encrypted channels in addition to dissuading civilians against any effective resistance. Similarly, the group’s billowing presence on social media grants and perpetuates the authority the Taliban has yearned since its 1996 inception into power.

Although a handful may counter that — as the present rulers of Afghanistan, disturbingly — the Taliban’s occupation online is tolerated due to their “state leadership.” Yet, social media companies bear responsibility for the Taliban’s reinstatement.

Fortunately, Facebook — for once — took the appropriate action years ago in banning the Taliban from its site. Its subsidiary, WhatsApp — a messaging service famed for its encryption — nonetheless, is publicly stated by the Taliban as crucial to its governance efforts The Taliban, before being blocked by Facebook after two days, used WhatsApp as a “complaints hotline” for Kabul residents.

Without a cohesive policy addressing a tyrannical force like the Taliban, the group’s digital network of power unceasingly reinforces itself. While the group aspires both to incite calm and fear in the citizenry with its modern communications, Silicon Valley’s absent resolution generates persistent bloodshed.

Technology, when appropriately applied, is a liberating factor to the masses. Yet, when grossly abused by repressive, medieval criminals capitalizing on its absent regulations, the freeing force is reestablished as shamefully heinous.