Opinion | Is Illinois a football or basketball school? | II 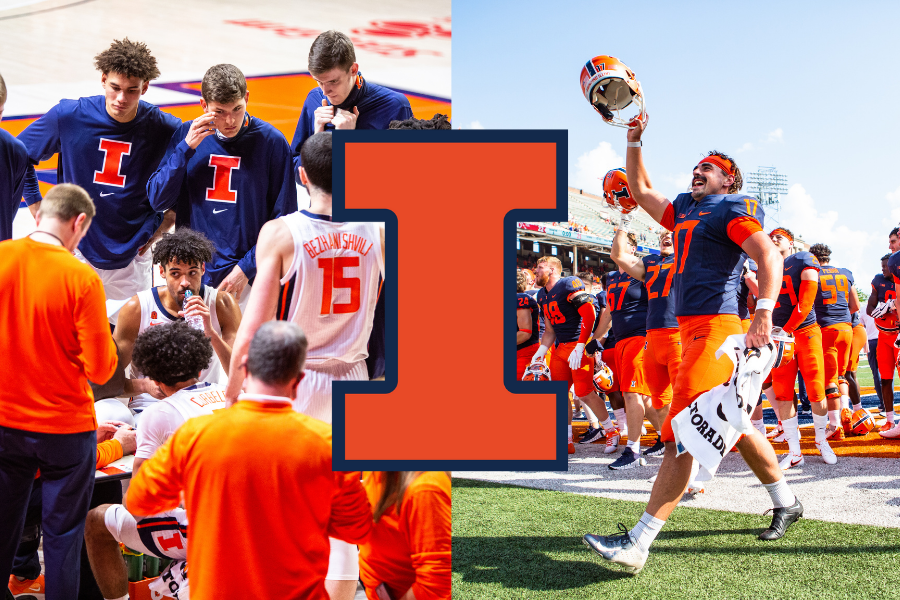 Oh, what a time to be an Illini.

Just a few weeks into the new school year where most students have returned to the classroom in person amid an ongoing pandemic, that’s not the only thing members of the University community are excited about. Recently, Illini football and basketball have served as a topic in many conversations. Why shouldn’t they?

Both teams are looking to have bright seasons ahead for them. Normally, Illinois football and basketball take turns having successful seasons but never in the same year. In a February 2020 column for the DI, I questioned whether Illinois is a football or basketball school. Nowadays, with the way both teams are looking and the fans being excited about their season, I think about the same issue.

After two years of not being able to watch from the stands at Memorial Stadium, University students and Illini fans alike witnessed the first game of the Illinois football season together on Aug. 28. Better yet, the Illini defeated the Nebraska Cornhuskers in a 30-22 upset. It was an even better moment for new head coach Brett Bielema, as the game served as the first win under his term.

But I wasn’t just excited about being able to watch my fellow Illini battle on the gridiron. I was happier to see fans in the stands again, especially every member of Block I. With over 41,000 fans in attendance, the student section alone sold out for the first time in years, which included roughly 6,000 students.

One would think that Illinois is a football school, but some might beg to differ.

Any proof would be what happened on the morning of Sept. 1. Student season tickets for Illini basketball went on sale at nine in the morning and were sold out in less than three hours — all 3,000 seats in the Orange Krush. That accomplishment alone hasn’t happened since probably the time of stars Dee Brown and Deron Williams.

Nevertheless, both Illinois football and basketball have bright futures ahead of them. But the question remains for me and countless other Illini fans: Is Illinois a football or basketball school?

Over the years, both programs have led successful seasons, but never in a consistent manner. It’s almost like a game of Hot Potato — no team has the spotlight for long. However, for both seasons ahead of the Illini, they may just have to share that spotlight.

Whether you think Illinois is a football or basketball school, you may be right in your own opinion. That’s great. However, just be glad at the end of the day, you’re able to cheer your team on to victory wearing your orange and blue with pride.

Whichever program is better and serves as the frontrunner in what the University is known for in sports, know that every day is not only a great day to be an Illini fan but an Illini yourself.