DI Voices | Forgive me, Father, for I have not sinned 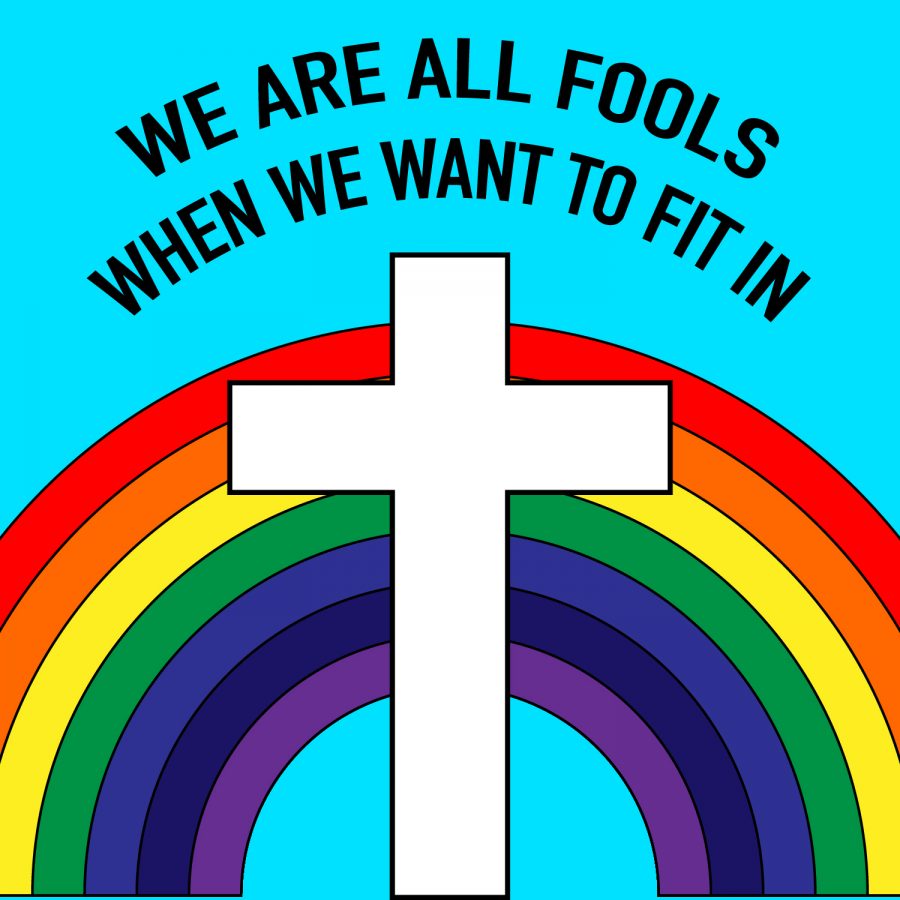 On Sept. 6, 2019, I desperately desired God’s guidance as I entered the chapel of St. John’s Catholic Newman Center. While waiting to confess, I knelt at a pew, praying for guidance. After confessing a half-hour later, I left the chapel and floated down Armory Avenue in a daze of guilt. Slinking across the quad to my apartment, I felt I had failed God.

Growing up in Elmhurst, Illinois, many people there — myself included — were Catholic. I was an altar server at a local church, and I loved every second of it. My connection with God was so strong that I even hoped to join the priesthood someday.

Nearing adolescence, though, a gap between me and the Church began to grow. My beliefs increasingly clashed with Catholic teachings. Struggles with my mental health made me question if God was really with me. Shortly thereafter, I realized I was queer — this was the last nail in the coffin of my faith.

Most Catholics I knew had negative views of queer people. I could not be Catholic while being true to myself.

Many queer Catholics and ex-Catholics have similar experiences — we share the impact of the hatred and alienation we faced, which reverberates in our ears like church bells to this day. When the time came for Confirmation, I decided against it and stopped attending mass.

In 2019, after moving to C-U for college, I wanted to regain the sense of community Catholicism had given me. I went to mass at Saint John’s Catholic Newman Center — it was my first mass in over five years.

The Gospel reading that Sunday was the Parable of the Prodigal Son — the significance of which was not lost on me, as it seemed like a message welcoming me back. Despite this poetic return, the inconsistency between my sexuality and Catholic doctrine gnawed at me. Although I debated whether talking to a priest would help, I would have to walk to the chapel through the late-summer heat to find out.

Getting up from the pew, I anxiously strode to the confessional and knelt at the lattice which separated me from the priest. I began my confession like any Catholic would: “Bless me, Father, for I have sinned.” After an initial exchange, I explained that I was queer and felt unsure of my place in the Church.

He likened this to his own struggle — he was attracted to women but had to remain celibate. He faced temptations every day but vowed not to act on them. I explained that I had already acted on my temptations, but he reassured me that it was not too late to stop sinning. Too crushed to challenge him, I accepted my penance in fear that God would reject me if I “lived in sin.”

Perhaps it was foolish to think a priest would preach some inclusive Gospel, but we are all fools when we want to fit in. Something good did come of this, though — a month after my confession, I let go of fitting in and accepted that I was a trans woman. I have found many people since then who will stand with me no matter who I am.

Hopefully, future generations of queer and trans people will not find similar barriers in their places of worship. Rather than convincing us to be straight or cisgender, Newman Church’s clergy and parishioners could do as the Prodigal Son’s father did and welcome back their queer and trans siblings. I patiently await this reunion so we may rejoice together again.