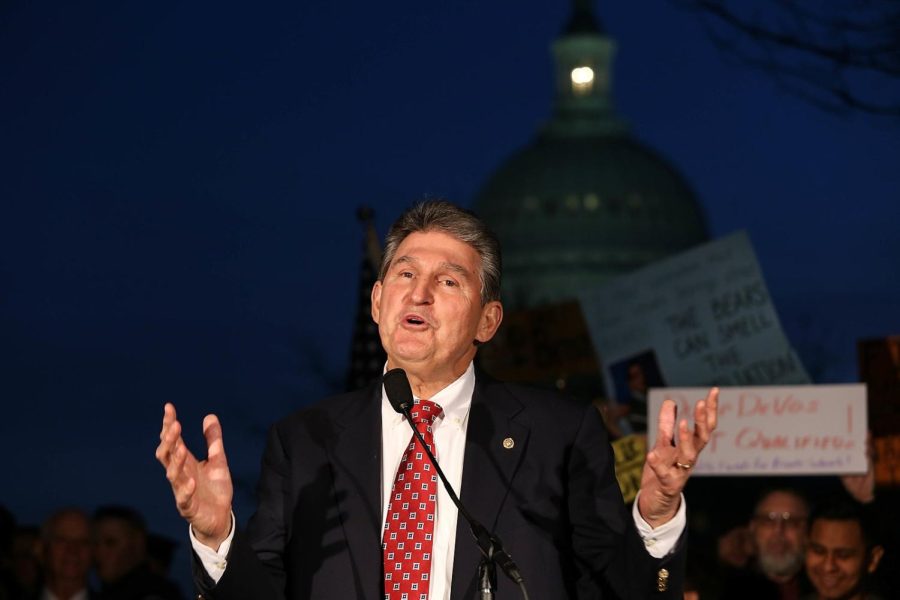 Just after last year’s general election, a friend remarked with considerable prescience that governing power had fallen into the hands of two guys named Joe. One is, of course, President Biden; the other is Joe Manchin, the senator from West Virginia of arms-bearing fame.

Manchin has employed that kind of political calculation over the past decade to retain his seat in a fairly conservative state. Now, his commitment to realpolitik, along with his ideological predisposition to Republican conservatism, could kill one of the last hopes for serious climate policy.

Though perhaps only “radical” in the American political context, this massive social safety net expansion cannot fail if Biden wants to make progress on domestic policy.

Climate change is the most exigent of these items, and it’s precisely here that Manchin enters the picture. As chairman of the Senate Committee on Energy and Natural Resources and the de facto “50th Democrat” needed for passage by reconciliation, Manchin sits at the center of negotiations.

He is the nightmare version of a legislator on whom climate policy depends. Though not a denier, Manchin knows the tentacled embrace of the fossil fuel industry.

West Virginia is the second-leading coal-state in America, and Manchin makes hundreds of thousands of dollars per year in stock dividends from the coal company he founded. He’s also received the most donations from coal, oil and gas companies of any senator this cycle. Appropriately reported or not, this is corruption on an apocalyptic scale.

Surrounded as he is by fossil fuel lobbyists, Manchin’s position is both predictable and contemptible. He opposes the $3.5 trillion price tag, has floated delaying a vote until 2022 and wields a virtual hatchet over the best component of Biden’s bill: the $150 billion in subsidies for companies who switch to clean energy by a certain margin.

Sinking sleazily into the false respectability of moderation, Manchin wants to lower the subsidy threshold from a 4% per year increase through 2030 to 3% or less. He also wishes to extend the subsidy to companies who switch from coal to natural gas, another major pollutant, and seems amenable to eliminating fines for companies that fail to transition.

Perhaps he’s listening to his longtime friend and exponent of one of the most dumbfoundingly naive claims about clean energy ever uttered, electric utility executive Nick Akins. Akins believes penalties aren’t necessary because companies already “have all the impetus in the world” to drop coal for clean energy.

Manchin claims he’s fighting for his constituency, but he supports them only as the rope supports the hanging man. By clinging to coal, he’s lending a dying industry’s worth of people a phony lease on life instead of investing in their transition to more viable sectors.

What’s more, it’s all a facade. As Paul Krugman notes, coal mining employs less than 2% of West Virginian workers. The industry’s demise came under President Reagan as a consequence of nascent automation.

With his cynical panderings to sentimental West Virginians exposed, what arguments are left for Manchin’s position? He can talk soberly of fiscal responsibility, but this is nonsense. As economists like Krugman have repeatedly explained, national debt concerns are not legitimate grounds for blocking spending on existential problems like climate change. Plus, Trump’s tax cuts are a major reason for the recent scramble to raise the debt ceiling.

Manchin can also drone piously on about bipartisanship, but his commitment to this overvalued trope functions mainly to enable Republican obstructionism.

Unfortunately, Manchin is the logical product of Biden’s trademark unity talk. Like most moderate Democrats, he’s essentially a Republican, an embodiment of the regnant Washington status quo only recently complicated by Trump and the progressives: that of the one-party, two-faction system designed to serve upper-class interests. This system necessitates that legislation goes through people like Manchin, thus ensuring the preservation of elite consensus.

Unless Manchin stands up to his fossil fuel industry benefactors and finally talks sensibly to his constituents, the consequences will be very dire indeed.