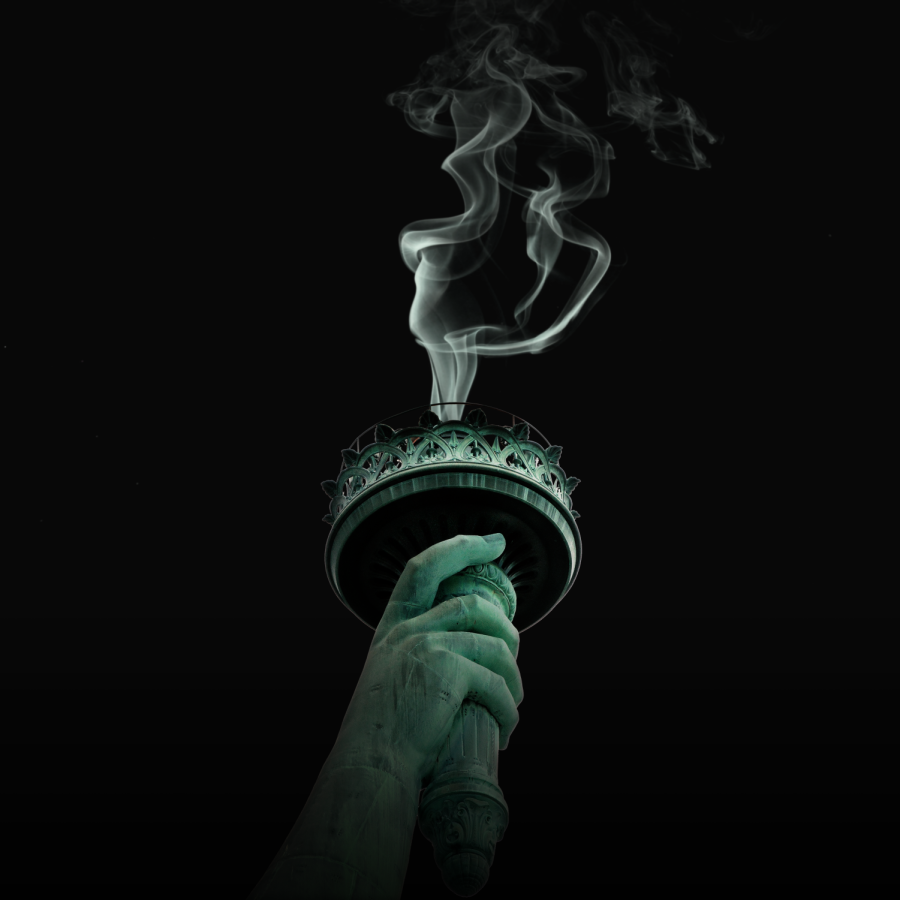 The United States has never been more powerful than it was in 1990, a year that saw the accelerating decay of the Soviet Union and the release of Vanilla Ice’s breakthrough hip hop single “Ice Ice Baby.” Looking at current events, however, makes one feel that they are winding down a one-way road through an apocalypse.

In between history lessons steeped in American exceptionalism, children in the United States conduct traumatizing intruder drills and mask up to ward off a deadly pandemic. Meanwhile, magazines superficially bicker over which cities are the “greenest” while this land of liberty sinks and burns.

This is no global apocalypse, but it is the end of America as the people know it.

Built over many decades, America’s empire has military bases in 80 countries and can financially strangle anyone foolish enough to oppose its interests. America is more than the world police — it is a global judge, jury and executioner. But to maintain this empire, America has sacrificed many lives and spent trillions of dollars.

What do Americans gain from these deaths and exorbitant defense spending? After all, every dollar spent on the latest killing machine could go towards the resolution of mass shootings, COVID-19 or climate change.

To lessen the suffering precipitated by such crises at home, the United States must let go of its empire. Imposing its will abroad saps the nation of manpower and funds which could otherwise save lives in America.

The withdrawal from Afghanistan serves as an example of why the United States must reduce its global commitments. Most Americans agree with Biden’s decision to leave Afghanistan.

Americans are telling their leaders that their needs cannot be met by sending more U.S. soldiers to die overseas.

Rather than spending excessively to control the global neighborhood while taking shortcuts on domestic issues — such as locking classroom doors to stop school shooters, downplaying the risk of a growing pandemic or letting sea level irreversibly increase before taking climate change seriously — America’s leaders must focus on the issues under its red, white and blue roof.

This is not to say that the U.S. should abolish its military, nor is it to say that America must return to neutral isolationism. America has many alliances to maintain and there is always an enemy sharpening their knives; the nation must be ready when their adversaries come knocking.

However, if leaders spend less on the military, they can fund more programs that benefit Americans. Examples of these include mental health initiatives to decrease violent behavior, incentives to get the COVID vaccine and comprehensive plans to limit America’s perpetuation of climate change.

Maintaining its burdensome defense budget will bleed America of all its human and material resources. Instead, the nation’s politicians must redirect these funds to help the people.

If not, formerly loyal political bases will turn on their leaders, finding a voice in the extremists who acknowledge their plight but blame it on democracy. Too many Americans have already heeded such extremist voices.

Although things presently seem grim, it is not too late to prevent further radicalization.

America’s leaders must scale back defense spending and let go of the empire they fostered. Only then can they give sufficient attention to the needs of their constituents, thereby ensuring the nation’s survival.