Opinion | How does CU feel about trick-or-treating? 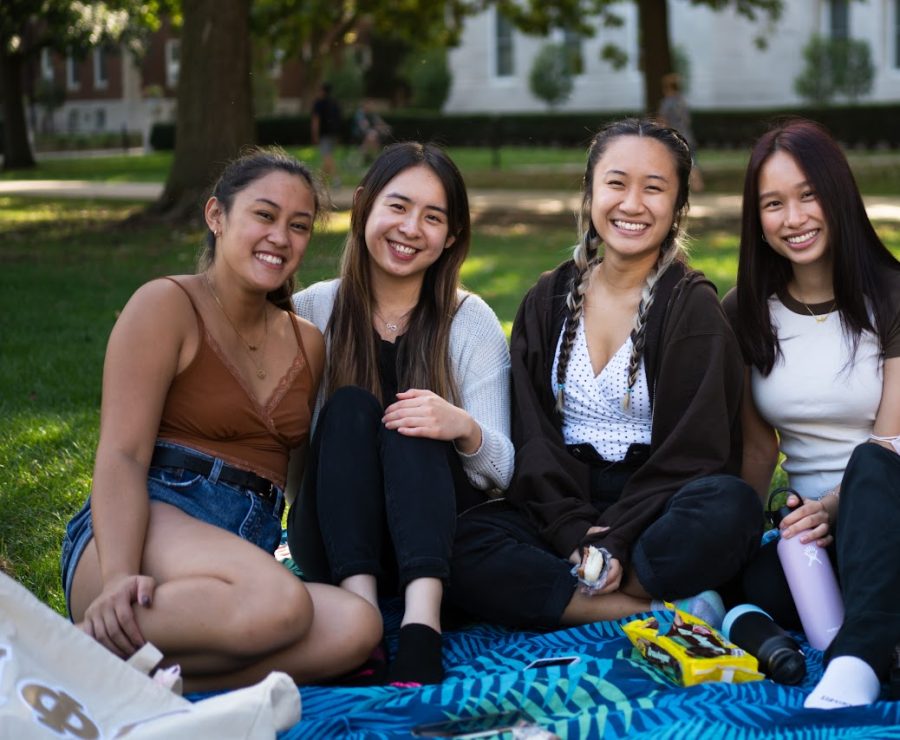 Synonymous with the month of October is the crisp autumn breeze, the crunch of fallen leaves underneath the feet of passersby and — perhaps most importantly — Halloween. With this long-awaited holiday looming around the corner, The Daily Illini took to the streets to poll members of the Champaign-Urbana community to gather their opinions on two questions of paramount importance:

At what age does it stop being acceptable to go trick-or-treating?

Is it socially acceptable for college students to dress up in costumes for Halloween?

After careful thought and deliberation, the C-U community delivered the following answers:

“You should stop trick-or-treating probably by at least the age of 13 — 14’s pushing it a little. And is it socially acceptable to dress up as college students? I think it is! We grew up with the tradition, why not just keep it as we grow older?”

“I do think it’s socially acceptable for people to trick-or-treat or wear a costume — I don’t think anyone should care about what you do or wear.”

“I think it’s socially acceptable for everyone to trick-or-treat — and for college students? There shouldn’t be an age limit for dressing up for Halloween. Do what you want, whatever makes you happy.”

“Me, personally, I’ve never trick-or-treated before — but I am definitely trick-or-treating this year. Overall, I think it’s acceptable for college students to dress up and trick-or-treat, because, I mean, we’re still kids.”

“I think that when you hit probably sophomore year of high school, that’s when you kind of need to cut it. Because that’s when you get all of those high schoolers grouped up in neighborhoods, and sometimes that can be a little intimidating. But I think it’s totally OK if college students dress up, because I think it’s fun to pretend to be someone that you’re not and just dress up kind of cute!”

“In society, I think up to high school is when (trick-or-treating) is acceptable, but I definitely think that if you want to go out and do it, no matter your age — I mean, you might get some looks — you should definitely do it. Same goes for dressing up as college students. You’re not hurting anyone, so if you have a good time doing it, go create some memories.”

“I think it’s acceptable up to eighteen to trick-or-treat — until you move out of your parents’ house for college… and yes, most definitely you have to dress up in college because I feel like that’s the best time to do it. Everyone else is dressing up, and then after (college) it’s just kind of weird if you do.”

“I don’t think there’s an age limit, honestly… I could see myself trick-or-treating for as long as I feel like dressing up. I mean, when I trick-or-treated as a kid my parents would dress up and get candy too. I also don’t think it’s weird for college students to dress up, because it’s fun. I’m trying to go as Chewbacca this year… maybe Yoda. We’ll see what happens!”

Nick is a junior in LAS.

Axel is a sophomore in LAS.