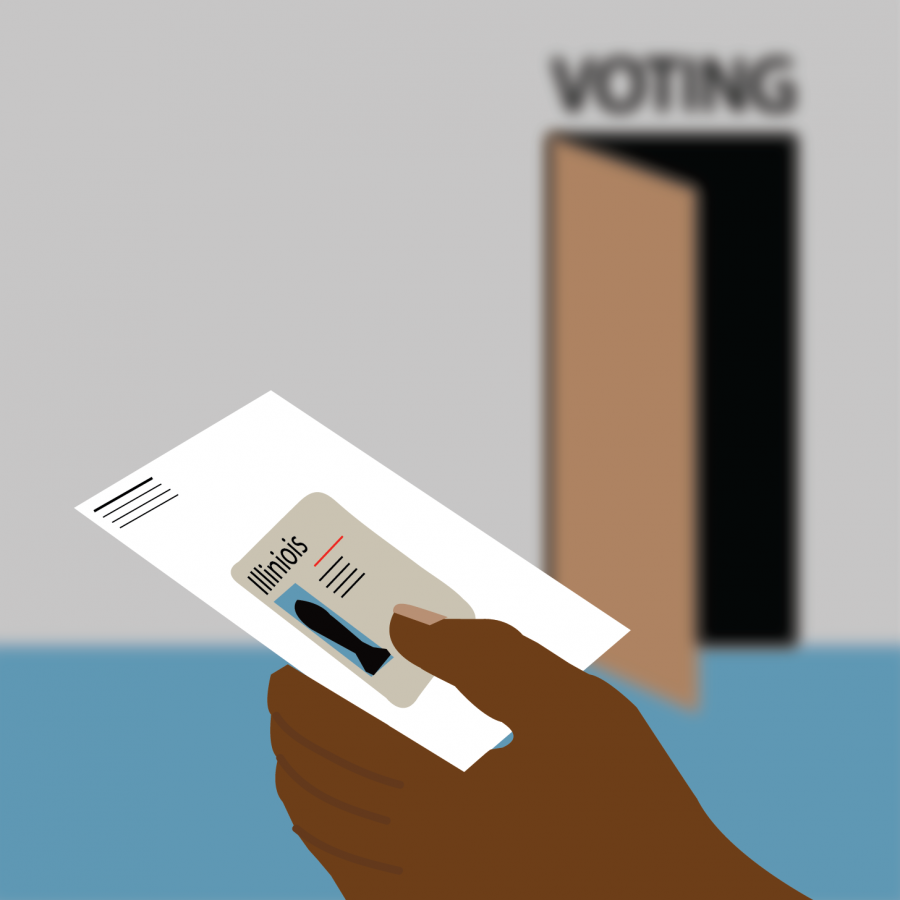 A 2005 bipartisan study written by the Commission of Federal Election Reform, co-chaired by former President Jimmy Carter and former Secretary of State James Baker, found that, “The electoral system cannot inspire public confidence if no safeguards exist to deter or detect fraud or to confirm the identity of voters. Photo IDs currently are needed to board a plane, enter federal buildings and cash a check. Voting is equally important.”

As one of our most sacred rights, voting allows us to guide the political climate of our country, affecting everything from taxation to government spending to zoning laws.

America’s voter registration system is fundamentally broken and is in serious need of an upgrade. In a 2012 study done by the Pew Research Center, 24 million voter registrations in the United States (1 in every 8 voters) are no longer valid or highly inaccurate, with 1.8 million deceased individuals still registered and 2.75 million voters registered in multiple states. Voter ID laws seem like the natural solution to such a problem. A University of Chicago poll found that 8 out of 10 Americans approve of voter ID laws. However, these laws have been opposed heavily by the Democratic establishment.

Opponents of such laws typically have three main issues: These laws are unlawful under the Constitution, they suppress voter turnout and they target minorities unfairly. Let’s analyze these claims.

Voter ID laws have been challenged legally, and a vast majority have been upheld. Most notably, in “Crawford v. Marion County Election Board,” a 6-3 decision by the Supreme Court upheld the constitutionality of such laws. The plaintiffs failed to provide a single witness adversely affected by these laws and found that Indiana had a legitimate interest in preventing voter fraud. So the validity of these laws are sound.

Do they have a disproportionate effect in suppressing voter turnout? The research says no. In a 2007 study done by the University of Missouri, researchers found that after the implementation of voter ID laws in Indiana, voter turnout actually increased. In the 11 states that have enacted “strict” voter ID laws, nine of them saw either increases in voting percentage or an increase higher than the national voting average between 2012 and 2016.

Finally, do these laws target racial minorities who are more likely to vote Democrat? In a 2018 study on Michigan voters, only 0.6 percent of all voters were affected, amounting to only 28,000 voters in a state with a population of nearly 10 million. To be fair, of these 28,000, they found that minorities were disproportionately impacted. However, in a 2017 Stanford study, compiling data from five national surveys over a span of eight years, they found no impact of voter ID laws on minority voting. Even if such an effect exists, it affects an extremely small portion of individuals, which is not indicative of a coordinated campaign to disenfranchise minorities like many claim.

More importantly, the idea that minorities can’t figure out something as simple as finding a way to obtain a valid form of ID is quite frankly racist. It infantilizes individuals like myself, that we are somehow too stupid to follow laws, reinforcing the idea of soft bigotry of low expectations. While some Republicans admit to using these laws to attempt to gain political leverage, there appears to be no advantage or disadvantage for either party. It is clear that we can utilize voter ID laws to improve the sanctity and security of our elections. As Milton Friedman put it, “One of the great mistakes is to judge policies and programs by their intentions rather than their results.” Don’t make the same mistake with voter ID laws.

Ajay is a junior in Engineering.