You have a place in church 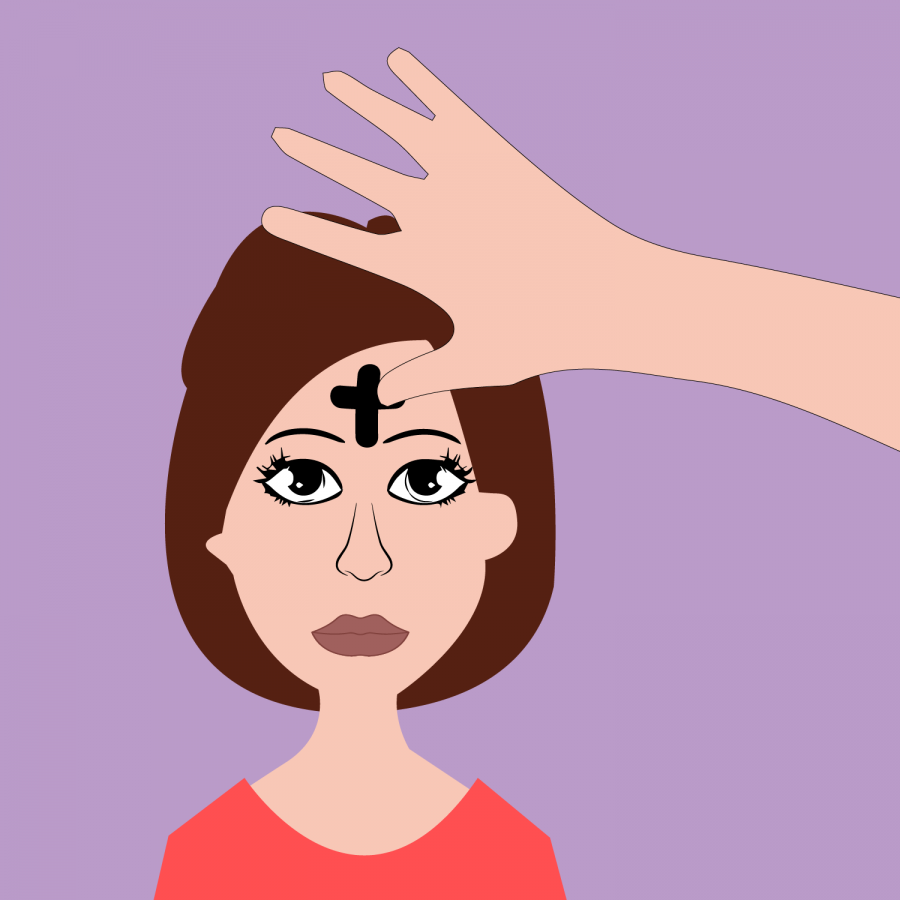 Remember a few days ago when a bunch of people were walking around with dirt smudged on their foreheads? I was one of them.

Ash Wednesday, the beginning of the season of Lent, was celebrated on Wednesday by Catholics (and other sects of Christianity) all over the world, including on campus. I hear people say quite often that the Roman Catholic Church is dead. On Ash Wednesday, however, it sure doesn’t seem that way.

Here’s the lowdown: On Ash Wednesday, Catholics and Christians wear ashes in the shape of a cross on their foreheads as a sign of humility, mortality and repentance to mark the start of Lent.

Catholics are obligated to fast on Ash Wednesday and Good Friday (at the end of Lent), and to either give something up (like soda) or add something extra (like going to daily Mass) during Lent to grow in their faith and self-discipline.

Ash Wednesday is the highest attended Mass (the Catholic equivalent of “service”) of the year. And get this — it’s not required. It’s actually entirely optional.

It’s no secret many Catholics opt out of the obligatory once-a-week Mass on Sundays. So why would so many people who are lukewarm about their religion go to a Mass on a weekday they aren’t obligated to attend?

It’s that dirt smudged on our foreheads.

Everyone wants to feel like they belong to something, whether that’s a friend group, a club or a fraternity, as long as it’s something bigger than him or herself.

So when people are suddenly wearing “dirt” on their foreheads and, thus, proclaiming the community to which they belong, everyone wants a slice. Everyone wants to belong.

Humans are too small, too weak, to stand alone. We all have a longing in our hearts for something more, something bigger, something that has real meaning and truth in it.

The good news is, you can belong to the Catholic Church. The slogan for the Newman Center on campus just so happens to be, “You belong here.”

The church is not popular. We’ve had our share of scandals and our share of misunderstandings by the public. People like to think we hate gay people, we think women shouldn’t have domain over their own bodies, and plenty of other nasty stuff — which, by the way, is completely false.

I am not denying the Catholic Church has problems. It does. However, I challenge you to name an institution as ancient and far-reaching without issues. The truth is, the good the church does far outweigh its shortcomings.

If you found yourself drawn to get your ashes a few days ago, ask yourself why. Ask yourself if you truly understand the teachings of the church or if you disagree with what you think those teachings are.

I invited a friend recently to a 9 p.m. Mass. He was shocked at how full the chapel was. He couldn’t believe college students actually choose to practice their faith.

The Catholic Church is not dead. It is alive. This campus, the community of St. John’s on good ol’ Sixth and Armory, bears beautiful witness to the vibrancy of this ancient faith.

I pray every person who wants to belong takes a chance and hangs out at the Newman Center, that they have a life-changing, joy-filled Lent, and that they find true fulfillment in their life.

Those ashes mean more than you think.