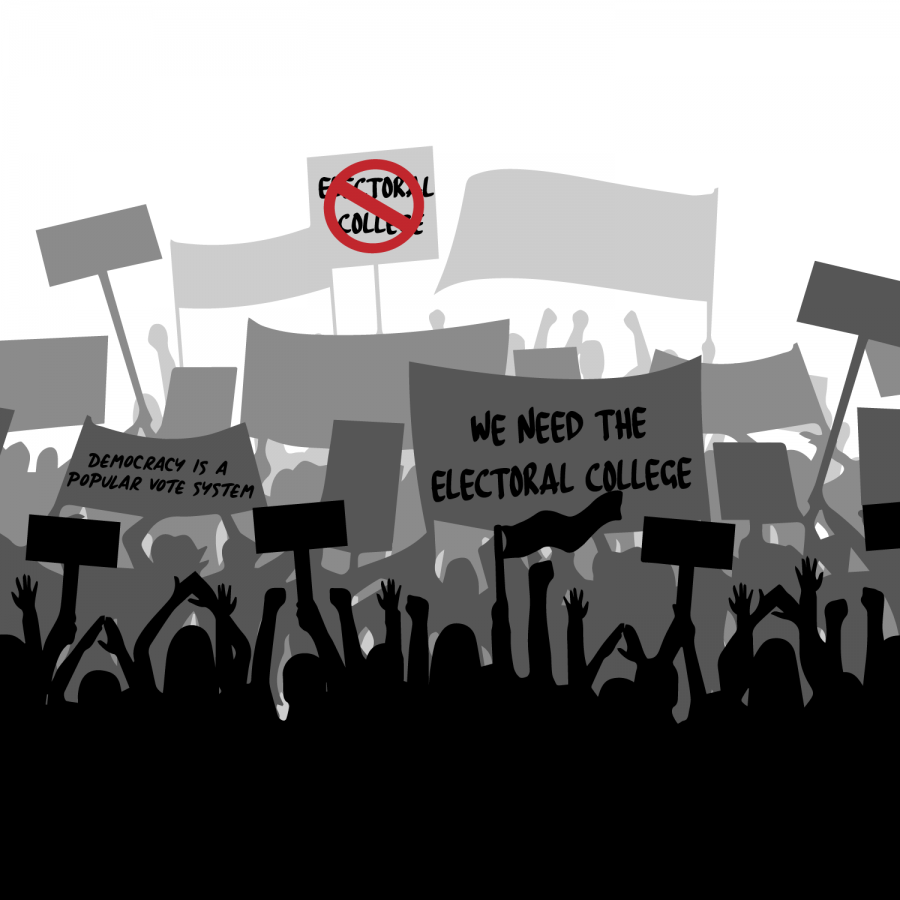 The reason for this phenomena is the Electoral College, the system in which Americans indirectly vote for a president. It essentially collects state popular vote results and weighs them, accounting for population size and granting a minimum of three electoral votes per state. A candidate has to receive a plurality of electoral votes to become the president-elect.

Considering the election result has not always reflected the will of the national popular vote, this apparent injustice has ushered in a now mainstream political opinion: The Electoral College is archaic and must be stricken down in favor of a popular vote system.

Therefore, in this day and age, any defense of the institution is drowned out by fervid and unending choruses of, “Democracy is a popular vote system.” The Electoral College, albeit flawed, is a far more innovative institution than many of its opponents may realize. To understand this, one must look at its conception.

The Electoral College was created in 1787 at the Constitutional Convention and was chosen over a direct popular vote system to prevent neglect of smaller states with smaller populations. Success in the U.S. required a president who would represent the interests of all the states, not just the most populated areas in the union. The institution was also created to serve as a safety net in case the people, whom the Framers watched with suspicion, were to elect a president truly antithetical to the interests of the country.

Were the Electoral College to be abolished, sufficing the will of some, rural populations would be the biggest losers and urban populations the greatest beneficiaries. The nature of presidential campaigning would change drastically. Presidential candidates would go to the large cities and make promises of urban development and jobs. While many contend that a popular vote system is fairer, and that is true in a technical sense, it is not true in a practical one.

Many opponents to the Electoral College complain small states are overrepresented by the system. This is a feature, not a bug. The beauty of the Electoral College is it accounts for population differences while granting representation to otherwise irrelevant states. While the current electoral system may overrepresent small states, the popular vote system would completely trivialize them.

The Electoral College was also manufactured so an elector can defect from the way their assigned state voted, which is a move that would deem him or her a “faithless elector.” This occasionally occurs but has seldom been consequential. The reason for the inclusion of this hallmark is a safety net of sorts and it was made to ensure an emotional and uninformed public does not elect someone who threatens the democratic order of the country.

Whether or not this is a good attribute to the system is up for debate. Political philosophers have long posed the ethical question, “Should a fair democracy allow anti-democratic candidates to run?”

The Electoral College answers this question by allowing politicians — those who have a vocation for democratic work — a final judgment on whether or not the candidate will safeguard the institutions rather than dismantle them.

The denunciations of the Electoral College — misguided or deserving — seem to revolve around not a lack of control, but a lack of political efficacy, or one’s sense he or she can influence government affairs and society.

Many maintain if you are a Republican in California or a Democrat in Texas, due to the college, your vote doesn’t matter. Many complain those living in swing states have too much unilateral power to elect the president and for that reason, presidential campaigning already only seems to take place in these states. Many compare population size to electoral votes in order to find the disparity between voting power, including the argument that one voter in Wyoming has the same theoretical voting weight as 3.6 voters in California.

There have been some proposed solutions or compromises to the issue, such as proportional allocation of electoral votes or splitting states into smaller presidential electoral districts. Fixes like these could be the messiah to appease disillusioned voters and could remedy the unequal balance in today’s electoral system. However, if there is no patently beneficial fix, the Electoral College is the lesser of two evils.

The Electoral College is a prime example of how American democracy is not always about representing the majority. It is about representing a diverse variety of people and interests, such as members of the LGBT community. They do not constitute a majority in the country but most of the country agrees they should not be overlooked. Comparatively, rural folk and small state denizens may not comprise a majority but they will be forsaken entirely if the Electoral College is abolished in favor of a simpler and more troublesome solution.