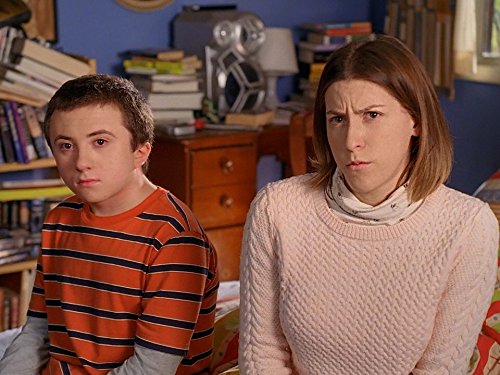 Eden Shar and Atticus Shaffer star in The Middle

For decades, television sitcoms depicting various types of families and their everyday antics have no doubt remained popular among viewers and fans. Shows like “Leave It to Beaver,” “The Brady Bunch” and “The Jeffersons” to “Full House,” “Roseanne” and “The Fresh Prince of Bel-Air,” have led to more current family comedies like “Modern Family” and “The Goldbergs.” One that ranks high with the preceding list is ABC’s “The Middle” (2009-2018), and no show like it will ever come again.

The multi-camera show follows Patricia Heaton of “Everybody Loves Raymond” fame as Frankie Heck, a lower-to-middle class woman who, along with husband Mike Heck, played by “Scrubs” veteran Neil Flynn, tries to balance life between work and raising three children. They include selfish, yet caring, eldest son Axl (Charlie McDermott), optimist, middle-child Sue (Eden Sher), who never makes anything she tries out for, and youngest son Brick (Atticus Shaffer), who spends most of his time with his nose in a book.

Set in the fictional town of Orson, Indiana, the Hecks always find themselves up in crazy situations like missing the first week of school, hosting an unprepared wedding in their backyard and arriving at church late each week. No matter what happens in each episode, it’s sure to find viewers rolling on the floor with physical comedy and witty one-liners.

Though wild situations occur in the Heck family all the time, the show also focuses on sentimental moments too, like when Axl passes his final college exam, all of Sue’s classmates signing her lost senior yearbook and Brick learning how to fish. Along with those moments come countless lessons like family before everything, leaving your mark on the world and never giving up even in the darkest of times.

What builds the show’s comedic genius are the various recurring characters who seem to always have their special moments too. With characters like overprotective and rule following mother Nancy Donahue, guitar playing Rev. Tim Tom, Sue’s gay best friend Brad, penny-pincher boss and local car dealership owner Don Elhert and redneck neighbor Rita Glossner, there’s no telling what could transpire between them and their relationship with the Heck family.

All of these aspects mixed together makes for quite an amazing show. Viewers will laugh, cry and relate in some form or fashion with the Hecks and all those around them. It’s a show so true to life that doesn’t beat around the bush. The Hecks aren’t rich nor poor, upper or lower class. They are a family stuck in the middle doing what they can to survive.

Family comedies will continue on for as long as consumers watch television. Though all of them are great in their own right, none will come close to the greatness of “The Middle.”