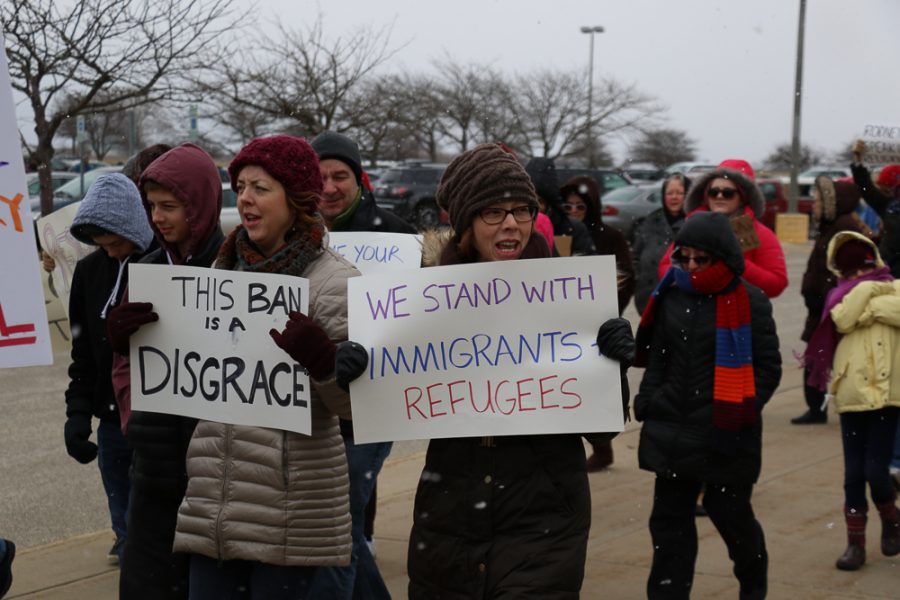 By The Daily Illini Editorial Board
January 30, 2017

One hundred and forty-three University students can no longer travel home for the next 30 days.

These 143 Illinois students are from the seven Middle Eastern countries targeted by President Donald Trump’s executive order to suspend immigrant and refugee travel into the United States from countries with perceived connections to terrorist actions.

Trump’s order states that if they travel outside of the country, they would be turned away at the border without regard for their living situation or safety.

But our government is targeting students even on this campus, solely because of their ethnicity or religion. And their fellow students should consider reaching out to those affected by this order with messages of acceptance and reassurance.

Martin McFarlane, director of Illinois International Student and Scholar Services, set a perfect precedent for inclusion in an email to students and faculty potentially affected by the executive order:

Trump’s order goes against the fundamental beliefs that have driven the University’s mission of global diversity. And we support the University for making significant efforts to contact and help the faculty and students targeted by the order.

In an internal email, Chancellor Robert Jones told the school’s department heads that the University’s human resources department and legal counsel were reaching out to the students and faculty for further assistance.

We must not tolerate aggressive executive action that bypasses the courts to discriminate against people in need. Refugees often come from dangerous situations most students can’t fathom, and Trump’s policy puts them further at risk.

These actions go beyond the politics of further radicalizing those who believe the country doesn’t tolerate Islam beyond the reckless abandonment of American values. Rejecting many of the people coming from war-torn countries such as Syria is simply inhumane.

We support the thousands of people offering their time or expertise to the many families hoping to enter the country, whether they’re returning home from vacation or starting a new life.

It may feel as though our small actions on campus have little effect compared to their efforts. But we can still work to make everybody feel secure in a country that’s supposed to welcome all with open arms.