The CEO president is in need of a bailout 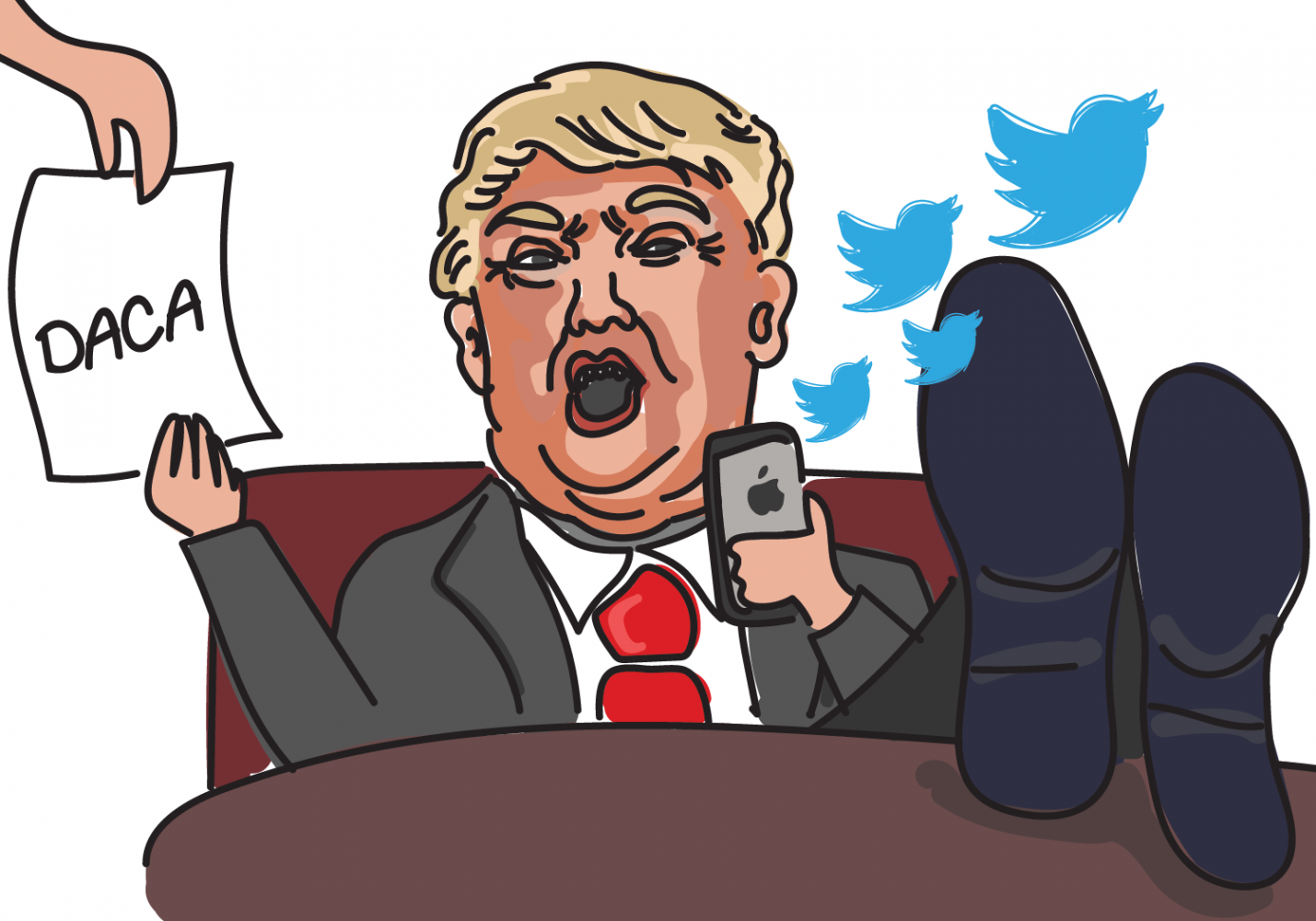 By The Daily Illini Editorial Board
September 11, 2017

Sessions parlayed little insight on the decisions, noting a meager six-month window until the program will cease.

In true Donald Trump fashion, the president refused to speak for his action, instead opting to tweet about the decision ahead of the official announcement and use one of his many Cabinet members to take the fall and the media scrutiny.

He didn’t remain silent on the issue, but he decided when he spoke, refusing any accountability to the American people whose lives will be affected by his haphazard announcements.

In a series of tweets, Trump called upon Congress to act and formulate a new plan. “Congress now has six months to legalize DACA (something the Obama Administration was unable to do). If they can’t, I will revisit this issue!”

It’s also partly why he won the presidency. A piece of Donald Trump’s campaign platform boasted the CEO title and claimed that because Trump is such a good businessman, he should be able to drive the economy of this country in the right direction and make decisions. Some voters were in favor of not electing a “typical politician” and opted for Trump’s version of leadership instead.

Trump did not disappoint and is running the country like a good old-fashioned CEO. With bigotry, pride and chauvinism, our president embraces image over infrastructure.

But notably, the CEO doesn’t get blamed until the whole operation comes crashing down. He will let any member of his cabinet take the fall for his shortcomings.

It’s not surprising that he’s relying on CEO tactics to run the country. He sees chief executive and commander-in-chief as the same job. But even if Trump was the best businessman in the world (although his track records are not pristine, just look at his Trump University), he doesn’t know how to be a politician.

The pattern is always the same: He makes a bold claim (usually on Twitter), says he’ll make a drastic change and then hands the issue over to Congress, where it inevitably stalls and withers.

We’ve seen it with his attempt at getting rid of the Affordable Care Act and enacting a travel ban. It’s meant to sell his brand and rile up his followers, but no action comes of it.

Regardless of personal opinion on Trump, he has a 38 percent approval rating, one of the lowest in history.

From a business standpoint, Trump is failing. He’s become the bankrupt leader one would expect him to criticize on social media.

When business took a hit in the late 2000s, one entity stepped in. The government threw down money to save General Motors and Bank of America. Trump was witness to this as his cohorts looked to the government to save the day.

But what happens when one of those men is running the country to the ground in the same way his cohorts did their business?

What Trump fails to realize is there’s no one to bail him out. Rescinding the DACA program isn’t the same as phasing out an underperforming hotel.

There’s responsibility that comes with deciding the fate of individuals who came to the United States in adolescence. And it’s something that he’s failed time and time again to understand.