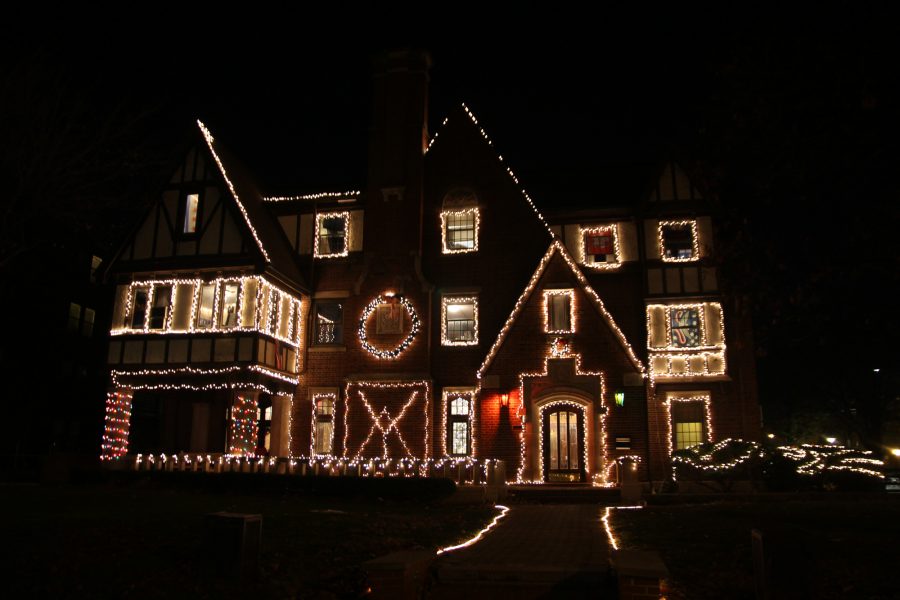 The Christmas lights outside the Delta Upsilon chapter house.

In a Daily Twitter poll earlier this week, Delta Upsilon won for best fraternity holiday lights. With 49 percent of the vote, their lights shone above the other houses in the poll. The brothers spent weeks and many long nights planning the light placement. Every window is outlined with white lights, and a wreath is mounted above their greek letters, which are also constructed with lights.

Coming in second, Alpha Gamma Rho covered more than just their house, adding decorative shrubs and illuminating their front walk. They received 27 percent of the vote.

Acacia followed in third with 13 percent. An inflatable snowman sits atop their front archway and lights outline their building.