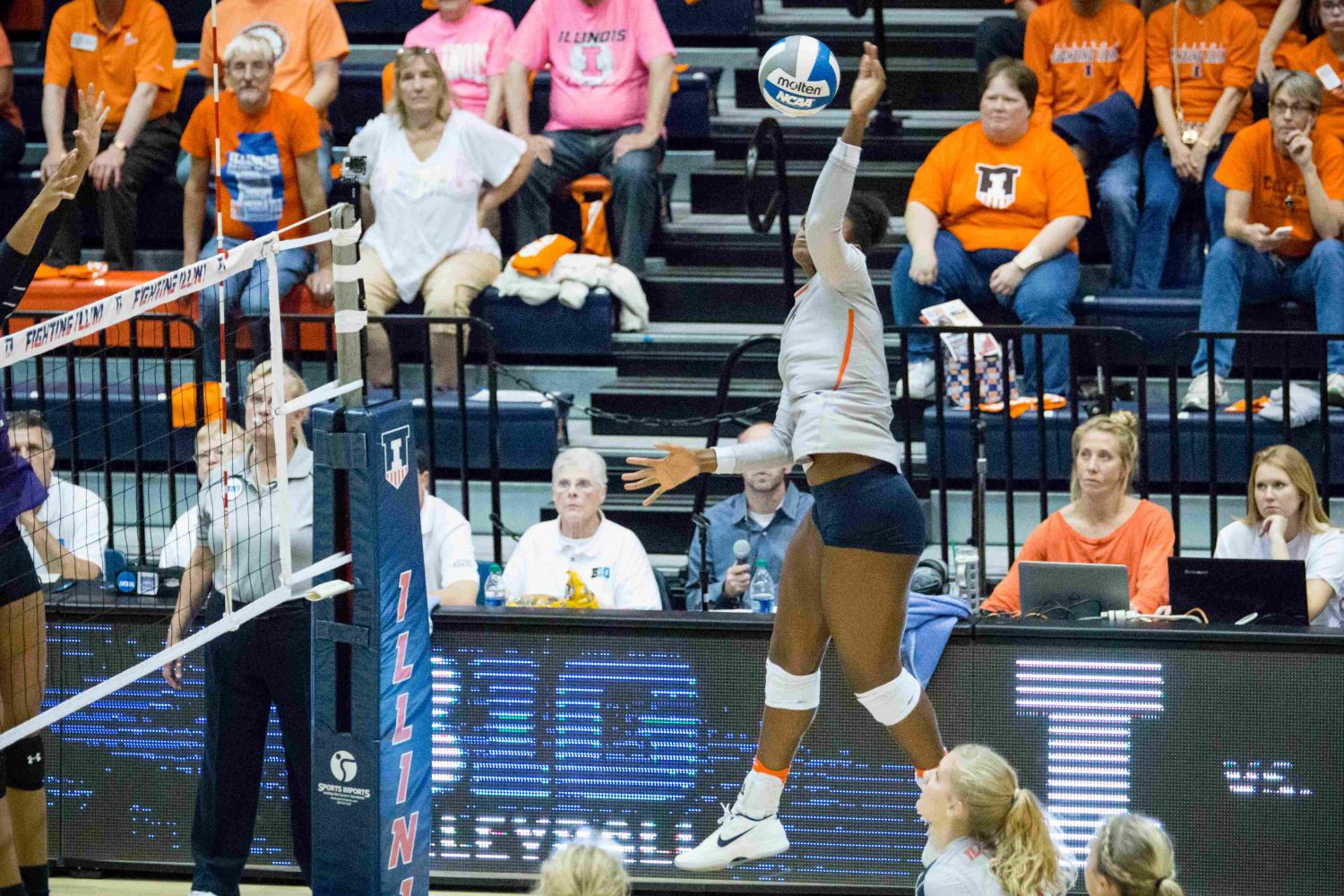 Naya Crittenden spent two years at the University of Oregon before transferring to join the Illinois volleyball team.

During her time in Eugene, she posted 231 kills, 34 digs, 64 blocks and 196 points. But none of that mattered to her then, and it still doesn’t matter to her now. She doesn’t remember her experience as a Duck by her accomplishments on the court but rather the turmoil she endured on and off of it.

“I guess you could say I suffered in silence,” Crittenden said. “There were those days when my friends would want to do stuff. And there was those days when I was like, ‘I really just don’t even want to go out or do anything or see anyone right now.’ I would just kind of have anxiety going throughout the day.”

Crittenden said that her struggles at Oregon were largely due to former head coach Jim Moore and his wife and former assistant coach Stacy Metro.

On March 15, Oregon athletics announced that Moore would be retiring in May. A press release from the school states, “Coach Moore and the UO have come to realize that his coaching style is mismatched with the standards of the University of Oregon athletic department. He has acknowledged that his coaching style may have been viewed negatively by some student-athletes and, for that, he is sorry.”

The press release also mentioned that Metro would be leaving the Duck coaching staff but would remain employed with the University.

Upon hearing the news, Crittenden said that it brought her and several other players a sense of relief. But even still, she and the others felt that the world needed to know what happened in Eugene.

That’s when she and five other former players decided to sign and send a formal letter to Oregon’s athletic directors, the University president and several news outlets, including The Daily Illini. In it, they expressed their agreement with the athletic department’s decision to part ways with Moore and Metro.

Crittenden and former teammate Nicole Kevorken also decided to forward personal, open letters explaining in detail what took place during their time with the program. 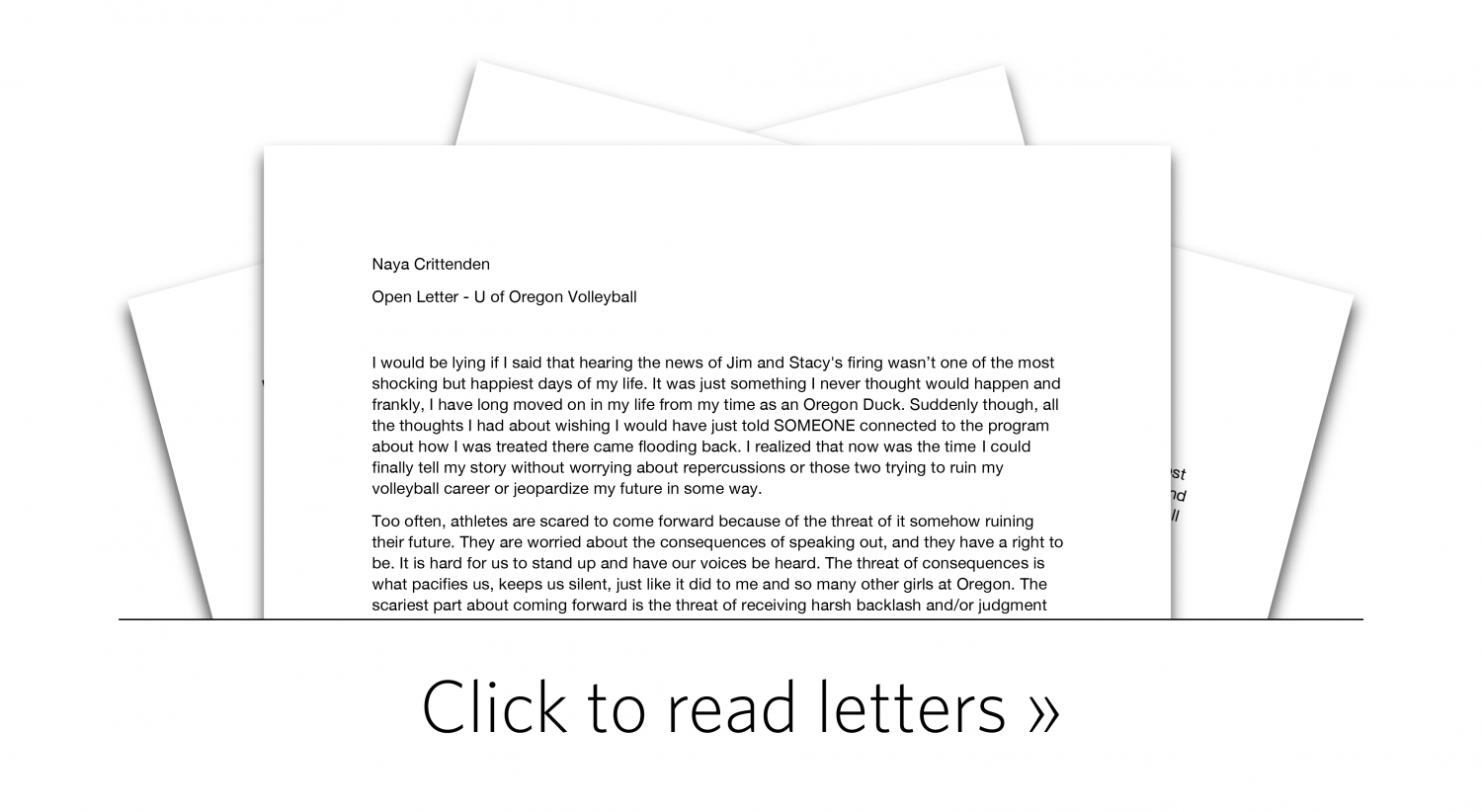 In Crittenden’s letter, she alleges that Moore and Metro created a hostile environment in which players were verbally and mentally abused and rarely given opportunities to express their femininity. Crittenden said that it got so bad that even after she transferred to Illinois, she still had to receive counseling for anxiety and depression.

“I went to (former head coach Kevin Hambly) and was like, ‘I really want to talk,’” Crittenden said. “Last year, there were a few practices in the preseason where he had one of the sports psychiatrists come in that work with the University. He came in before practice and would do meditation stuff with us, which I thought was cool.”

Crittenden said that she stayed after practice once and spoke to Hambly and the psychiatrist to set up a time when she could meet one-on-one. She doesn’t attend sports counseling anymore but is thankful to have had a coach acknowledge her pain and seek out the necessary help to address it.

From her perspective, that is what separates her experience at Oregon with her experience at Illinois. With the Illini, Crittenden said that if something was wrong, it wouldn’t be ignored, and if she had to make the choice again, she would still pick the Midwest over the West Coast.

“It makes me happy still to this day,” Crittenden said. “Even though our season didn’t end the way we wanted, and that hurt, I still look at it as a blessing. To me, I just try to keep a positive outlook on everything. I’m still happy to be an Illini. I’m still happy that I still get to go to this University and finish my degree.”

Even when she faced her former team back in September, she didn’t approach that game with vengeance on her mind. The Illini lost to the Ducks in straight sets, but afterward, it was easy for Crittenden to move on. She said she had become too attached to the upside of her new team to dwell on one loss and reminisce about the hardships with her old one.

Oregon has never officially come out and said why Moore’s style of coaching became mismatched with the program’s direction. Upon retirement, he will be the winningest coach in school history. Over 12 seasons, he has led the Ducks to 186 wins and 10 NCAA tournament appearances, including a run to the national title game back in 2012.

Crittenden has not overlooked the success of her former coach, but she does believe that coaching goes far beyond the win-loss column. She said that the reason she and Kevorken wrote their letters were to show other student-athletes, who are afraid to speak up in fear of losing their scholarship, that they still have a voice and they deserve to be heard.

“Someone has to be the one to finally say something,” Crittenden said. “We know we’re taking a risk with this, and we’re laying our hearts on the line with this because we believe it’s that important that we touch someone else who needs this. I don’t want anyone else to have to go through what we went through.”