Wassaja Hall: a 'beckoning' home away from home 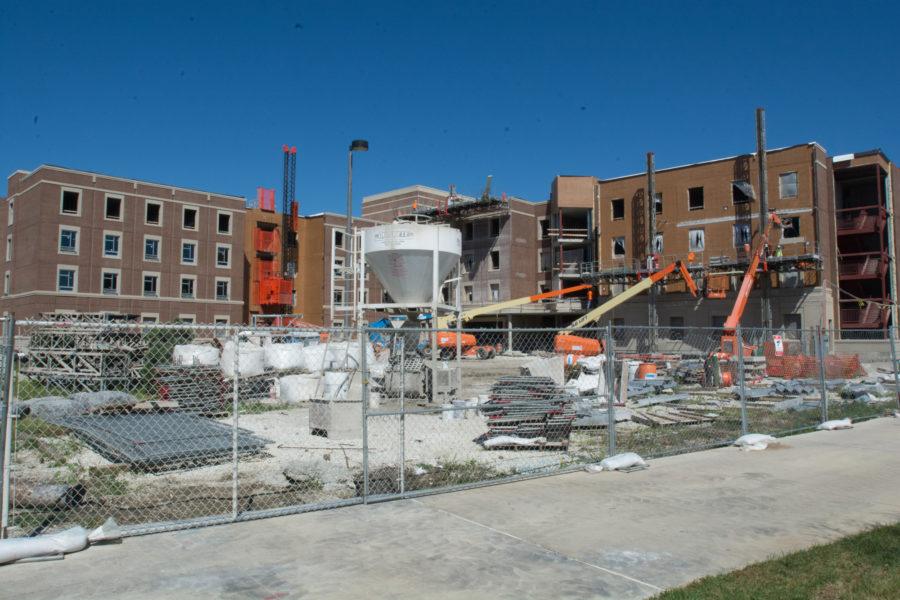 The new dorm Wassaja, in the Six Pack is still under construction.

With all of the disadvantages that came with being a Native American in the late 19th century, Carlos Montezuma overcame those odds and became not only the first U.S. individual of color to graduate from the University, but also became one of the first to earn a medical degree.AG

He would later become a symbol of advocacy for Native American rights and citizenship. His high achievements and inspiring story opted the University to name a new residence hall after his birth name: Wassaja (pronounced WAHS-as-jah).

“He (was) the ‘University of Illinois’ Class of President of 1884 and (the) first racial minority student,” said Jamie Singson, director of the Native American House.AG “For Wassaja, he represents for students today the ability to persevere and overcome incredible challenges”

The University Housing website provides the construction logistics plan and covers the basics of what the new residence hall will provide.AG Wassaja will have 504 beds, multiple single-gender bathrooms per floor, individually controlled A/C and the rooms will be clustered in “pods,” offering both a more private and community-oriented experience.AG

“What makes it an upgraded living experience is the single-use bathrooms, which is something that our students have asked for,” said Kirsten Ruby, AGassociate director of housing for communications and marketing. “It is not a suite style like Bousfield (Hall), and we are actually holding spaces in this hall for incoming freshman. It will be a great mix of the community.”

Wassaja Hall will not host any kind of Living Learning Communities. AGHowever, Nugent, a relatively new residence hall, will have a new LLCAG for honors students on the third and fourth floors.

“I chose Wassaja because it’s the newest dorm and it’s supposed to have improved everything,” said Rozerin Tari, AGfreshman in Business. “I’m really excited to see what Wassaja will become known for and its really something I look forward to being a part of.”

Wassaja Hall will offer gender-inclusive rooms to students. Beginning fall 2016, one wing on the first floor of Allen Hall will also have in-room coed options,AG making it the only other residence hall to offer that. This shift to more inclusive housing options shows how far University residence halls have come since the early 20th century when there were no on-campus housing available for women.

“There will be several rooms designated as gender-inclusive, which means that anyone of any gender can live in them,” Ruby said. “Students need to request those rooms and request those roommates, so someone will not be assigned to that space if they do not wish to live there.”

Wassaja Hall is being built in the location where an outdated residence hall once stood. Students can expect that more additions to the Ikenberry Commons will break ground in the years to come.

“It is not necessarily adding to the inventory of spaces on campus because it is replacing a residence hall that got demolished,” Ruby said. “It is part of the long-range plan to redevelop (the) Ikenberry Commons,”

The construction of Wassaja is proceeding according to schedule, and the plan is to move everything into the building this summer.

“We anticipate that it will be substantially finished by late spring,” Ruby said. “It opens fall 2016.” AG

The University does not take the naming of a building lightly. The naming process has many different steps, all of which must be completed before the building can be a granted a title—especially one that honors an alum.

The Yavapai Tribal Council and the late descendants of Wassaja’s family were both contacted in order to ask for their support of the name. Needless to say, they endorsed naming the hall after Wassaja, which means “beckoning” in his native Yavapai language.

“We are hoping that they will inspire the students who live there to think about the legacy they are leaving and how they can achieve greatness,” Ruby said.