The Daily Illini saves your date 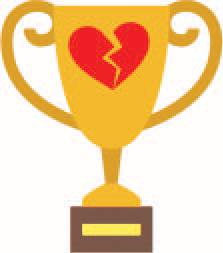 “My worst date ever was during my junior year of high school. I was dating this boy, who I will call Steve (which isn’t his real name). One night Steve invited me over for dinner at his house with his family. I was surprised, seeing as I had never met his family, and cautiously accepted his invitation. When I arrived at his house (in a tank top and red mini skirt), I noticed all of his family was wearing black and had frowns on their faces. Turns out the family dog just died and they were having a meal in his honor. I, despite feeling incredibly uncomfortable due to my outfit, stayed for dinner — steak and pinto beans, Potato’s (Potato was the dog’s name) favorite. During the dinner, no one spoke. The only noises heard were sniffles and muffled sobs from Steve and his mother. But that wasn’t the weirdest part. The weirdest part was that Steve’s mom made a plate for Potato, and set it in on the floor in front of the urn that carried his ashes. It was definitely the most uncomfortable, awkward date of my life. RIP Potato.”

Darya won a date night package from Art Studio of Urbana, an Order Up gift-basket, a Jarling’s gift certificate, two tickets to an Art Theater movie showing, a Patricia’s couple’s basket and an Uber giftcard! Congrats!