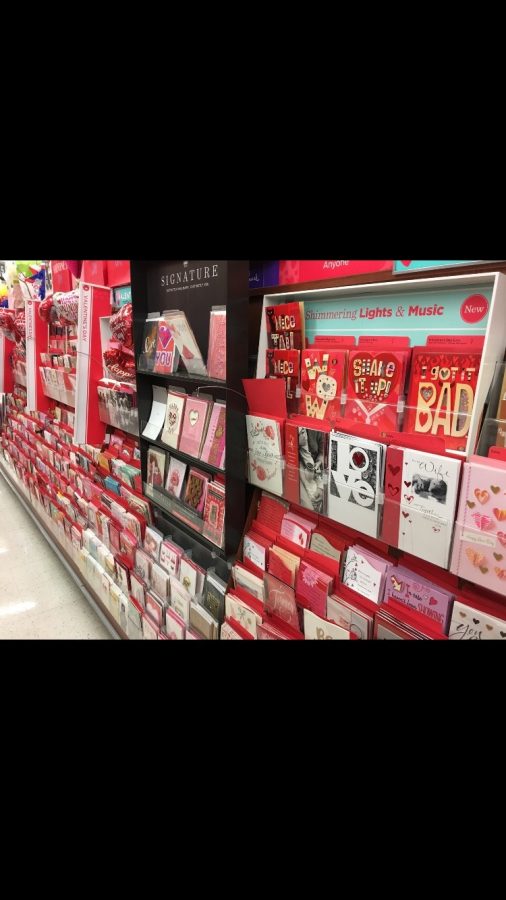 In 2008, greeting card megastore Hallmark first released cards tailored to gay and lesbian couples. This was at a time when only two states in America recognized gay marriage.

Over the past nine years, huge strides have been made in the fight for marriage equality and overall LGBTQ rights; however, when it comes to Valentine’s Day, there are still gaps left to be filled.

Stephanie Brown is a University doctoral candidate and an instructor for MACS 356, “Sex and Gender in Popular Media.”

“Valentine’s Day leaves out any kind of love that doesn’t fit into the traditional monogamist, heteronormative ideal of romantic love,” Brown said.

This notion of exclusivity is evident in advertisements for companies such as Jared: the Galleria of Jewelry, with the slogan, “He went to Jared.” This automatically assumes the man is responsible for gift-giving to a woman with the pronoun “he.”

“The products created for Valentine’s Day are always very gendered, leaving out the range of gender identities, and offering a very prescriptive way that we’re supposed to perform our gender identities,” she said.

Andrew Geiser, junior in LAS, agrees with Brown, saying that he and his boyfriend would “never particularly want flowers,” a stereotypical Valentine’s Day symbol.

“Obviously, Valentine’s Day is dictated by ideas of masculinity and femininity, but when two cisgender men celebrate Valentine’s Day, it feels a bit out of place,” Geiser said. “I think there’s a hierarchy of gender roles at play that doesn’t translate into a same-sex relationship.”

“To be honest, I’ll probably buy him a Chipotle e-gift card and that will make his week.” Geiser added.

Acknowledgment of gay couples in regards to Valentine’s Day has been on the rise since 2015, specifically with the Hallmark ad campaigns featuring gay and lesbian couples on its commercials. The commercials have all gone viral, sparking their fair share of controversy with seemingly progressive advertisements.

“We still generally only see couples. This leaves no room for polyamorous couples, for instance, or any kind of non-traditional love,” Brown said. “The implied dominance of the masculine over the feminine in a straight relationship is a driving force in the modern conception of Valentine’s Day, and that notion is intrinsically heteronormative.”

Mythri Anumula, junior in Engineering, explained her feelings toward the lack of representation of same-sex couples for a holiday that is meant to celebrate love.

“It is a holiday to celebrate the ones you love, and needs to be marketed towards all kinds of people — no matter who you are,” she said.

Anumula summed up her feelings with one short statement: