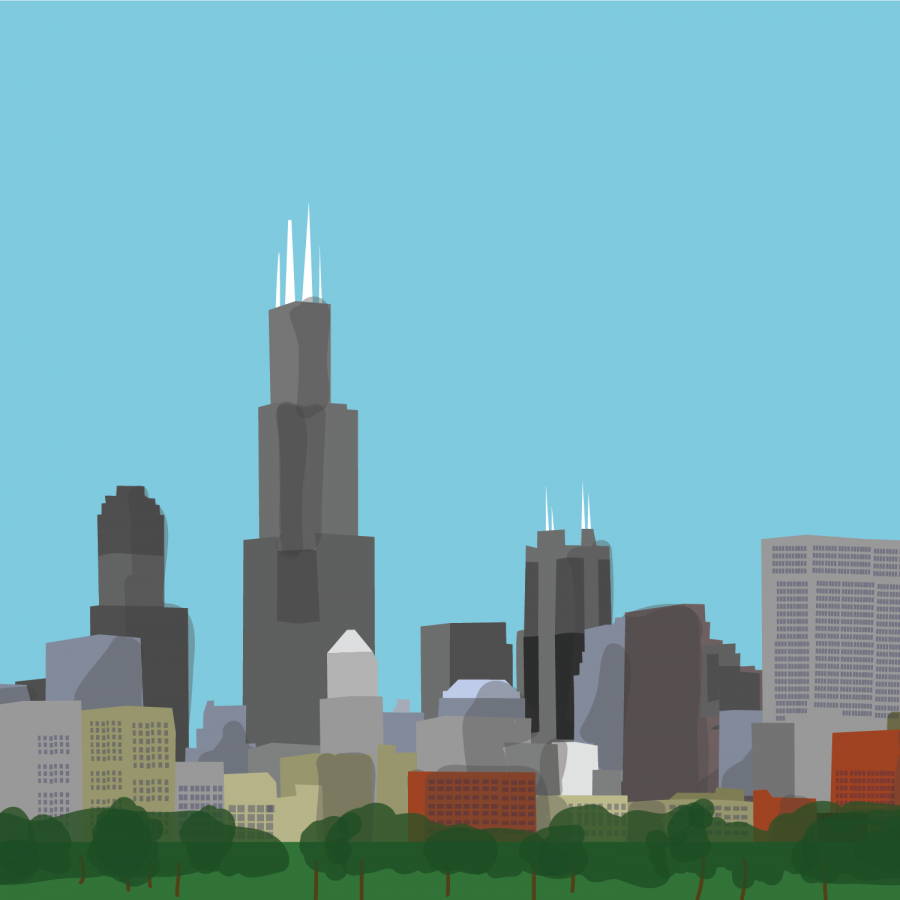 When we think about climate change, immediate thoughts jump to extreme storms or rising sea levels. But the repercussions of excessive greenhouse gas emissions and the depletion of natural ecosystems are much greater than the average person acknowledges, particularly in metropolitan regions where residents are more dispersed throughout the inner-city and suburbs.

Arnab Chakraborty and Bev Wilson, professors in FAA, have taken the reigns on heat vulnerability research, focusing specifically on the Chicagoland area.

The collected research shows patterns of decentralization of vulnerable populations within the city of Chicago and the Chicagoland region over time, with gentrification of city regions and the movement of poverty to suburbs as likely contributing factors.

The goals of their collaborative research include identifying the most vulnerable communities, developing beneficial strategies for land use and the built environment, improving emergency management methods and spreading awareness on the subject.

In recent decades, fluctuations in climate have harshly impacted the livelihood of millions living in urban communities worldwide. One of the worst weather-related disasters in the history of Illinois occurred in July 1995 when more than 700 people in Cook County died over a span of five days from exposure to a heat wave.

The motivation for this research, which began roughly three years ago, was the increasing presence of extreme heat in urban spaces worldwide and fatal heat wave events like the one that hit Chicago. According to Chakraborty and Wilson, the National Weather Service estimates that extreme heat is the largest cause of U.S. weather-related fatalities in the last 30 years, with an average of 131 deaths per year attributable to heat.

Vulnerability, the key component of the research, is typically understood as a combination of sensitivity, adaptive capacity and exposure. The concept in relation to Chicago heat waves has been adapted into a web application, which was developed by Chakraborty, Wilson and Elizabeth Bastian, graduate student in FAA.

They published their research in the Journal of Environmental Planning and Management in May of last year. A key component of the research is the recognition that the distribution of vulnerable populations in particular areas changes over time, fluctuating with some impact from certain social, economic and political factors.

“A more dispersed and decentralized target population during an extreme heat event can make it more difficult to quickly and efficiently deliver relief and medical attention when needed,” they wrote.

The virtual web tool includes a heat vulnerability index that can be calibrated to other regions in the U.S. It shows exposure and vulnerability trends simultaneously to highlight the locations of the hottest and most vulnerable populations. A featured interactive timeline demonstrates how heat and vulnerability have shifted over time.

“We wanted (to) provide an index and web application as a way of looking longitudinally at where vulnerable populations were over time and how those locations changed,” Wilson said.

Also incorporated in the web tool is the Heat Vulnerability Index of the Chicagoland area, which is based on data collected from the U.S. Census Bureau. It measures where residents of the Chicago region with high sensitivity to heat and low adaptive capacity to heat reside. The process of calculating the HVI considers variables such as poverty rate, mean household income and proportion of people under 18.

Wilson and Chakraborty looked at census data for the Chicago metropolitan region for 1990, 2000 and 2010 in order to pinpoint the most vulnerable populations to extreme heat. Strong concentrations of vulnerability were found in the south and west sides of Chicago and inner-ring suburbs.

Urban spaces worldwide are growing in population and density at an incredible rate; the United Nations predicts 68 percent of the world’s population will live in urban areas by 2050. As this growth occurs, so do habitual urban issues, such as gentrification, resource disparities and poverty, which are being magnified by the damaging impacts of climate change.

Each of the factors listed above are just some examples of discussions and considerations in urban and regional planning courses offered at the University, which revolve around four concentrations: sustainability, social justice, policy and planning and global studies.

Wilson and Chakraborty stressed that urban planners need to pay more attention to extreme heat events in urban areas, as they are becoming particularly more cataclysmic. Policies that manage urban growth need to provide access to infrastructure and social services for all; urban planners need to focus on the needs of vulnerable groups and develop emergency management methods to help these residents in such sudden cases of extreme heat.

Chakraborty discussed a variety of potential methods, including the implementation of cooling centers in public places such as libraries or schools, investing in trees as coverage from heat in parks or helping residents with air conditioning services or power supply.

Their work is nowhere near finished; Chakraborty and Wilson have started research on Mumbai, a densely populated city on India’s west coast. According to Chakraborty, “There is a lot of work that is yet to be done.”

Urban areas have become integral parts of our economy, culture and social fabric worldwide. Extensive research on complex issues that threaten urbanized areas, such as heat vulnerability, is absolutely essential if we want to continue to live, work and play comfortably and safely within them.