The creation mythos of graduation 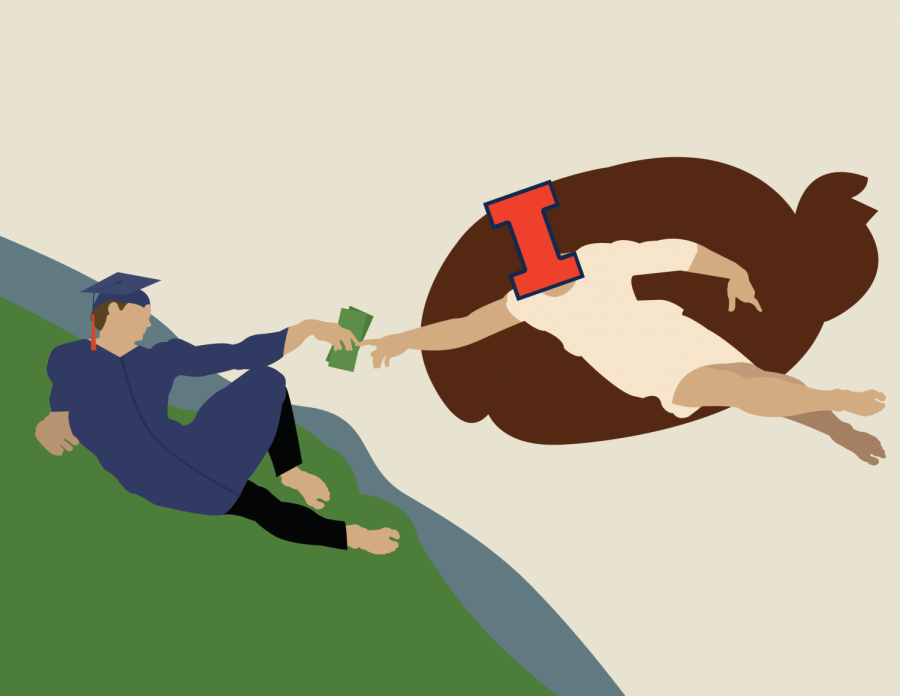 “What is the difference between the freshman and me?” the student would ask.

So the University created the sophomore and the junior and told them they needed to pay up.

And graduation was created, or so the legend says.

Graduation was created to elevate all manner of things. From the student to cylinder, all things across the land were graduated, and the University saw it could charge a cool $300 for the ceremony, and that was very good.

But then the student began to complain the professor was not very good at his or her job.

“They barely know more than I do,” chuckled the student. “Why don’t they actually learn something before teaching me?”

And the University heard the student and contemplated this problem for a time. Then, it created the graduate student — basically the student, but graduated. But not a professor yet. Because reasons.

But as the years went by, the new students began to say they could not afford to pay so much, and the University realized it was not good to let a degree in culinary arts place one in financial distress. So, the University created subsidized student loans, and everyone saw it was good.

Wait, that part hasn’t happened yet? Why? What the hell, guys? Can we get on this? Doesn’t just about everyone need a college degree to get a decent job these days? Why do I need to sign away my firstborn just to—

This humble story says nothing of the building of the ARC before the flood of sweaty people, nor of the plights within the book of job offers. We have no time for these tales’ accountings, for ours is still more important.