Experience American culture while in CU 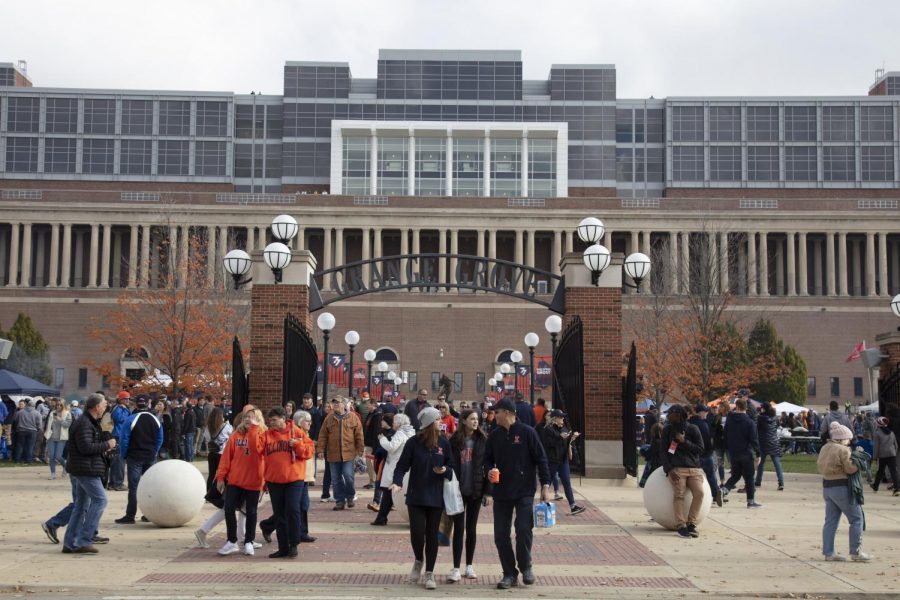 Tailgaters explore before the Dads Weekend football game on Nov. 3. Attending a football game is an easy and fun way to embrace American culture.

Whether it be for one semester or four years, traveling to a foreign country for school is an experience unlike any other. It presents you with the opportunity to try activities you never would have even considered in your home country. However, often it is difficult to stay out of the tourist traps and find out what the native people truly do in their daily lives. The best way to take advantage of being immersed in a culture so different from your own when visiting a foreign country is to mingle with the locals and to emulate their habits. After all, you know what they say: When in Rome, do as the Romans do.

Instead of searching for food that makes you feel right at home, step out of your comfort zone and grab some hamburgers with your friends. There are plenty of places to find a decent burger, among them Howdy’s and Jurassic Grill, both on Green Street. However, Joe’s Brewery is my ultimate favorite with a plethora of delicious combinations to choose from and its famous loaded fries. If you have access to a car, some more upscale restaurants with great burger reputations out in town include Seven Saints, Farren’s Pub and Eatery and Scotty’s Brewhouse. Though Culver’s is more of a fast food joint rather than a restaurant, it is also a popular local destination for burgers.

Go to a barn dance

Barn dances are the norm if you are involved with Greek life, but you don’t have to be in a fraternity or sorority to attend one. RSOs such as October Lovers Club, engineering associations and cultural groups also host barn dances in the fall and spring semesters, granting everybody the opportunity to experience one in its entirety. While there, you can expect an abundance of flannels, country music and beer, so get in the American spirit and seek out at least one barn dance to tick off one more activity off your study abroad bucket list.

It’s not autumn unless you’ve taken a stroll through Curtis Orchard and eaten a cinnamon-sugar apple donut straight out of the fryer. With apple-picking and a pumpkin patch available for perusing, Curtis Orchard is the definition of fall and boasts seasonal American traditions for international students to enjoy and partake in. You will need a car to get over there, but it’s beyond worth the short drive.

Tailgate and attend a football game

There’s nothing more American than American football, and because of the multitude of games offered during the game season in the fall, there are numerous Saturdays for you to check one out. If nothing else, cheer on the Illini at the homecoming game, which has one of the highest turnouts of the season. Embrace the culture even further by tailgating with some chips and beer beforehand in Grange Grove, the field directly in front of Memorial Stadium. You’ll feel like an honorary American for a day.

October Lovers Club hosts a bonfire every year at Illini Grove, situated between Lincoln Avenue Residence and Pennsylvania Avenue Residence, where they roast marshmallows and just hang out. But you can stop by any time of year and gather some friends for your own mini bonfire. Don’t forget the marshmallows, graham crackers and chocolate to assemble an iconic American treat: s’mores.

No matter what you choose to do during your stay in the United States at the University of Illinois, take the time to fully embark on the American culture cruise because you’ll be home before you know it.