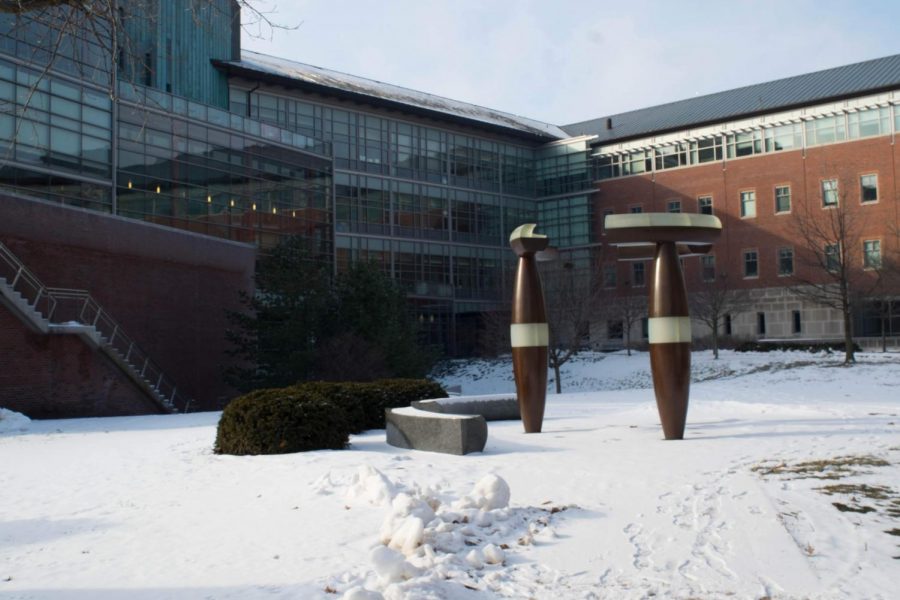 Snow covers the ground in front of the Siebel Center for Computer Science on Feb. 2. Winter months in Illinois can feel extra long if you aren’t prepared for the cold weather.

Right now, Illinois is burning up. People are trying to beat the heat by jumping into Lake Michigan, getting tons of slushies and blasting the AC. Some of us might be suffering in this heat, but don’t let that fool you. Underestimating the severity of our winters is a big mistake. There are going to be days when you walk outside and the degrees will be in the negatives. However, if the weather is above -10 degrees Fahrenheit, chances are the University won’t cancel classes for the day. Here are some suggestions to make those winter months go by with ease.

Winter gear is a must

This is pretty obvious but a very important point because some people don’t consider this. Coats, hats, mitten and boots are the way to go for surviving any winter. They’ll give you the warmth you need when traveling to classes and can potentially serve as conversation starters by people on the street if you have “drip.” Also, if you’re going out with friends to a party or a bar, bring a coat instead of intentionally forgetting it because it “ruins the outfit.” There have been cases where people have developed serious cases of frostbite leading to amputation of fingers and toes.

Black ice is a real thing

Whether it’s driving in a car or walking, black ice, or thin layers of ice on the ground, ruin almost every winter. On the positive, it’s fun pretending like you’re on an ice-skating rink, and it’s hilarious seeing a friend wipe out on the Main Quad. However, black ice is dangerous and serious falls can lead to a concussion or other injuries. Always be careful where you’re walking. If you encounter black ice on the ground, don’t freak out and flail your arms around. I tend to waddle like a penguin over icy patches, which seems to work fine since I only fell once last year.

Commutes take a longer time once the snow starts piling up on the sides of the street. More people are going to want to take the bus, which ultimately leads to a thrown-off morning if you take the bus. To combat this, wake up at least 15 minutes earlier than you did during the fall months. It’s going to be a struggle for those who have early morning classes, but the extra time gives you enough leeway if you’re running late.

If you’re so sick your eyes are swollen shut and you can’t breathe, do not go to class — or outside for that matter. If you do, you’ll probably make worse. By going to class, you’re also risking the spread of a sickness onto others. Once you get to the University, you’ll notice that during the fall, winter and spring seasons entire lecture halls erupt into a symphony of coughs and sneezes. Don’t be a person who adds to the problem.

After everything is said and done, the most important thing is to bear a good attitude about the cold and have some fun! Take this winter as an opportunity to try something new like building a snowman, throwing snowballs at friends or going to a winter-themed event on or around campus. Rekindle those childhood memories from the past or create new ones.