University students weigh in on importance of election 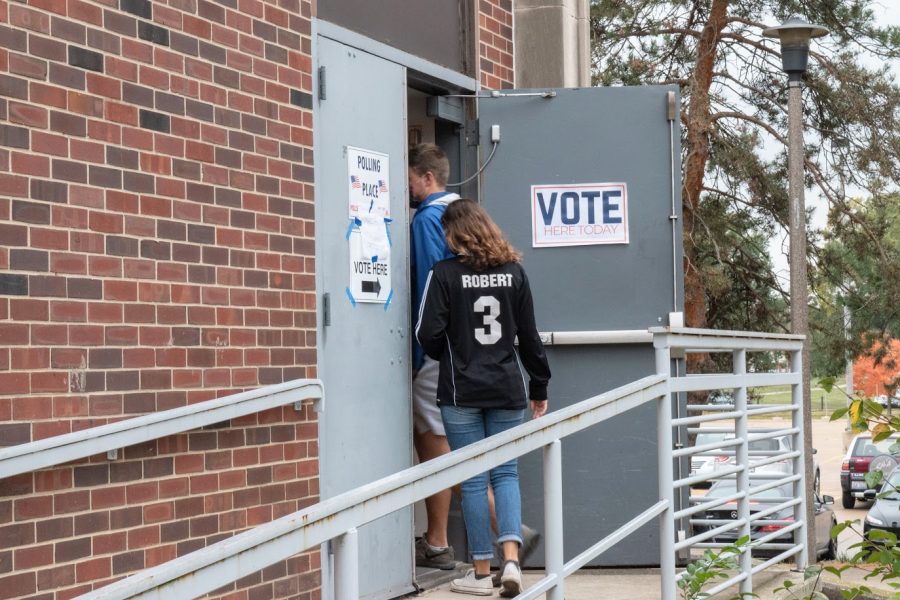 Voters enter the early voting location located in the ARC on Friday. Students share their views on the importance of the 2020 Presidential Election.

With the upcoming election occurring during a worldwide pandemic, it seems as if the stakes are higher than ever before. Every single University student — especially our minority students — have been affected by this pandemic in one way or another. Students have been affected in ways ranging from the stress of remote learning and the move back home to worrying if they can afford groceries next week. Due to the elevated levels of uncertainty and uneasiness in our country, I decided to find out one thing: What does this election mean to the college students on our campus?

Jordan Kahn, senior in Media, views the election as an important time to bring social issues to light as well as figure out ways to improve them.

“It’s a fight for women to have autonomy over their own bodies, it’s a fight for LGBTQ+ rights, for Black lives, for the lives of immigrants, and so many more,” Kahn said.

“This country is broken in so many fundamental ways,” Kahn said in regard to the current state of our country. “We need a period of healing, of reconciliation and of hope.” Kahn believes the election can be viewed as an opportunity to not only improve our country, but also restore it.

Isabella Ramirez, freshman in Media, believes the fate of our environment depends on the upcoming election.

“I feel as if this is a bigger issue than some people believe it to be, so if we vote for people in office who take care of the environment and actually pay attention to what scientists are saying, this will help our country and planet for the better,” Ramirez said.

The way our environment has been handled in the past few decades, especially our approach to combating climate change, has been detrimental to our planet. Students like Ramirez hope this upcoming election will give us a chance to undo the past negligence to our environment.

In addition, Ramirez expressed her concerns about the role of COVID-19 in the upcoming election.

“I have experienced firsthand how hard it can be for people to find support and strength in these times, especially over the quarantine period in Illinois,” Ramirez said. “So many are struggling, and I know having a presidential election during a global pandemic will affect many people’s vote.”

Ramirez also mentioned how the economy has been heavily impacted by this pandemic. Economic and tax plans are imperative now more than ever, and that is why it is so important to do research on specific candidates.

No matter who you decide to vote for this election, remember to keep future generations in mind when entering that polling booth on Nov. 3.

Allison is a senior in LAS.