So what is the Electoral College? 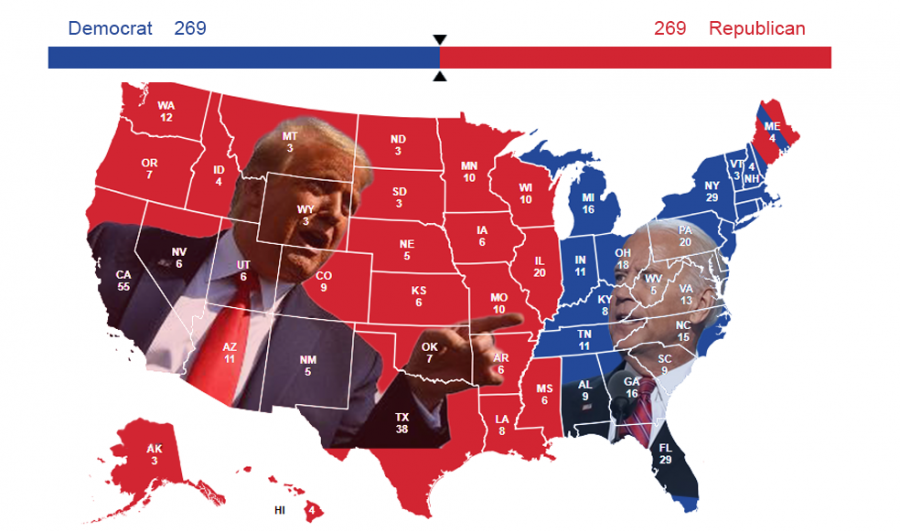 In 2016, then-candidate Donald Trump won the election despite losing the popular vote by almost 3 million votes. To understand how, let’s break down the Electoral College.

The National Archives explain how the Electoral College is chosen and how the electors determine our country’s Presidential and Vice Presidential nominees. The Electoral College dates back to the Constitution and consists of 538 electors who are chosen by the voters themselves. Each political party in every state selects potential electors who are later voted on during the general election, called a slate. The electors chosen may be state-elected officials, party leaders or people in the state with a personal or professional affiliation with their party’s Presidential candidate.

When the general election occurs in each state, the winning candidate’s slate of potential electors are appointed as the state’s electors — except in Nebraska and Maine where electors are distributed proportionally. The winning electors are the people who actually get to cast their vote for presidential and vice presidential candidates. When you cast your own ballot, you’re telling your state which candidate’s electors you want to vote in the election, not voting for a candidate yourself. The state uses your vote to decide who to appoint as its electors.

Each state is allocated the same number of electors as Congressional representatives (both House and Senate combined). Illinois thereby gets 20 electoral votes, the largest in the Midwest. The Electoral College was created to ensure that citizens in less populated states are still able to influence election outcomes. Some states receive more electoral votes than others. Therefore, it’s possible for a candidate to win the election in more populated states, gaining a larger number of individual votes and thereby winning the popular vote. At the same time, they may have won in a fewer number of states overall, thereby obtaining fewer electoral votes and losing the presidential election.

To win the election, a single candidate must win at least 270 electoral votes. On election night, it is most often assumed that the winning candidate’s electors in each state will vote for him/her only, and all of the electoral votes given to a state (again, with the exceptions of Nebraska and Maine) will be assigned to the winning candidate. In reality, however, the electors do not cast their votes until the first Monday after the second Wednesday in December after the general election. Immediately following the general election, the governor of each state will prepare a Certificate of Ascertainment, which lists the names of the members of each candidate’s slate as well as the number of votes each member received. This document states who we chose as our state’s electors.

When the electors meet in December, they congregate in their respective states and cast their votes for president and vice president on separate ballots. These votes are recorded on a Certificate of Vote and sent to Congress to be counted on Jan. 6 in the year following the meeting of the electors. The elected candidate will be sworn-in on Jan. 20 and be able to fulfill his or her four-year term as President of the United States of America.